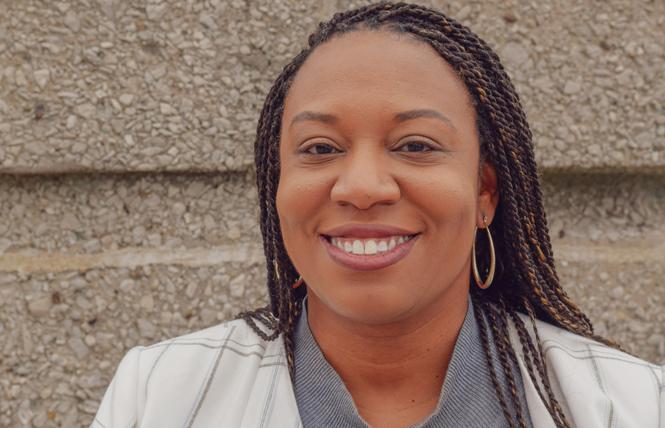 The National Center for Lesbian Rights announced that it has received a $3 million major gift from philanthropist MacKenzie Scott.

It's part of Scott's pledge to give away a majority of her wealth through the Giving Pledge. Scott is the ex-wife of Amazon founder Jeff Bezos and is one of the richest women in the world.

The gift to NCLR was part of $117 million that Scott gave to 116 nonprofits, according to an NCLR news release.

NCLR officials stated that Scott awarded it the funds because of "transformative work" the agency has done in the area of LGBTQ+ equity. Spokesman Christopher Vasquez told the Bay Area Reporter that the impact grant will be paid over three years.

"NCLR is immensely honored to be a recipient of MacKenzie Scott's incredible philanthropic journey," Executive Director Imani Rupert-Gordon stated. "In a world where wealth distribution isn't equitable, Scott's commitment and practice of sharing power, privilege, and resources makes us all stronger."

Scott said that she had made major gifts to organizations that are "driving change," covering a range of issues including racial, LGBTQ, and gender equity; economic mobility; functional democracy; public health; global development; and climate change.

NCLR noted that the funds will allow the organization to continue to provide COVID-19-related services to queer people, including creating policies to decarcerate vulnerable LGBTQ youth during the pandemic and collaborating with the National LGBTQ Anti-Poverty Action Network to connect queer people with COVID-19 resources.

The online event takes place from 5:30 to 7:30 p.m. It is being conducted in partnership with the San Francisco District Attorney's office, the Transgender District, El/La Para Translatinas, and TAJA's Coalition. The forum is expected to discuss hate crimes and incidents against trans and nonbinary people and other topics.

To register, go to https://zoom.us/meeting/register/tJcrduqvqDkiH9ys2ejP-xPlmnV9S_8VKb9u

Castro LGBTQ district to hold final board elections
The Castro LGBTQ Cultural District will hold its last election for advisory board members next month and deadlines are approaching for those interested in running.

There were two other elections for board members earlier this year. This third election was delayed due to the novel coronavirus pandemic and will be conducted online.

There will be a virtual working group meeting to discuss the election Saturday, August 8, from noon to 2 p.m. It will include time to discuss and review election procedures and answer questions from people interested in running. It will also identify gaps in the board's desired diversity, skills, and resources and create an action plan to fill those gaps. To sign up, go to https://us02web.zoom.us/j/4152987833

Five board seats will be open for election on Saturday, September 19, from noon to 3 p.m. Nominations are expected to open after this weekend's meeting. The deadline to file is Saturday, August 29. More information on the election is expected in early September.

Interested advisory board members should be able to commit five to 10 hours per week, attend monthly meetings, and serve on committees.

Ten board members have already been seated and have been working on projects such as securing city funds. The district is also expected to hire its first manager soon.

For more information, go to https://castrolgbtq.org/meet/

Conversation with Atkins
The Public Policy Institute of California will have lesbian state Senate President pro tempore Toni Atkins (D-San Diego) as its guest for its virtual speaker series Friday, August 7, from 11 a.m. to noon.

Atkins will join PPIC's Mark Baldassare for a wide-ranging conversation about challenges facing California during the COVID-19 pandemic and the role of leadership in difficult times.

The event is free. To register, go to https://bit.ly/2EFCsyo 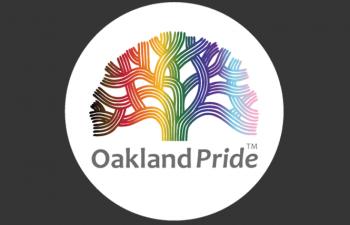 The first rainbow flags were created in 1978 by the Gilbert Baker and his friends, Lynn Segerblom and James McNamara, according to a 2018 Bay Area Reporter article. Baker died in 2017. McNamara died of AIDS-related complications in 1999. Those early flags included more colors and other items, such as stars, than the standard six, which Baker turned into an international symbol of LGBTQ rights.
Oakland Pride's release stated that Baker had assigned meaning to each of the six colors commonly used today: red for life, orange for healing, yellow for sunlight, green for nature, blue for harmony, and violet for spirit. (Some of Baker's flags also included turquoise, which represented magic.)

Davis, who came out as lesbian in an 1997 Out magazine article, continues to speak out on myriad issues.

The evening, a fundraiser for Courage California (formerly the Courage Campaign), will spotlight the visionary leadership of Black, Indigenous, and other women of color; connect Black Lives Matter to our broader lineage of movements; and highlight how we can fight systemic racism on the ballot.

There will also be a performance by the Oakland youth poet laureate Samuel Getachew and a special appearance by gay Emmy-, Tony-, and Grammy-winning actor Billy Porter.

Organizer Paul Margolis stated in an email that over 150 Bay Area groups serving the queer community are expected to participate. Connections at the expo will help them secure new members, volunteers, and donors.

San Francisco Mayor London Breed and gay District 8 Supervisor Rafael Mandelman are expected to welcome attendees. The San Francisco Lesbian/Gay Freedom Band will be on hand, along with the Sisters of Perpetual Indulgence and a member of the San Francisco Gay Men's Chorus.

For more information, visit the Facebook page at https://bit.ly/30mibGG

People are being asked to post their own Rosie tribute message by Monday, August 10. People can don their Rosie outfits and polka dot bandana, strike the famous Rosie pose, and contribute a thank you to the Rosies and a happy anniversary to the park.

The park and the Rosie the Riveter Trust will share the messages the day of the virtual rally.

The trust is also partnering with Columbia sportswear and has a coupon available through September 8. The company will donate 10% to the trust; last year it raised over $10,000.

For more information on how to participate and the coupon, go to https://www.tribute.co/rosie-the-riveter/