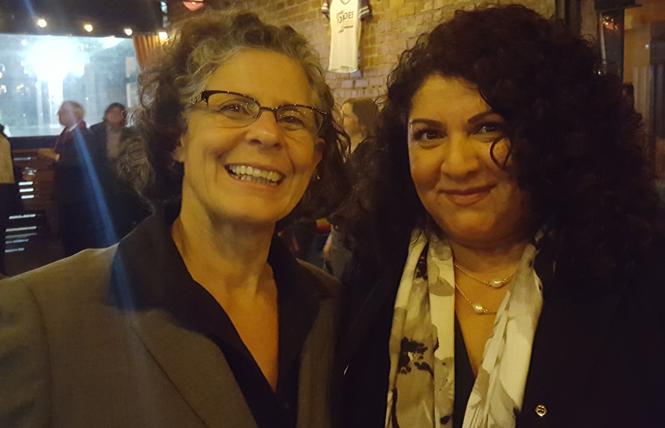 A gay man and a queer Latina are running for an open seat on the Alameda County Superior Court.

A third candidate, a straight woman, is also seeking the seat, which will be on the March 3 primary ballot and became available with the announced retirement of Judge Carol Brosnahan, 84, who has been on the bench for 40 years and runs the county's behavioral health court, which diverts defendants away from criminal proceedings and into treatment programs.

Elena Condes, a longtime criminal defense attorney, held her campaign kickoff Thursday, December 5, at Calavera in downtown Oakland. Several judges attended, as well as other supporters and her wife, Danielle Condes. (The couple live in Berkeley and have a 19-year-old daughter in college.)

In an interview with the Bay Area Reporter, Condes, 57, said she had been thinking about running for judge for the past few years. If elected, she would become the third Latina currently on the Alameda County bench in a county that is 22.4% Latino or Hispanic, according to U.S. census figures.

During her remarks, she noted the historic nature of her run.

"The reason I am running for this seat is that because after more than 25 years as an attorney in Alameda County, there are still only two Latinas who have been appointed to seats on the bench — out of 82 judges," Condes said, according to a copy of her speech. "I am the first Latinx person to run for Superior Court judge in Alameda County. The significance of this is not lost on me.

"We can't wait for someone to decide when and how many seats at the table we get," she added.

In the interview, she said the county's most vulnerable often "have the most to lose," when they encounter the criminal justice system.

"We see all of the stressors in court — domestic violence, mental health, drugs — and the brunt of that is borne by people who find themselves in the criminal justice system," she said.

At the event, supporter Lisa Tracy said that she's known Condes for 10 years.

"For as long as I've known Elena, she's been a fearless advocate on the issue of uneven sentencing in the criminal justice system," she said. 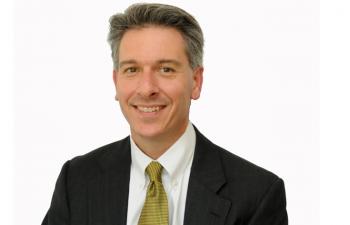 Mark Fickes is a civil rights attorney who lives in Oakland and is also seeking the seat. He told the B.A.R. in a phone interview that diversity is one of the reasons he decided to run.

He noted that the demographics released by the state's judicial council for 2018 showed that out of the 72 Alameda County Superior Court judges who responded, four identified as openly LGBT, with only one of those being a man.

Fickes, 53, is married to William Gentry and the couple have two teenage children. He is a partner in Cannata, O'Toole, Fickes, and Olson, a small San Francisco law firm. He said that he represents people wronged by the government.

Like Condes, Fickes said he's thought about running for judge for awhile.

"I've spent most of my career litigating cases in the public interest," he said, such as whistleblower retaliation.

Fickes said that his experiences have shaped his judicial philosophy.

"As a gay man, court cases in my own lifetime affirmed my right to marry my partner and raise our children with full legal protections," he wrote in an email. "Over a long career, I have seen and lived justice denied, but also seen how the law can create positive social change. So, I would say that my judicial philosophy is to do my best to always follow the law while being mindful to afford every litigant the opportunity to be heard and treated with respect."

Fickes said he has not held a kickoff event yet, but hopes to soon. Some of his endorsers include Alameda County Superior Court Judge Tara Flanagan, one of the few lesbian members of the bench, and gay East Bay politicos Shawn Kumagai of the Dublin City Council and Victor Aguilar of the San Leandro City Council.

In a phone interview, Flanagan said that she's known Fickes for about four years and has been impressed with his demeanor. She first met him when he was representing a client in a criminal case.

"Mark managed his client in a calm way in a difficult situation," she said.

She added that Fickes has been out and active in the community, with the East Bay Stonewall Democratic Club and Bay Area Lawyers for Individual Freedom,

"He's very well-rounded and skilled as a lawyer," Flanagan added.

Alameda County Superior Court Judge Victoria Kolakowski, the only elected trans judge in the country, has dual endorsed both Condes and Fickes. She said that she knows each of them and either would make an excellent addition to the bench.

The third candidate in the race is Lilla Julia Szelenyi, an administrative law judge for the state workers compensation agency.