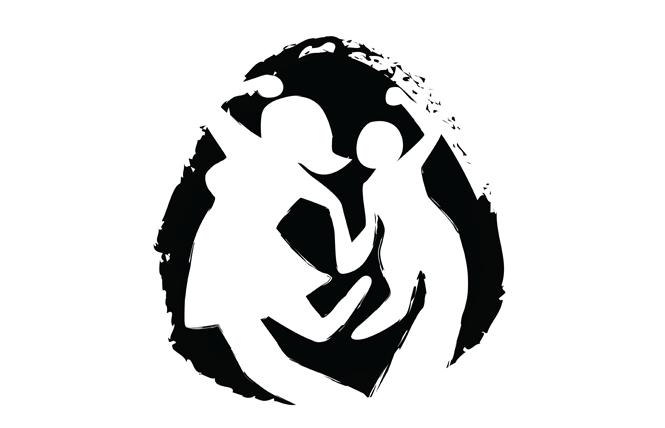 Transphobia, like homophobia, isn't generally using the suffix "-phobia" to mean "fear," but to mean "aversion." It's the same notion as hydrophobic surfaces refer to their ability to repel water.

That said, I feel there is a distinct element of transphobia that is rooted in fear. I think that many non-transgender people have a deep-seated fear, far beyond their rational mind, that if transgender and nonbinary people are able to shift from one expression to another during their lifetime, then their own fixed gender is, inexplicably, under threat.

As both trans and nonbinary identities have gained visibility, you have also seen the established gender identities become more entrenched and more policed. The rise of both may simply be coincidental, but they end up working against each other.

Ironically, while one can hear millions of different ways one isn't "man enough" in this society, transitioning away from a masculine identity seems to be the ultimate way to find that the person is continually told just how much of a "man" one is, but I digress.

Before I say much more, I want to express a point of order: a person doesn't actually need to opt for any surgical or hormonal treatment to identify as any given gender, or to express their gender. Many choose against surgical options, for example, but one's genitals simply do not equal their gender. All ways of being trans are good and valid, and anyone's path is theirs.

I am, nevertheless, going to be talking a lot about such things below. Mea culpa.

The human body is a remarkable thing, and it is capable of displaying all sorts of variation. In the womb at around eight weeks into gestation, the human body begins to form genitals. Initially, this is little more than what's known as a "genital ridge" forming an identical set of genitals for nearly any baby, regardless of chromosomes or anything else. This formation is also, apparently, separate from the formation of gender.

Over the course of the next few weeks, the baby's genitals will usually move away from this single form, with gonads taking the role of testes or ovaries, penis or clitoris, and so on.

Nevertheless, the evidence of our very flesh sharing identical structures no matter what genital configuration one may have remains a part of our life. All humans, for example, have nipples, even though — in most cases — they remain underutilized for about half the population.

With many things, all it can take is the presentation of estrogen or testosterone to change the human body from one distinct shape to another. The addition of estrogen can help form breasts, help soften facial features, and generally make a body to become more feminine in appearance. Add testosterone, and body and facial hair can appear, voices can lower, and bodies can develop a more masculine appearance.

A number of surgical and other options can further alter our bodies, creating vaginal canals, a clitoris, and labia on a body, or a phallus and scrotal sack on another. Breasts can be augmented, testicular implants are possible, and unwanted hair can be removed via electrolysis, for just a few examples.

There are a lot of misconceptions about trans bodies and how they work. Some of these notions are amplified by non-transgender people who delight in spreading falsehoods as a way of tearing down transgender people as a whole. I feel these people are transphobic no matter which way you parse the suffix.

There are many who want tell you that a post-surgical trans person will no longer have any sensitivity to their genitals, or will no longer have the ability to orgasm. Others may claim that a neovagina will be an open wound forever, requiring constant aftercare in order not to simply heal over. Any number of complications may be made up about trans bodies of all stripes.

Virtually all of this is nonsense.

While this was less true in the past, the genitals of a trans person will, by and large, maintain sensation. A penis and a clitoris are analogous structures, and are used as such in many surgical procedures. Hormones also do a lot to affect how these work on a trans body.

Likewise, orgasm is certainly possible for transgender people who opt for surgery. To quote Kate Bornstein in her first book, "Gender Outlaws," "the plumbing works and so does the electricity." Likewise, hormones can change the way an orgasm works for a trans woman, often in very positive, affirming ways.

As for stories of trans women's vaginas as some sort of open wound, this is poppycock. Yes, for the first few weeks post genital surgery, there is an aftercare regime that will require regular use of dilators on a neovagina. After that initial period, the time spent with dilation tapers off.

At no time is it an open wound, and the dilation is more about stretching the skin as it heals into place than it is about keeping a body from healing shut. It doesn't work that way.

Also, once more, no amount of surgery or hormones invalidates one's own innate understanding of their gender, and all trans bodies are valid no matter what. You know who and what you are, always.

I think that misinformation about trans bodies persists because there are those who wish to push transgender people back into the margins, as well as those who — afraid that their own gender identity may be called into question — opt to believe that all bodies are fixed into a one-or-the-other immutable shape.

Gwen Smith was actually very surprised how much hormones alone did. You'll find her at www.gwensmith.com