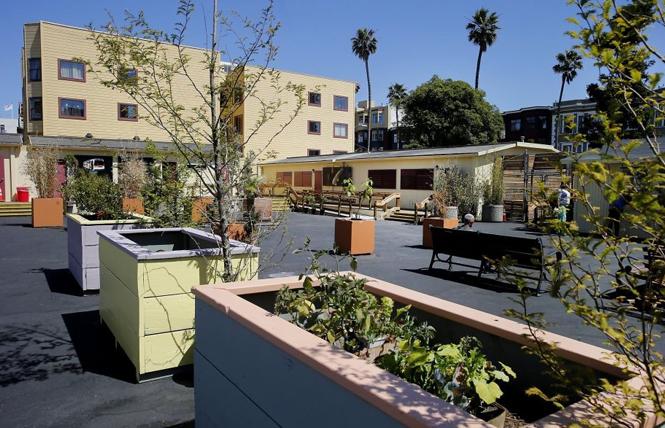 San Francisco officials are eyeing several sites to house LGBT homeless individuals, in particular youth and transgender people, that could open in 2020 and fulfill several campaign promises made by Mayor London Breed.

According to the Department of Homelessness and Supportive Housing, it plans to open a trans-focused temporary shelter dorm and a Navigation Center for transitional age youth 18 to 24 years of age, many of who identify as LGBTQ, sometime in the new year. Both are ideas that Breed has advocated for since she first ran in early 2018 to be elected to Room 200 at City Hall.

"We are working to design a space that can serve as a TAY Navigation Center," said Abigail Stewart-Kahn, director of strategy and external affairs for HSH, at a Board of Supervisors hearing last week. "And with additional new beds for our navigation centers, we can repurpose one of our enclosed dorms for LGBT adults."

Updates on the two proposals were included in the 13-page report dated September 9 that HSH submitted to the city administrator detailing how it is meeting a city mandate to collect sexual orientation and gender identity data. It is one of six departments that have been required to collect the SOGI information since July 2017.

The supervisors' government audit and oversight committee held a hearing, at District 8 Supervisor Rafael Mandelman's request, last Thursday, November 7, to review how the six departments are meeting the SOGI mandate. As the Bay Area Reporter noted in several stories posted to its website last week, the sextet has made progress over the last year in getting their various programs and service providers they fund to collect the SOGI data.

Nonetheless, myriad issues remain in ensuring the information is broad based enough to provide relevant insight into what additional services LGBT people need and what programs currently being offered they are not accessing. Stewart-Kahn acknowledged at the hearing last week that her department has a ways to go to adequately meet its SOGI data collection requirements.

"We are working to bring all HSH data collection systems into SOGI compliance," she said.

Stewart-Kahn declined to specify what sites HSH has under review for situating either the TAY Navigation Center or the trans-focused homeless dorm "until we are further along in the process" and the department is able to engage the nearby communities about the proposals.

As the B.A.R. reported last December, the city over the last two fiscal years has allocated $4.4 million toward a TAY-focused Navigation Center. Clair Farley, a senior adviser to Breed and director of the city's Office of Transgender Initiatives, has been working with HSH officials on opening the facility.

Farley told the B.A.R. she hopes that the location for the TAY Navigation Center can be announced this month. Two sites have been under consideration for the facility, she said, and its timeline for opening will depend on what sort of build out it will necessitate.

"The goal is to have an LGBT-focused section within a broader TAY Navigation Center," explained Farley. "The location being looked at could support that but will require a build out. I don't have an exact timeline yet."

Mandelman, a gay man who has called for additional housing support for LGBT homeless individuals, told the B.A.R. last week that he had not been apprised of the status for opening either of the facilities. Seeing them open next year would be "great," he said.

"I am looking forward to that happening, as I have been calling for the city to open them since I was running for supervisor," said Mandelman, who was first elected in June 2018 to the Board of Supervisors. "It is taking too long to find that site and get that TAY Navigation Center open."

As for a trans-focused shelter, Mandelman noted, "I have heard from many trans people that it is drastically needed."

According to HSH, as it adds new beds within its larger Navigation Center portfolio, it will "gradually repurpose one of the enclosed dorms for additional placements of self-identified LGBTQ+ and gender nonbinary unsheltered persons experiencing homelessness."

Farley told the B.A.R. last week that a site for such a facility has yet to be determined. Nonetheless, she said the goal is to select a location by early 2020 and have the LGBT dorm open next summer within one of the existing Navigation Centers.

"One of the efforts we have been working on with them is how to make the navigation centers more inclusive," said Farley.