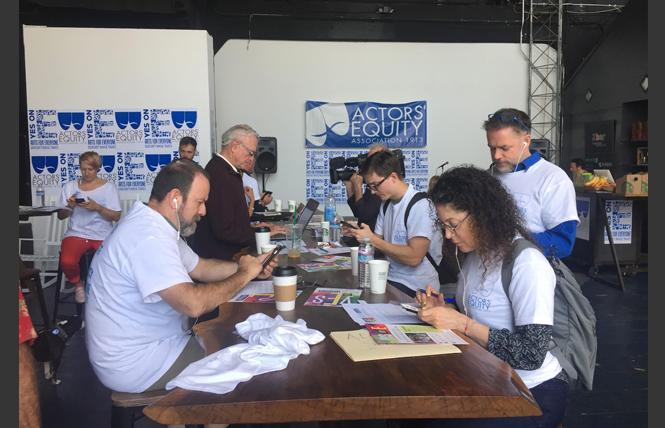 Although there are just a handful of local ballot propositions to vote on come November 6, San Franciscans will be deciding on big issues about arts funding, cannabis, and privacy rights. The Bay Area Reporter had an article last week about Proposition C, the homeless funding measure. This week looks at Props B-E.

Arts funding
A measure many San Francisco performers and artists support is Proposition E, the Partial Allocation of Hotel Tax for Arts and Cultural Purposes. It would allow up to 1.5 percent of the money from the 8 percent base hotel tax that the city already enforces to be dedicated to arts and cultural purposes. The current hotel tax, which includes a 6 percent tax surcharge for hotel rooms that is not part of the ballot measure, is currently available for any public purpose.

The measure is not a tax increase, but a reallocation of funds for various arts and cultural functions. When the hotel tax was first implemented in 1961, a portion of the funds were dedicated to the arts, but over time the city has diverted it to other purposes, the San Francisco Voter Guide noted.

If Prop E passes, the city would be required to distribute revenue to specific uses at a set dollar amount for nonprofit cultural organizations, programs related to the Cultural Equity Endowment, city-owned community cultural centers, and to address other needs in the arts community.

Currently, the hotel tax generates about $370 million, according to the city controller. If Prop E passes, it would increase the amount of money already spent on arts and cultural purposes by $5 million in fiscal year 2018—19, as estimated by the controller.

Kevin Seaman, a queer, gender-fluid man and a paid organizer for the Yes on E campaign said, "It's easy to see the connection between tourism and culture. Investing in a vibrant cultural ecosystem attracts diverse tourists."

Seaman, who is also a drag performer, said gentrification and the high cost of living are pushing out artists and minority groups, and if the city doesn't prioritize funding for the arts community, it will lose a large portion of the diverse culture.

"The city's budget has grown 152 percent from 1997 to 2017, but the arts funding grew by only 14 percent," he said. "If we don't invest in culture like we invest in the police, libraries, and schools we are going to lose that asset."

The measure would also provide a permanent funding stream for the city's cultural districts including the newest Compton's Transgender Cultural District in the Tenderloin. Other organizations that will receive funding if the measure passes include the San Francisco Museum of Modern Art, the Exploratorium, and San Francisco's ballet, opera, and symphony companies.

The measure needs a two-thirds vote to pass. 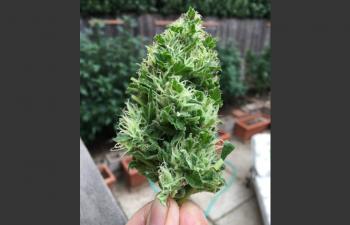 Cannabis tax
Proposition D would implement an additional tax on recreational marijuana retailers in San Francisco. Authored by Board of Supervisors President Malia Cohen, the measure was put on the ballot by the board in an 8-3 vote in July. Gay District 8 Supervisor Rafael Mandelman voted against it, as did Supervisors Jane Kim and Hillary Ronen.

If passed, the city could impose a tax rate between 1 and 5 percent on marijuana businesses with gross receipts over $500,000, depending on the type of cannabis business activity and amount of a businesses' gross receipts. As well, the supervisors could decrease or increase the tax rate, up to a maximum rate of 7 percent. The additional tax does not apply to revenues from the retail sales of medical marijuana.

Revenues from the tax are allocated to the general fund. The city controller predicts it will generate $2 to $4 million in its first year, and $7-16 million in 2021.

David Goldman, president of Brownie Mary Democratic Club and organizer of the Vote No on Prop D campaign, said in a B.A.R. editorial board meeting that the tax is predicted to increase medical marijuana retail prices by 7 percent. He said although the tax does not apply to revenue from medical cannabis, it does not exempt medical cannabis dispensaries that manufacture edibles.

"Medical cannabis patients are being taxed way too much," Goldman said. "Way more than tobacco and alcohol and both are not medical products." He added that there are no taxes on prescription drugs.

Additionally, he emphasized that if passed, the cannabis industry would be taxed at a higher rate than any other industry on gross receipts. This, he said, would only "encourage people back to the black market." Leaders of the campaign believe the industry should be taxed, but at a rate more comparable to other retail businesses.

In the voter guide, proponents, including Cohen, call it a "fair and data-driven tax," and that the city worked with a broad range of community and industry stakeholders to design the tax structure.

Supporters also argue that the money generated would be spent on education about the effects of cannabis, compassion programs for low-income patients, and equity programs for business owners harmed by over-policing. Money in the general fund can be allocated to any public purpose.

Local LGBT organizations, the Alice B. Toklas Democratic Club and the Compton's Trans Cultural District support the measure. "No one should be surprised that businesses are against being taxed, but this affects only recreational cannabis businesses making more than $500,000, so we're really talking about asking the biggest businesses to contribute a small amount," said Eric Lukoff and Gina Simi, co-chairs of the Alice club, wrote in an email to the B.A.R. "This is a reasonable measure."

Other supporters include Supervisors Norman Yee, Catherine Stefanie, and Tang. It requires 50 percent plus one to pass.

Seawall bond
The only safety bond on the ballot is Proposition A, the Embarcadero Seawall Earthquake Safety Bond. It would allow the city to borrow up to $425 million in general obligation bonds over 30 years to repair and upgrade the seawall, which supports Muni, BART, power and water utilities, and historic piers and tourist destinations. It was put on the ballot by a unanimous vote of the Board of Supervisors.

The bonds will fund ongoing design and construction improvements to address the most significant earthquake and flood risks to the wall, which runs about three miles from Fisherman's Wharf to the mouth of Mission Creek, near AT&T Park.

The legal language of the measure emphasizes the future risk to the century-old seawall if it is not repaired stating, "the seawall will likely suffer significant damage during a major earthquake, causing widespread harm to the Embarcadero; historic buildings and piers; critical transportation, utility, and emergency response infrastructure."

According to the city and the Port of San Francisco, repairing and improving the wall is expected to cost at least $2 billion.

City privacy guidelines
San Franciscans can approve a statement of policy regarding consumer privacy protections with Proposition B, City Privacy Guidelines. The charter amendment would create guidelines for city officials and agencies to refer to when considering the adoption of privacy-protective laws, regulations, and policies. It is not required that officials implement any of these guidelines but are simply in place for consideration.

"Tangibly, I don't think it makes any changes at all, it just establishes this as a principle that we should be thinking of going forward and that we should be enacting legislation and trying to make policies protective of privacy," said Mandelman, who supports the proposition.

Within the legal text of the measure it states when the city is considering the adoption of privacy-protective laws, it should ensure personal information is collected, used, and retained only for lawful and authorized purposes. As well, it aims to mitigate bias in the collection and sharing of personal information.

In the voter guide, the Society of Professional Journalists, Northern California Chapter, states that, "[Prop B] would set a vague privacy agenda for our elected officials to implement in the future, without any direct input from you, the voter. There is no telling what the result would be."

An argument authored by seven of the Board of Supervisors in the city voter guide highlights that the amendment would allow residents to opt-out of having their information collected, regulate the way in which ones' information is used by a third-party advertiser, and allow people to travel within the city and not be tracked in real time.