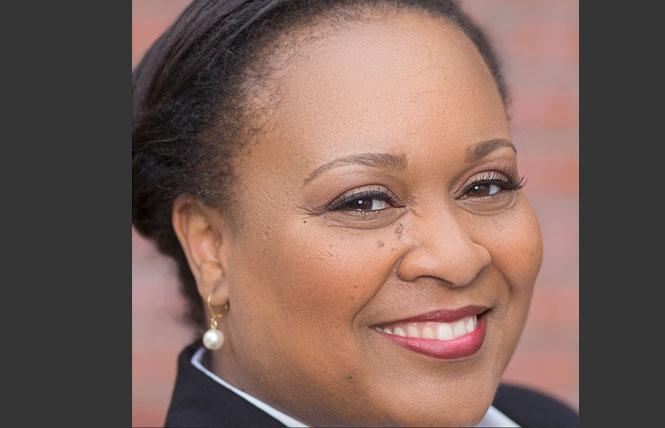 Wilson who, with her husband, has a transgender son in college, took her oath of office Wednesday morning. As her name was the only one on the ballot for the April 5 special election, Wilson garnered 26,293 votes or 100% of those reported as of Wednesday morning.

"Thank you to the voters of Assembly District 11 for your confidence and trust. I am deeply humbled and grateful to have the opportunity to serve our communities in the state Assembly," stated Wilson, who participated in her last City Council meeting Tuesday night. "From constituents who need help with state services, to challenges like rising homelessness, climate change, and keeping our neighborhoods and communities safe, I promise to work every day to deliver results for our communities, and to be a relentless advocate for every person who lives in our district."

She is serving out the term through December of Democratic former assemblymember Jim Frazier, who resigned in order to seek work in the transportation field. Wilson is favored to win the contest in November for a full two-year term in the Legislature's lower chamber.

Due to redistricting the Assembly district is losing most of its areas in Contra Costa County other than Oakley and gaining all of Solano County. Because the filing deadline for the June 7 primary has already passed, Wilson will not be listed as the incumbent assemblymember but instead as "mayor/finance director."

As the Bay Area Reporter's Political Notebook reported last week, there has yet to be a state legislator serving in Sacramento whose child is transgender or nonbinary. Wilson's election comes as the rights of trans people, particularly youth, are under attack across the country.

The opposite is true in California, where bills are pending in Sacramento to improve trans people's access to health care in the Golden State and require community colleges to use trans students' preferred names and pronouns on their diplomas. A similar law was enacted this year that requires the state's four-year colleges and universities not to deadname trans students on their diplomas by using the names given to them at birth that they no longer go by. 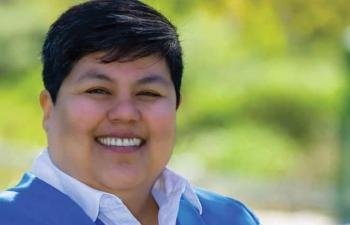 According to unofficial returns Wednesday, Gómez had 37% of the vote. Former San Diego City Council member David Alvarez, who was strongly backed by business groups, was in first place with 38% of the vote.

Lorena Gonzalez Fletcher had resigned from the seat in January ahead of her leading the powerful California Labor Federation this summer. She endorsed Gómez as her successor.

There are still 6,500 ballots to be counted, and San Diego County elections officials plan to post a tally update after 5 p.m. Thursday. As neither candidate is expected to reach more than 50% of the vote to win the seat outright, Gómez and Alvarez will advance to a runoff race on the June 7 primary ballot.

The two will also be competing in the primary race for a full two-year term and could end up running against each other on the November ballot. A win in June by Gómez would mean a record high of nine members in the Legislative LGBTQ Caucus. It would also make her the frontrunner in the general election race for the Assembly seat, which will remain numbered 80.

Gómez tweeted Tuesday night that she is "thrilled to be advancing to the runoff" in which "voters will have a stark choice between real change to make San Diego more affordable for working families who are struggling, and the special interest status quo that's making life harder and more expensive for all of us."

Other special election races
In Los Angeles Lawndale Mayor Robert Pullen-Miles was leading in the special election to fill the 62nd Assembly District seat vacated by assemblymember Autumn Burke, who left due to personal reasons. Burke had endorsed Pullen-Miles to serve out her term this year.

He had 37% of the vote according to the unofficial returns. Trailing him was nonprofit director Tina McKinnor in second place with 35% of the vote.

They two will advance to a June 7 runoff race to fill the vacant seat for the rest of the year.
Both have also qualified to appear on the primary ballot for the contest to represent the newly numbered 61st Assembly District for a full two-year term.

Conway promised not to seek a full two-year term this November and will compete in a June 7 runoff race against the second-place finisher, currently Democrat Lourin Hubbard who was at 20% of the vote Wednesday. 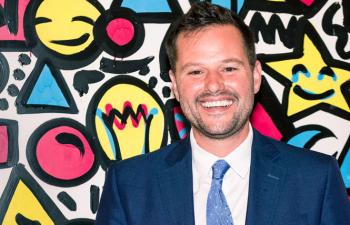 He fell short of the 50%-plus-one-vote threshold to avoid a runoff race, as did second-place finisher gay former District 9 supervisor David Campos. He had lost to Chiu back in 2014 when the former board colleagues sparred over the legislative seat covering the city's eastern neighborhoods.

Despite Haney and Campos both being aligned with the progressive wing of the local Democratic Party, Haney is seen as the more centrist candidate in the race. In endorsing him in the runoff race, Breed pointed to Haney's chairing the supervisors' budget committee and working with her "during extremely challenging times during the pandemic to craft a balanced budget that delivers the services and priorities our city needs."

Her support for Haney bolsters speculation that Breed could tap his legislative aide and de facto chief of staff, Honey Mahogany, to succeed him on the board if he is elected to the Legislature. Were Breed to do that, Mahogany would be the city's first transgender supervisor.

They would also be the first supervisor to identify as queer and nonbinary. Last year Mahogany became the first Black person to ever chair the San Francisco Democratic Party, as well as the first transgender person and drag queen to chair it.

Mahogany succeeded Campos in the leadership role, as he stepped down due to his being elected a vice chair of the state Democratic Party. He is currently on leave from his being chief of staff to embattled District Attorney Chesa Boudin, who is fighting off an attempt to recall him on the June primary ballot.

Political Notebook: 1st parent of a transgender child set to serve in CA Legislature
Sign up!