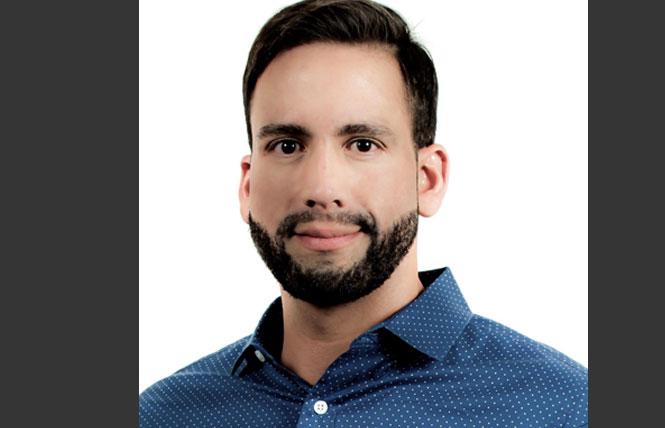 Matthew J. Mimiaga is the director of the UCLA Center for LGBTQ Advocacy, Research, and Health. Photo: Courtesy Fenway Institute

In its second year the UCLA Center for LGBTQ Advocacy, Research, and Health is expanding its work into myriad focuses of inquiry, from HIV and mental health to substance use issues. It is also conducting trainings about LGBTQ health for medical professionals and others interested in learning about the topic.

The center, also known as C-LARAH, has formed a partnership with the Los Angeles LGBT Center to work co-jointly on research projects. It is also being asked to provide expert testimony in court cases related to transgender health and aspects of LGBTQ health.

He earned master's degrees at Brown and Boston University and his doctorate of science from Harvard University. Mimiaga taught at both Brown and Harvard before returning to Los Angeles, where he was born and raised, in 2020 to work at UCLA.

C-LARAH launched that December; Mimiaga had worked on the proposal for it for about a year. Initially thinking he would try to establish it at Harvard then Brown, Mimiaga ended up partnering with the Fielding School to establish it, which he told the B.A.R. "ultimately felt right."

Despite operating during the COVID-19 pandemic, the center has been able to implement several different training programs for students enrolled at both UCLA and Brown. Last summer it oversaw a program funded by the National Institute on Drug Abuse for UCLA graduate students researching substance use among LGBTQ populations.

"Certainly, we are dedicated to sort of addressing a variety of different topics related to training medical doctors and other organizations on different aspects of LGBTQ health," said Mimiaga.
Under the center's purview is UCLA's ongoing involvement with the Multicenter AIDS Cohort Study, begun in the mid-1980s to study the impact of HIV on more than 7,000 gay and bisexual men nationwide. UCLA has the largest cohort of participants, at 3,000 men, and Mimiaga was hired to take over leadership of the school's work on the study.

It received $4 million over five years from the National Institutes of Health to conduct a study on male sex workers who are at risk of HIV and other sexually transmitted infections. It stems from a decade's worth of research already conducted on the population, a majority of whom are heterosexual and likely to transmit STIs to their female partners.

The new study is looking at how to get male sex workers using the HIV preventive medication PrEP and maintaining adherence to the drug. It is recruiting roughly 500 men from across the U.S. for the study.

Such research is important, argued Mimiaga, because "male sex workers are at much greater risk for HIV and other STIs." Providing the men with an "opportunity to go on PrEP if they want to and helping them to adhere to it," he noted, "would make a huge difference in terms of HIV infection in that population."

Other research
Other research C-LARAH is involved in is looking at HIV treatment engagement and adherence with a cohort of 400 LGBTQ youth in Chicago and Boston. Another study is working with 300 men who use meth during sex with other men in Boston, Providence, Los Angeles, and Miami to see if a psychosocial treatment regimen can help them stop using the stimulant.

"We want to get them engaged in activities without drugs," explained Mimiaga. "We want to address their depression and get them back to activities they enjoyed in the past without using stimulants."

Another of the center's studies is enrolling 5,000 young trans women across the country, including San Francisco, Los Angeles, San Diego, and Sacramento, into an intervention focused on sexual risk reduction using a variety of different methods. Funded by the NIH at $9 million over five years, it will examine if the interventions help to keep the participants HIV negative.

It also received a $1 million grant over three years from the National Institute of Mental Health to conduct a study with 150 trans women of any age on their access to PrEP. The federal agency also awarded it a similar grant to enroll close to 80 Brazilian youth living with HIV into a study looking at what barriers they face to accessing medications and adhering to them. 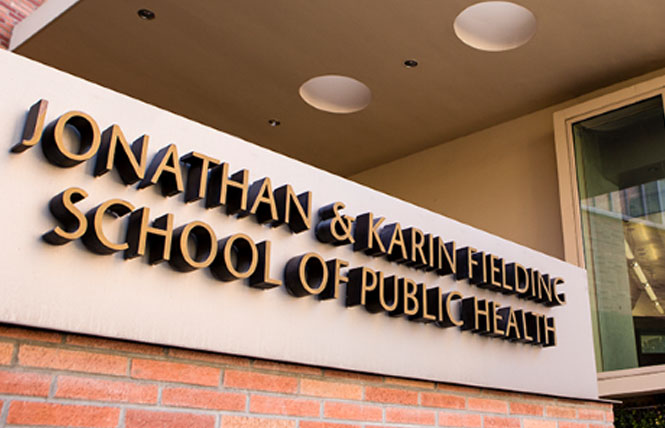 "We are focused on not only improving the health and well-being of the LGBTQ population, but really providing a training experience for our graduate students, post docs, and fellows interested in doing behavioral and epidemiological medical research related to LGBTQ health," said Mimiaga, who has been studying the intersection of LGBTQ health and HIV since 1998.

Mimiaga and the research center have won plaudits from others working in the LGBTQ health sector. Sean Cahill, Ph.D., a gay man who is director of health policy research at Boston's Fenway Institute, where Mimiaga is an affiliated senior research scientist, told the B.A.R. the UCLA institution is unique in the U.S.

"I think what he is doing is very exciting," said Cahill, who has followed Mimiaga's work since his days at Brown. "He is going to produce some really excellent research results. It will hopefully have a positive impact on LGBTQ health equity."

The center's multifaceted approach comes as more research dollars are going toward studying health ailments other than HIV among LGBTQ individuals, noted Cahill, from such national sources like the NIH. Hopefully, it leads to university-based LGBTQ research centers opening up around the country, he added.

"There is a lot more focus on LGBTQ+ health equity," said Cahill, noting that his organization is also increasing its involvement in health research. "There is more funding for it from NIH research money. It means more research is happening on other issues besides HIV."

Scott D. Bertani, a gay man who leads the National Coalition for LGBTQ Health, also told the B.A.R. he was unfamiliar with a similar research center on a college campus focused on LGBTQ health issues. He, too, hopes more universities will support such centers being established on their campuses and establishing partnerships across fields of study.

"I think the more you create awareness of that equity and inclusiveness across health care settings you amplify the message," said Bertani, director of advocacy at Health HIV based in Washington, D.C.

For example, one area of concern Mimiaga shares with his colleagues focused on LGBTQ health research is the ongoing struggle to collect more accurate sexual orientation and gender identity demographic data. Cahill and the Fenway Institute have been leading the calls in recent years to see better collection of SOGI data in various surveys and health care settings.

"There is going to be ongoing effort in terms of advocating for these types of assessments specifically for the LGBTQ population as a whole," said Mimiaga. "Just in the general population, those surveys adding specific questions related to sexual minority status is important in order to be able to compare these populations."

The interest in studying and researching LGBTQ health has grown exponentially in recent decades, said Mimiaga. It is leading to the need for additional LGBTQ research centers, he added.

"You are seeing more universities' schools of public health and schools of medicine be open to starting centers such as our center at UCLA with a focus on LGBTQ health and recognizing the importance of working with that population," said Mimiaga. "Some of the issues faced by LGBTQ individuals are very different than that of heterosexual individuals, so understanding those contexts are important."

To learn more about C-LARAH and its work, click here.