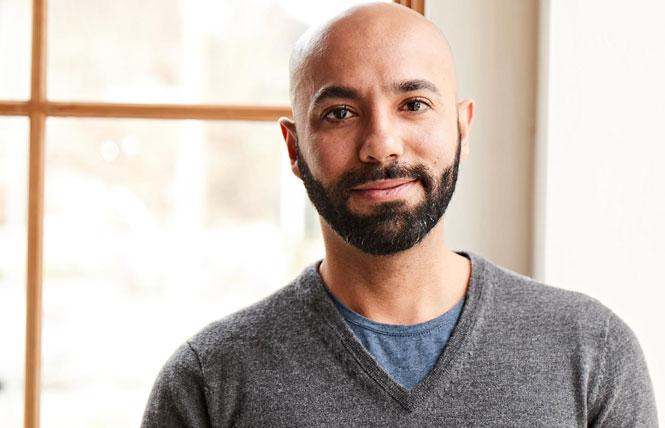 Dr. Nasser Mohamed is believed to be the first physician to offer Apretude (injectable PrEP) in San Francisco outside of a clinical trial.

Mohamed, a gay man, founded Osra Medical in 2019 "to take back my relationship with my patients and empower myself to be the doctor I set out to be," his website states.

The medical center in the city's Lower Pacific Heights neighborhood strives to improve health outcomes for the LGBTQ+ community by offering access to comprehensive primary care, a news release states. Mohamed stated that the advent of injectable PrEP is important.

"I am really excited to utilize my resources to adapt cutting-edge HIV prevention methods and to be among the first to bring it to my community," he stated.

The San Francisco AIDS Foundation also plans to offer Apretude, according to a recent newsletter.

Mohamed is a member of the Golden Gate Business Association, an LGBTQ chamber of commerce. Osra Medical is a member of the National LGBT Chamber of Commerce and a certified LGBT Business Enterprise. For more information on the medical group, go to https://www.osramedical.com/

Castro Art Mart returns
The Castro Art Mart returns Sunday, April 3, from noon to 5 p.m. at Market and Noe streets in the Castro. Formerly called the Noe Street Art Mart, the event will feature live music and works by local artists that will be for sale. The art mart will take place the first Sunday of the month, organizers noted.

Palm Center to hold virtual event; will close later this year
The Palm Center, which worked for decades to repeal the anti-gay "Don't Ask, Don't Tell" military policy and helped advocate for the removal of the transgender military ban, will hold a virtual program Thursday, March 31. The center also announced that it would close later this year now that military service is open to all in the LGBTQ community.

The center will honor Ray Mulliner, a gay man who's been a longtime advocate of LGBTQ equality and worked alongside the late ambassador James C. Hormel, a gay man and philanthropist who died last year.

"It is a special evening for Ray and the Palm Center, one that coincides with Transgender Day of Visibility, which we will also raise up during the event," stated Kristofer Eisenla, spokesperson for the center.

The event begins at 3:30 Pacific Time. Ticket prices range from zero to $1,000 and can be reserved here.

Exploratorium to hold trans visibility events
The Exploratorium along San Francisco's waterfront is having two events to celebrate Transgender Day of Visibility. The programs will highlight the contributions of transgender individuals in the fields of science, technology, engineering, arts, and math (STEAM); offer cultural and scientific context for trans experiences; and celebrate the diversity of human expression, a news release stated.

The Exploratorium's After Dark program (ages 18 and over only) takes place Thursday, March 31, from 6 to 10 p.m. The Trans Day of Visibility program for all ages will be held Saturday, April 2, from 11 a.m. to 4 p.m. Both take place at Pier 15 along the Embarcadero. Tickets for the After Dark program are $19.95; tickets for the daytime event are $24.95. Tickets need to be purchased in advance, and the science museum is adhering to COVID protocols, including patrons showing proof of vaccination.

Presidio sites opening
Two new sites in the Presidio will soon welcome visitors. The Presidio Trust has announced that the historic Battery Bluff will open Saturday, April 23, inviting people to enjoy six acres of restored park land that features gardens, picnic tables, overlooks with sweeping views of the Golden Gate, a multi-use trail and access to historic military batteries not seen by the public since 1936.

According to a news release, Battery Bluff marks a milestone in the completion of a 30-plus year, multi-agency construction effort to replace the outdated Doyle Drive freeway with the Presidio Parkway. Federal, city, and state agencies came together to fund and deliver the Presidio Parkway, which utilized a community-backed design by designer Michael Painter that fulfilled transportation needs, improved access to the Presidio, and upheld standards for a national park setting.

In related news, the long-awaited Presidio Tunnel Tops will open to the public Sunday, July 17. The project was overseen by a gay man, Michael Boland, chief of park development and visitor engagement for the Presidio Trust, as the Bay Area Reporter previously reported.

The Golden Gate National Parks Conservancy, a nonprofit group led by lesbian Christine Lehnertz, helped fund the project by raising $98 million, a news release stated. Between May 2015 and August 2016 Lehnertz served as the first female superintendent of the Golden Gate National Recreation Area, the federal park that surrounds the Presidio, which is a separately managed national park site ().

The Tunnel Tops features 14 acres of new parkland at the heart of the GGNRA and includes scenic overlooks, trails, picnic areas, and gathering spaces with stunning bridge and city views, surrounded by gardens and meadows that include 180 varieties of plants native to the Presidio, the release stated.