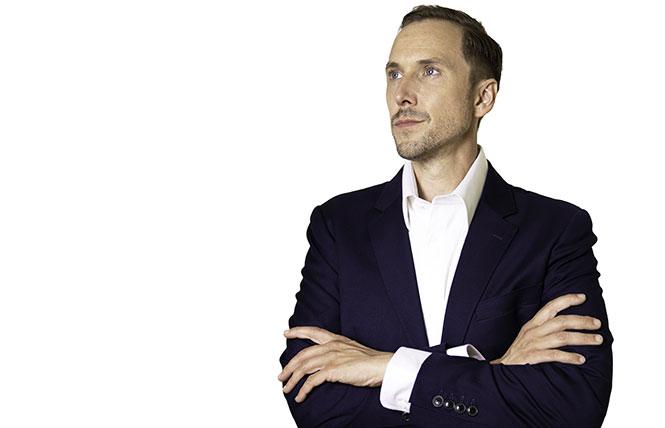 I didn't come out as gay until my late 20s. I feared that if I showed my true identity, I would be judged, rejected, or discriminated against.

In bigger cities today like San Francisco and Los Angeles, the LGBTQ community has made progress and gained widespread acceptance. However, in smaller towns and rural areas, we sometimes still face horrific discrimination. With new anti-LGBTQ bills being introduced in several states across the country, it's now more important than ever to elect leaders who will support and defend our community.

I want to create a more just and equal society for all. I hope you'll consider joining me in this fight and heading to the polls this primary season to elect pro-LGBTQ candidates.

Despite the fact that Americans' acceptance of LGBTQ people is at an all-time high, the Republican Party currently views our community as an appropriate target for their culture wars. Last year alone, more than 400 anti-LGBTQ+ bills were introduced across the country.

In February, Texas Governor Greg Abbott issued a letter requiring the state's Department of Family and Protective Services to investigate parents who provide gender-affirming care to their children for having committed "child abuse."

In late February, Florida's House of Representatives passed a bill known as "Don't Say Gay." The state Senate has also passed it, and it's now up to Governor Ron DeSantis (R) to sign or veto it. The bill would restrict teachers from discussing gender identity or sexuality and even make it legal for parents to sue school districts.

Meanwhile, discrimination and violence against transgender people are already at an all-time high. Last year was the deadliest year on record for transgender homicides. Black or Brown people made up the majority of those killed. Trans people, particularly trans people of color, are also more likely to experience unemployment and homelessness.

Obernolte, the current incumbent (Congressional District 8 changed to Congressional District 23 after redistricting), has been part of the problem. He voted against the Equality Act, which would provide significant protections for LGBTQ people in the realms of housing, employment, credit, education, public spaces and services, as well as federally funded programs. His "nay" vote runs counter to the will of the majority of Americans who support its provisions.

As this extensive record shows, he doesn't have his constituents' best interests at heart.

As an openly gay man living in a smaller California city, I understand how important the Equality Act is. If it passes in the Senate, it would update the current law to include more public services and spaces. Banks, retail stores, and transportation companies would no longer be able to bar anyone or refuse service based on sexual orientation or gender.

As founder of one of the country's largest queer nightlife events, Ostbahnhof, I understand the importance of safe, creative spaces for those in our community. The musical performances, political discussions, and artistic displays we created also raised money for LGBTQ organizations and women's shelters across the country.

Currently, my district does not have any LGBTQ centers to provide resources and services, despite their proven effectiveness. In Congress, I will fight for further investment in centers like these for all of our at-risk communities.

Unlike the incumbent, my platform advances a progressive agenda for all Americans. People shouldn't have to worry about a surprise medical bill, if they'll be able to pay their rent, or whether they will face discrimination. Congress needs to provide basic human services, invest in our infrastructure, and enact a Green New Deal that will provide quality-paying union jobs with full benefits.

The time to transform America is now, but only voters have the power to make these changes happen. I hope you'll join me at the polls and help elect pro-LGBTQ progressive candidates who will fight for the interests of every American, no matter their gender, sexual orientation, or socioeconomic status. Together, we can change America for the better.


Derek Marshall is an openly gay progressive Democrat, community organizer, and longtime LGBTQ+ rights activist. After studying politics and international relations, Marshall moved to Germany to help found a global research initiative alongside the United Nations and later joined the online travel agency KAYAK as director of internationalization. When he returned to California, Marshall organized for affordable housing and climate justice, continued his lifelong LGBTQ+ activism, and cut his teeth on several progressive Democratic races. Marshall spent much of the 2020 cycle in Nevada as a staffer for Bernie Sanders' 2020 presidential bid. He currently resides in Victorville, California where his 2022 campaign is based.