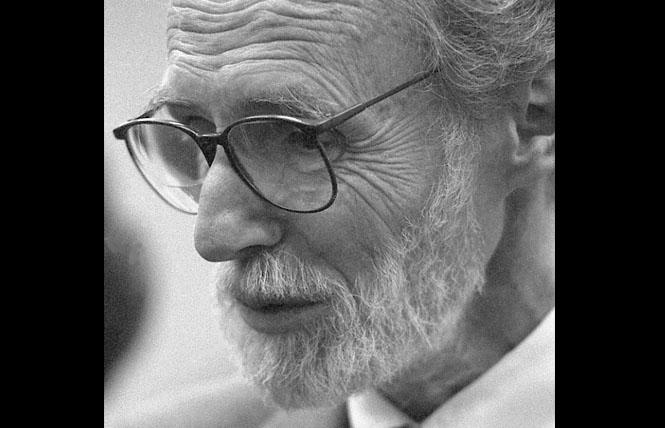 Dennis Cunningham, a longtime civil rights lawyer whose work also included representing gay men who were attacked by police in the infamous "Castro Sweep," died March 5. He was 86.

The New York Times reported that Mr. Cunningham died at his son's home in Los Angeles. The cause of death was cancer.

The Times obituary noted that Mr. Cunningham successfully sued the government on behalf of the Black Panthers, Atticus prison inmates, and others. He was known in San Francisco as someone who was a straight ally before the phrase was coined.

On October 6, 1989, San Francisco police cleared the streets in the Castro, seemingly in retaliation for a protest against federal inaction on the AIDS epidemic that occurred earlier that day near City Hall at what is now called the Phillip Burton Federal Building at 450 Golden Gate Avenue.

The Castro Sweep deepened divisions between the LGBTQ community and the police, which had already been frayed by decades of harassment in bars, the assassination of gay Supervisor Harvey Milk by former police officer and disgruntled ex-supervisor Dan White in 1978, and the subsequent White Night riots the following year, the Bay Area Reporter noted in a 2019 article on the 30th anniversary of the sweep.

The downtown protest was put on by the local chapter of the AIDS Coalition to Unleash Power, or ACT UP, a national group of predominately gay activists who used theatrical demonstrations to call attention to the plight of gay men during the darkest years of the epidemic.

Tensions between the protesters and police rose throughout the march until it reached the Castro, when some demonstrators sat down in the middle of the street as part of a "die-in."

"What they were doing — it was a peaceful protest," Terry Beswick, a gay man who was executive director of the GLBT Historical Society when he spoke to the B.A.R. in 2019.

It was then that the police made the move to clear not only the street but also the sidewalks, forcing people to stay inside of restaurants, bars, and other businesses for about an hour, and injuring people who got in the way.

Lawsuits soon followed, as the B.A.R. reported. In August 1992, the paper reported that the city was in negotiations with several of the plaintiffs who were assaulted by officers. Police Captain Richard Cairns, one of those involved, was suspended by the San Francisco Police Commission for 45 days after being found guilty of misconduct for his actions, as the B.A.R. reported.

Brian Bringardner, a gay man, and 24 others filed a lawsuit against Cairns, and Mr. Cunningham served as co-counsel. The lawsuit claimed that the plaintiffs' civil rights were violated under the California Constitution and the Ralph Civil Rights Act. At the time of the negotiations, Mr. Cunningham said the amount the city was offering was "ridiculous." Four of the plaintiffs died of AIDS-related complications before the case was concluded.

Ultimately, in October 1992, the city and the plaintiffs agreed to a settlement of $225,000. The agreement was reached as jury selection was underway in the trial, as the B.A.R. reported at the time.

"Under the circumstances, the city's hardline position, and the budget crisis, it's not unacceptable or we wouldn't have done it," he said at the time.

Lead plaintiff Bringardner called the settlement "bittersweet." He also said the settlement put the city on notice that "it is a financial liability to have a police department that is not properly trained, supervised, and disciplined."

Mr. Cunningham accused the city of foot-dragging, saying that it "did a massive job" of trying to "suppress the truth and a certain amount of evidence and a number of legitimate complaints."

Louise Renne, the city attorney at the time, told the B.A.R. Mr. Cunningham's accusations that the city tried to suppress evidence to delay the trial were "totally false and wrong."

Reached for comment this week, Bringardner said he was saddened at Mr. Cunningham's passing.

"Dennis worked on police accountability long before it became a popular cause," Bringardner stated in an email. "His intelligence, experience, and tenacity made him a formidable advocate, and he never turned down a fight. And through everything, he kept his sense of humor and warm personality. At a time when 'straight ally' was not even a term, Dennis was a straight ally." 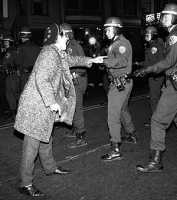