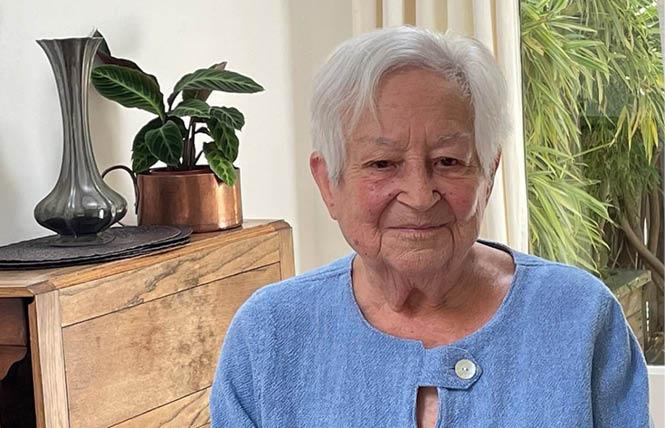 Marcia Freedman, the first out lesbian and American woman to serve in the Knesset, Israel's parliament, died in Berkeley, California September 21. She was 83.

The author, politician, feminist, LGBTQ rights, and Palestinian rights activist served in the Knesset from 1973 to 1977. During her tenure, she was an ardent advocate for women's rights and stood up for Arab-Israeli rights.

An early advocate of LGBTQ rights in Israel, Ms. Freedman came out as a lesbian while she was in the Knesset.

"She was this little woman" — no more than 4 feet 8 inches tall — "and she would stand up in the Knesset and say this stuff, and they just ripped her apart," Terry Greenblatt, a longtime friend from Israel, told the Times. "They called her crazy and a pervert, and they said she was a traitor against the Jewish people."

Ms. Freedman wrote about her time in the Knesset and living in Israel, along with the end of her marriage to Bill Freedman in 1975, and coming out in her 1990 memoir, "Exile in the Promised Land."
In 2015, Ms. Freedman was named by Israel's LGBT national task force as one of the 40 most influential figures in the history of gay rights in Israel, reported the J.

Liana Merom Asif, vice president of resource development and external relations at IGY, told the Bay Area Reporter that Ms. Freedman "was very happy" to learn the college was named after her and the transgender activist Marsha P. Johnson.

"She was a very important figure in the Israeli feminism movement," Asif said, stating that it was something the organization needed to do as a feminist and LGBTQ organization. They were sad she would not be able to see the center.

The Times reported that Ms. Freedman was born Marcia Judith Prince on May 17, 1938, in Newark, New Jersey and raised in West Orange, New Jersey. She was the daughter of an immigrant and union labor leader and sometimes she traveled with her father, Phillip Prince, on some union organizing assignments. Her mother, Anne (Silver) Prince, was a homemaker.

Ms. Freedman went to Rutgers University before transferring to Bennington College in Vermont, where she earned her degree in English in 1960. She earned a master's degree in philosophy from Brooklyn College. She was working on her doctorate in philosophy at Stanford when she was invited to teach for a year in Israel at Haifa University in 1967.

Her family moved to Israel. That year turned into 14 years, with extended stays in the U.S.

Ms. Freedman continued her activism in the U.S. when she returned in the 1980s, settling in Berkeley. She split her time between the East Bay and Israel.

During the next four decades, she continued advocating for resolution between Israel and Palestine establishing Brit Tzedek v'Shalom, also known as the Jewish Alliance for Justice and Peace, in 2002. The organization advocated for a two-state solution and shared capital of Jerusalem. The organization merged with J Street in 2010, which carried on the mission.

She also co-founded the Women's Computer Literacy Project and served on the board of the San Francisco Jewish Film Festival in the 1990s. She established the Lesbian and Gay Aging Issues Network at the American Society on Aging as the society's director of marketing. She was very active at the Ashby Village, an organization that helps seniors remain independent, during the past 11 years.

In addition to her former husband and daughter, Ms. Freedman is survived by her brother, Carl Prince, and her granddaughter Ella Freedman-Hague.