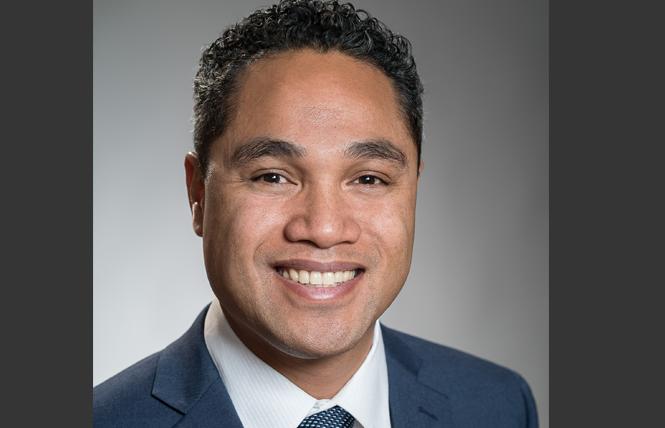 In San Francisco those of us who are Democrats dominate politics in the city. Virtually every elected office is currently held by a member of the Democratic Party. While we have plenty of disagreements over policy, the debate has ultimately been a discussion among different shades of blue that always come together around our shared values that include a women's right to choose, easy access to voting, a living wage, and equal treatment under the law. We also work together to stop threats to our democracy such as Trumpism.

Another current threat in San Francisco where Democrats are on the same page is dealing with the COVID-19 pandemic. We are living a reasonable existence at a time when the pandemic ravages much of the country, where angry debates rage over masking and who and how a person can access restaurants, retail stores and public schools. In our city roughly 80% of residents are vaccinated, and wearing a mask to protect themselves and their neighbors is accepted practice. Our public schools are functioning as normal as possible with very little COVID exposure. Parents and school staff do not have to worry about shouting matches regarding safety protocols at campus entrances, and residents do not have to fear being harassed or mocked for wearing masks in public.

All of this relative calm, created by a city where Democrats control every elected position, should be something that reassures us in our everyday life. However, not everyone is happy with Democrats holding so much power over San Francisco policy. One of these people is Siva Raj, co-leader of the school board recall campaign, who in an interview with the San Francisco Weekly dated September 1, 2021, commented that recalls are necessary because they "are an especially important tool in overwhelmingly Democratic San Francisco to compensate for the lack of competition in many elections." Raj went on to add, "We don't have a competitive democracy and therefore sometimes the only way you have of exerting your will upon a political class and a political process is through the recall effort."

If you are unfamiliar with Raj, a bisexual father, as the Bay Area Reporter previously wrote about in an article about the recall, you are not alone. The San Francisco Examiner reported on April 1, 2021, that Raj and his partner, Autumn Looijen, moved to the city in December 2020 and within just a few weeks decided to initiate a recall of me and two of my colleagues, Gabriela López and Alison Collins. To promote their recall the pair appeared as guests on conservative firebrand Glenn Beck's political opinion radio show on March 14, 2021. Beck concluded his interview with Raj and Looijen by stating, "So glad to see you do this and lead this and stop this madness of local authoritarian style of ruling."

As everyone expected, a recall effort led by two residents new to San Francisco and cheered on by Beck was floundering by the end of May. Recognizing this, Raj and Looijen sent out an email on May 25 informing people they did not have enough volunteer support and needed to expand their fundraising to include the largest donations possible for the purpose of hiring paid petition circulators.

Their fundraising call was heeded. The recall campaign landed individual checks for thousands of dollars over the summer. Raj and Looijen put this windfall to good use. San Francisco Ethics reports reveal they paid Accelevate 2020, a petition circulation company out of Texas, $195,458.12 to gather enough signatures to potentially trigger a recall election. Their strategy worked and the recall went from 25,000 signatures near the end of June to 80,000 submitted to the Department of Elections on September 7.

Janet Edwards, a political consultant quoted in the same SF Weekly article as Raj, stated, "If someone is willing to put enough money into paid signature gathering, you can get almost anything on the ballot," and this is what appears to be happening with this recall. Raj will get his wish of exerting his will on the voters of San Francisco, because in his opinion San Francisco's "overwhelmingly Democratic" leadership is bad for our city.

I view San Francisco politics differently than Raj and Looijen. I feel fortunate that we are a city where Democrats are at the helm. Our leadership is good for San Francisco and better than the alternative, which is why I ask everyone to oppose their effort to recall me and my colleagues. Instead of participating in a hackneyed process championed by Raj and Looijen to benefit the desire of a few, let's judge the merits of our work as individual school board commissioners the way Democrats always do, as different shades of blue during a general election in November 2022.