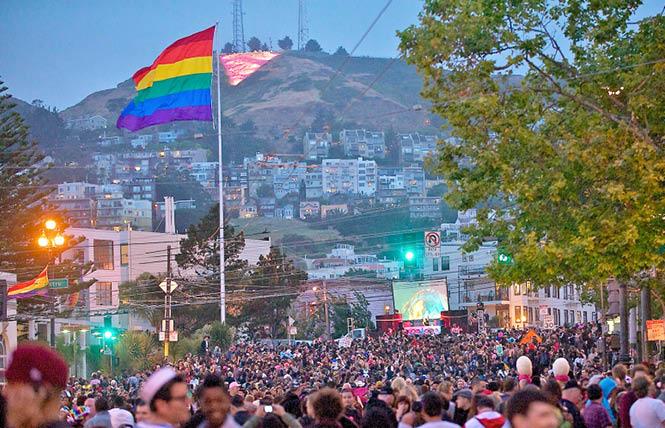 Pink Saturday drew a crowd in 2011, with the illuminated pink triangle on Twin Peaks in the background. Photo: Jane Philomen Cleland

Organizations are in the midst of planning activities for Pride Month in June, including the return of a Pink Saturday dance party in the Castro and an event in Golden Gate Park timed with the observance of Juneteenth.

Longtime San Francisco Pride celebration enthusiasts will be glad to hear that an official Pink Saturday is returning to the Castro this year, after an absence of nearly six years. The Sisters of Perpetual Indulgence stepped away from producing the event in 2015, after saying they could no longer guarantee the safety of visitors. That year the San Francisco LGBT Community Center oversaw it, but the unofficial kickoff to Pride weekend hasn't been held since.

This year the street party will be produced by a different, but familiar, organization. Soul of Pride, the same group that has been putting on performances featuring Black, Indigenous, people of color acts and entertainment for both San Francisco Pride as well as pre-pandemic Pink Saturday performances in the Castro, is this year producing what Castro Merchants Association leadership hope will become an annual event again. No lineup has yet been announced, and calls to Soul of Pride officials were not returned.

According to its website Soul of Pride put on a hip-hop dance party in the Castro the last Saturday in June in 2021, which is typically when Pink Saturday was held.

The official name of the Pride-eve event has also not been announced although Sister Kitty Catalyst of the Sisters of Perpetual Indulgence said that the new event would incorporate "Pink" in its name.

"They reached out to me to be respectful of the Sisters' history," Sister Kitty stated of Soul of Pride organizers in an email to the Bay Area Reporter.

The merchants group is also organizing a family Pride event that same day, not dissimilar to its successful Easter celebration last month. To be located on the 200 block of Noe Street, the event will feature a petting zoo, photos with a Fairy Godmother, and a Best Performers of the Castro contest.

The Easter celebration was a massive success, Castro Merchants Co-President Dave Karraker, a gay man, told members at their monthly meeting, May 5.

"We had an amazing event for Easter," he told the group. "We probably had more than 3,000 people roll through. LGBT artists were there, as was the Easter Bunny." A line of kids eager to have their pictures taken with the holiday rabbit stretched for a block and lasted six hours, Karraker said.

NCLR outdoor party
The National Center for Lesbian Rights is planning its own June event in the National AIDS Memorial Grove in Golden Gate Park.

With the threat of Roe v. Wade being overturned by the U.S. Supreme Court, and the growing onslaught of anti-LGBTQ legislation in statehouses across the country, opportunities to simply come together are more important than ever, organizers said. NCLR is providing that occasion with Pride in the Park, a family-oriented event Saturday, June 18.

The fundraiser, scheduled for 3 to 7 p.m., will feature a slew of activities, including live music, kids' activities, sign painting, lawn games, drag queen storytellers, and food trucks. More serious programming will address the rising tide of anti-LGBTQ activity and legislation. Other highlights will include a special commemoration of Juneteenth, which is June 19 and commemorates the emancipation of enslaved African Americans, as well as recognition of the 50th anniversary of Title IX, the groundbreaking 1972 federal legislation prohibiting sex-based discrimination in any school or education program that receives funding from the U.S. government.

Although fun is the goal, the event underscores the more serious challenges that NCLR — and the LGBTQ community — face in the future.

"Pride has never been more important than this year in terms of how we unite and show our force as a community," said Jennifer Bing, director of philanthropy at NCLR.

The organization, which was founded as the Lesbian Rights Project in 1977, is currently involved in legal actions in Arizona, Alabama, South Carolina, Tennessee, and Texas. It is also the only organization suing the state of Florida to overturn Senate Bill 1854, the notorious and first "Don't Say Gay" bill that was signed into law in March by Republican Governor Ron DeSantis, Bing said.

"It's a really important time for the community to come together," Bing said.

Because of the ongoing threat of COVID, NCLR decided to postpone its regular springtime fundraising gala, which would normally attract upward of 1,300 people in an enclosed space, to November 11 and, instead, offer supporters and revelers a chance to celebrate the organization's 45th anniversary with a smaller, outdoor event, said Bing. She said they're hoping for 300 to 400 attendees at the June party.

Its November gala, however, might serve a double purpose. "Post-election we need to cry or celebrate," observed Bing, referring to the midterm elections that will determine control of Congress as well as governorships and state legislatures around the country.

Tickets to Pride in the Park range from a $60 community rate to $100 per person. Sponsor packages are available, as well. For more information, see the NCLR website.

Castro Plans for No Pink Saturday 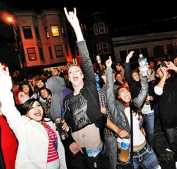 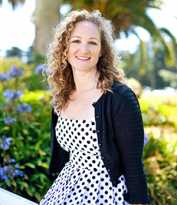