by Pau Crego and JM Jaffe 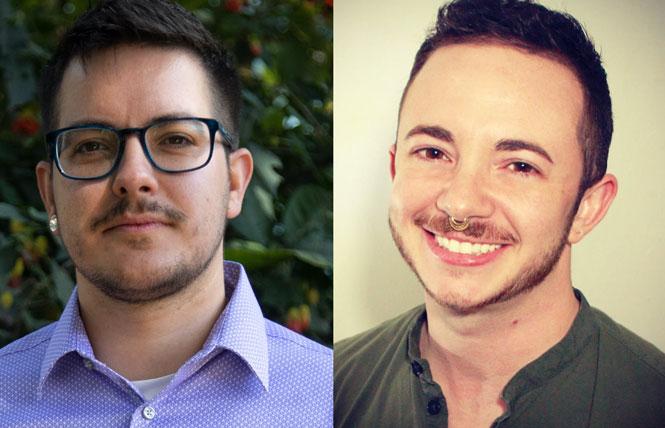 Despite the dearth of research on TGI communities, it is well documented that we experience high rates of health inequities in California and nationwide. This is exacerbated for TGI people who are also Black, Indigenous, people of color, immigrants, disabled, sex workers, trans women, and/or other subpopulations vulnerable to systemic violence. Existing research indicates that these inequities are caused by the pervasive discrimination that we experience in all areas of life, such as housing, education, employment, families of origin, and health care settings. For instance, the 2015 U.S. Transgender Survey reported that 15% of TGI Californians were unemployed (three times the state unemployment rate at the time, 5%), and 30% of TGI people in California have experienced homelessness in their lives. Being shut out of these opportunities pushes many TGI people into criminalized activities, such as survival sex work and the drug trade, which results in high incarceration rates. Without safe housing, education, employment, and health care, TGI people continue to experience serious preventable medical and mental health problems.

Furthermore, even in California it is uncommon to find health care providers with the clinical expertise and cultural humility necessary to treat us with dignity, respect, and clinical competency. The same 2015 study reported that 22% of TGI Californians did not see a doctor when they needed to because of fear of mistreatment; of those who did see a provider that year, 33% reported having one or more negative experiences seeking health care due to transphobia, ranging from being refused treatment or being assaulted in a healthcare setting, to having to teach their provider about transgender people and the medical care they need. Likely a consequence of the minimal education on LGBTQI+ populations that health professionals receive in schools (estimated at under five hours nationwide), health care systems have further disenfranchised a population in desperate need of safe and affirming health services.

Indeed, to TGI and queer people the historical message has been clear: we must take care of our own. To this day, in the absence of bills like the TGI Inclusive Care Act, we have had to create our own clinics and programs to receive safe and clinically competent services. One such clinic is Lyon-Martin Community Health Services, a local and national leader in LBTQI health care. Founded in 1979 to fill a gap in care for lesbian and bisexual women, Lyon-Martin was created to help address the discrimination faced by LBTQI people in health settings. Lyon-Martin, and similar services created by us and for us, are still as relevant today as they were four decades ago, so that as TGI and queer people we can receive care by providers who understand our needs and reflect our lived experiences. Today, over 65% of Lyon-Martin clients are TGI, and our services mirror that: it offers a strong gender-affirming care program with wraparound services including primary care, hormone therapy, gynecological care, sexual health care, HIV and hepatitis C care, substance use disorder treatment, hair removal, speech therapy, a free prosthetics and compression garment program, gender-affirming surgery referral navigation, mental health services, outreach and overdose prevention programming, and acupuncture.

Lyon-Martin, which is again independent as the Bay Area Reporter recently reported, remains truly by and for TGI and queer communities, with the majority of medical providers, mental health providers, and staff overall being TGI themselves. We hear repeatedly that the reason people come to Lyon-Martin is that they know they will not be mistreated; that they do not have to justify their existence to get the care they need; that intersectionality is foundational to our mission; that we serve our communities regardless of ability to pay; and that we do not create unnecessary barriers to accessing gender-affirming care. While the existence of services specifically designed for TGI communities has been and will continue to be crucial for our survival, we should be able to receive the same level of respect, dignity, and expertise in care regardless of whether we can access a TGI-specific setting or not. Even for those of us who can, and prefer to, access TGI-specific clinics, we unfortunately cannot rely on them for all our medical needs. For example, if Lyon-Martin refers a client to a cardiologist for specialty care, it would be life-changing to trust that the cardiologist will provide them with care without misgendering, harassing, or failing to establish rapport.

The second portion of the bill, which will require insurance companies to list in-network clinicians with expertise in TGI health care, will also greatly improve the health of TGI Californians. Lyon-Martin sees clients from all over the state because many TGI people cannot find care close to home. Even when there are gender-affirming services nearby, it involves the client strongly advocating for themselves and navigating an extremely complex bureaucratic system. So, understandably, clients give up, don't get the care they need, and the insurance company saves money. This disproportionately impacts TGI people who desperately need gender-affirming care and are at high risk of serious health issues, such as suicide, substance use disorders, and eating disorders. By increasing transparency, SB 923 will hold insurance companies accountable to the fact that they are required to provide these life-saving interventions to TGI people.

The TGI Inclusive Care Act will address discrepancy in care, by requiring that TGI health expertise is integrated into education for all health providers, and by ensuring insured clients can find in-network gender-affirming services, two crucial issues to tackle the unacceptably high health inequities faced by TGI Californians.

Pau Crego (he/him) is the acting executive director of the San Francisco Office of Transgender Initiatives. JM Jaffe (they/them) is the director of clinic operations of Lyon-Martin Community Health Services.