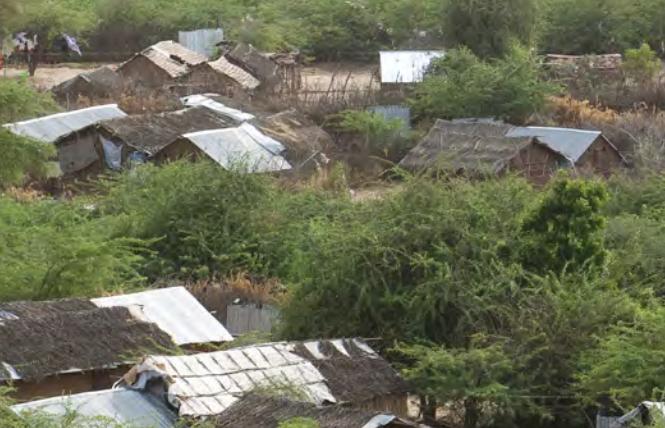 Last month, the Organization for Refuge, Asylum, and Migration and the Rainbow Railroad released a much-needed report on conditions faced by LGBTQ refugees and asylum seekers at the sprawling Kakuma Refugee Camp and the nearby Kalobeyei Integrated Settlement in Kenya. About 160,000 people live at the camp, according to WorldBank.org. We have been reporting for years on the issues faced by queer refugees at the camp, including violence, and the seemingly slow response by the United Nations High Commissioner for Refugees, the agency that works in partnership with the government of Kenya, through Refugee Affairs Secretariat of Kenya, or RAS, to run the camp.

The 36-page report paints a bleak picture for queer people living at the camp, even though Kenya is one of the few African countries that accepts refugees due to sexual orientation, gender identity, and expression of sex characteristics. According to the report, an exact number of LGBTQI+ refugees at the camp and settlement is not known, but estimates put the figure between 280 and 419. Most of those live in Kakuma's Block 13, which has been the subject of much of our coverage. The report stated that interviews were conducted with 58 self-identified LGBTQI+ asylum seekers from nine different countries, along with 18 key informants, or people such as activists and workers at the various agencies providing services at the camp. ORAM and the Rainbow Railroad commissioned John Ndiritu, an independent researcher and author, to write the report. He spent a month embedded at Kakuma in May. UNHCR was aware that an investigation and report were being conducted.

By far the most troubling part of the report revolved around the violence and stigma faced by LGBTQI+ people there. Over 90% of the respondents reported being verbally insulted, 83% reported being physically assaulted with 26% reporting sexual assault, and 88% reported being denied police assistance due to their sexual identity. All of the transgender respondents reported having experienced physical assault. Community and religious leaders noted that most refugees in the camp were from cultural and religious backgrounds that are non-accepting of LGBTQI+ persons, the report stated. And many are afraid that LGBTQI+ people "could influence the life choices of young ones in the community," according to the report. Block leaders tasked with some security responsibilities, including conflict resolution and filing complaints with the police, reported they were overwhelmed by the negative attitudes among most of the refugees toward LGBTQI+ persons.

Queer residents of Block 13 have become vocal and active in recent years, as we have reported. Yet this has led to a small percentage of LGBTQI+ refugees (8%) being concerned that the activism was affecting the overall relationship between LGBTQI+ asylum seekers and service providers in the camp. And three key informants related having heard of staged attacks in Block 13. "It is important to consider that many more may be affected by the actions of Block 13 but are hesitant to openly share their experiences due to potential consequences to their safety," the report states. "It is also important to note the allegations of activity from activists in Block 13 have not been confirmed."

Recommendations
The report includes 10 recommendations. We won't get into all of them here, but suffice to say that some activists were not pleased that immediate resettlement wasn't the top one. As ORAM Executive Director Steve Roth said, the situation is complex. He told us that resettlement to another country is not going to happen overnight and is a solution that's not available to everyone. He has a point. U.S. immigration policy still doesn't seem to have a plan to assist queer Afghan refugees from that war-torn country. In the shorter term, though, there are several things that can be done to assist LGBTQI+ refugees in Kakuma. The top recommendation in the report is that RAS must fast-track refugee status determination of LGBTQI+ asylum seekers with further support from UNHCR and civil society organizations. The backlog in cases is quite high, the report noted, and this would reduce the need for keeping asylum seekers in camps for long periods and fast-track relocation to safer and more accommodative environments. The second recommendation is that RAS and UNHCR must create more responsive and sensitive protection services for LGBTQI+ refugees. This, too, should be a top priority, especially given the report's findings. This could include UNHCR-led safe houses away from the camp and sensitivity training for law enforcement, which is sorely needed. Police officers staffing the gender-based violence desk need to be sensitized on sexuality and sexual identity, and the report identified this as a relatively low-cost activity.

The report did state that government resettlement must resume and that LGBTQI+ refugees from Kenya should be fast-tracked as its fourth recommendation. This would involve UNHCR and civil society organizations. Another recommendation is that UNHCR and civil society organizations continue to build skills development programs so that camp residents can work. ORAM started training queer refugees with entrepreneurial skills in 2019. It also provided seed funding for new ventures raising chickens and making soap. Roth said recently that they've hired two new local trainers and taken on five new local groups.

Overall, the report should be seen by UNHCR officials as a document to embrace. As the refugee agency of the United Nations, it should be leading the calls for more equitable treatment of LGBTQI+ refugees at the camp, including increased funding and meetings with authorities and stakeholders from other communities. Ongoing education is critical, and we hope Kakuma sees marked improvement in safety for the queer refugees who don't have anywhere else to go. Many escaped brutality in their home countries only to encounter more violence once they arrived at Kakuma. It's time for civil society organizations to beef up their training and services, and for UNHCR and the Kenyan government to take action in regard to police training and responsiveness so that LGBTQI+ people can live in a safer environment.

Editorial: New census leader should include LGBTQ data
Sign up!