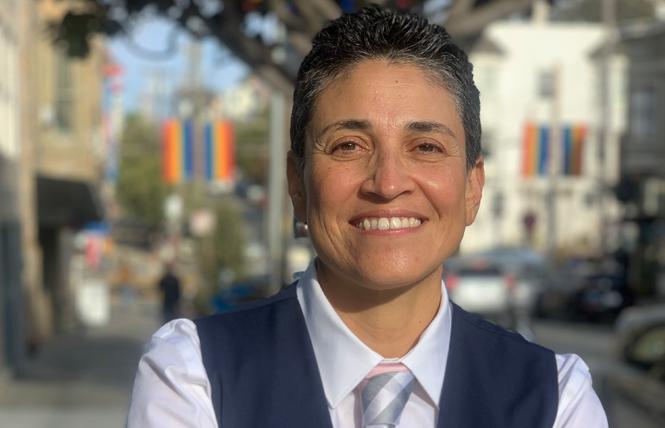 As it once again provides in-person services, San Francisco's main LGBTQ youth agency has welcomed onboard its new executive director. While Laura Lala-Chávez doesn't expect to roll out new programming until next year, addressing the housing needs of the city's homeless queer youth is expected to remain among the agency's top priorities.

Lala-Chávez, a nonbinary, first generation Mexican-American, officially took over leadership of the Lavender Youth Recreation and Information Center Monday, October 25. LYRIC's interim executive director, Toni Newman, is staying on board to advise Lala-Chávez until November 15, when she will depart to lead the Black AIDS Institute in Los Angeles on an interim basis.

"Laura knows what she is doing and has been working with youth for years. I am just here to support her and pass on information," said Newman, a Black transgender woman who has been splitting her time between San Francisco and Los Angeles, where her husband lives, for the last year.

In a joint phone interview with the Bay Area Reporter the morning of Lala-Chávez's first day, the two LGBTQ leaders spoke about the challenges LYRIC and its clients ranging in age from 11 to 24 have faced throughout the COVID-19 pandemic and what is in store at the agency's "Purple House" at 127 Collingwood Street in the heart of the city's LGBTQ Castro district.

"Right now I just really want to know where the programs are, get to know the staff, and find out what has been going great and what have been some of the challenges," said Lala-Chávez, who has two young children with their spouse, Cheryl. "We are still obviously in a pandemic."

Like all other nonprofits in the city, LYRIC was ordered to shutter its doors in March 2020 at the start of the health crisis and pivoted to offering what services it could via online platforms. Last month it reopened its doors and is now open from 10 a.m. to 6 p.m. weekdays, noted Newman.

"We are seeing our numbers go back up and the youth reengaging," she said.

But the prolonged closure of its building and inability to see its young clientele face-to-face took a toll, Newman acknowledged. As with other vulnerable groups, such as LGBTQ seniors, LYRIC clients struggled with the isolation and loneliness brought on by the need to shelter-in-place and restrict social interactions because of the health crisis.

"We have seen that a number of youth have been depressed, lonely, and that type of thing. That comes from frontline staff who directly work with the youth," said Newman. "It is why we opened back up so the youth have a place to come to, get something to eat, and reengage with staff and other youth."

All of LYRIC's employees have been vaccinated, said Newman, and are required to wear masks while indoors at the office. Youth entering LYRIC's building also must wear masks, and the agency is hoping to soon offer COVID testing to its clients.

"We have PPE on the first floor and all that stuff, so they can put on a mask and be safe as well. We hope to be testing the youth in the short future as they come in, and we are trying to work that out now," said Newman. "I just think it is important we take care of our youth and everyone is tested. It is beneficial to staff and youth."

With vaccines expected to soon be rolled out for children under the age of 12, LYRIC is working with the city's health department on being able to refer its clients not yet vaccinated to providers that will inoculate them against the coronavirus, said Newman.

Added Lala-Chávez, "LYRIC wants to make it as easy as possible to bring all resources to youth."

As they evaluate what programs LYRIC is currently offering and what gaps there are in its services, Lala-Chávez said top of mind for them is ensuring the agency is equitably meeting youth where they are at and that an expansion of its services is done in a sustainable manner. LYRIC's current fiscal year budget is set at roughly $3 million, and Lala-Chávez will be earning $160,000.

"I want to be intentional and not adding too much to everyone's plate," said Lala-Chávez, adding that their aim with adding any new programs is to see it is "quality programming instead of stretching us too thin. I want to learn what went well during the pandemic and shelter-in-place to really assess what type of programming we have going into the future." 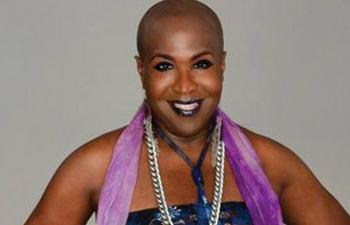 Housing is a need
One issue impacting LYRIC's clients that became even more of a concern during the pandemic is housing, noted Newman. The agency is a designated Coordinated Entry site for homeless or marginally housed transitional-age youth (18-24 years old) and helps connect them to various resources and housing opportunities.

"If they go to a shelter, often they are misgendered and they are mistreated. It is a lot," said Newman.

In order to immediately move youth from the street to housing, LYRIC will book a short-term rental through such sites like Airbnb or a local hotel room, Newman noted. It is in the process of finalizing a $100,000 contract with the city's homelessness department to continue offering such a resource, she noted.

The paperwork required of the city's coordinated entry program "can take a while and that is leaving youth on the street; that is unacceptable," said Newman. "Being able to say we can put you up, get this thing figured out, and get you off the street is a beautiful thing."

Lala-Chávez added that addressing LGBTQ youth homelessness will remain a priority for the agency under her tenure. It is estimated that upward of 40% of the city's homeless youth identify as LGBTQ.

"It has been one of the biggest challenges for youth here at LYRIC and definitely a challenge citywide," they said. "Definitely, it is top of my mind for sure."

Lala-Chávez is joining LYRIC a month after the agency's board and staff finalized a contract so its employees are now unionized, and several months before it undertakes a major renovation of its building in early 2022. Former executive director, Jodi Schwartz, a queer woman who led LYRIC for 15 years, is now overseeing the $2.5 million capital campaign for the long-planned project that will bring interior and exterior upgrades to the agency's building.

"I think the focus for us is really to prioritize LGBTQ youth, in particular youth of color, in the city not just here at the Purple House but across the city, and finding partnerships across the entire city that really uplift LGBTQ youth and youth of color," said Lala-Chávez, 42, who had been executive director of Challenge Day, a national organization focused on building empathy, compassion, and equity in school communities across the country. "I will be working on establishing and reestablishing those relationships, so all the youth we serve across the city are uplifted and supported not only through the pandemic but going into the future post the pandemic."

As for Newman, she said she is looking forward to working with the staff of the Black AIDS Institute to move beyond its controversies this year stemming from the firing of its previous CEO Raniyah Copeland in late August. She had complained months earlier that the nonprofit's board president had fostered a toxic work environment.

"This is the first time in eight years I will actually be working in L.A. and not commuting" via airplane, said Newman, who a decade ago had worked closely with the AIDS agency. "I am very familiar with the Black AIDS Institute and their fight to end the AIDS epidemic in the Black and Brown community. I only take jobs with missions close to my heart ... and I am happy to step in and reassure the staff as we move forward."

To learn more about LYRIC and its programs, visit https://lyric.org/

LYRIC gets go-ahead from SF planning panel for renovation project
Sign up!