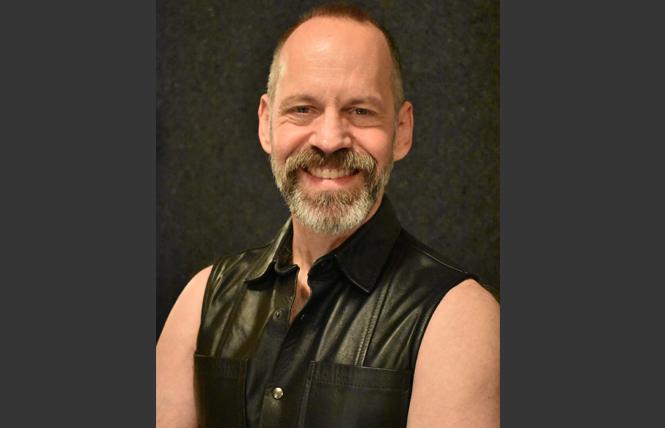 A familiar face in San Francisco's leather community has been tapped to be the first executive director of the Leather & LGBTQ Cultural District in the city's South of Market neighborhood.

Robert Goldfarb, 60, has started as the inaugural executive director of the leather cultural district, he told the Bay Area Reporter Monday, October 11.

While the leather cultural district was established in 2018 — there are also queer cultural districts in the Castro and Tenderloin neighborhoods — there had not been an executive director per se until now because Goldfarb had been doing much of that work on a volunteer basis as president of the district's board, he said.

"They felt, in fairness, we should move it to a paid position," Goldfarb said. Goldfarb, a gay man, resigned as president of the board before taking the job as executive director.

Goldfarb did not disclose his new salary.

He was replaced as board president by Bob Brown, who stated in a news release that "I look forward to continuing to work with Bob Goldfarb, in our new capacities in continuing to preserve our heritage, expand our branding, and provide economic development for existing and new businesses in the coming year. We've had a successful year and there is much more to come."

Goldfarb said that as executive director he will continue what he'd already been doing.

Goldfarb said he'd particularly like to see more murals within the district.

Goldfarb said the executive director work is different from the work of District Manager Cal Callahan, who was hired last summer>.

"We have slightly different roles," Goldfarb said. "The executive director has a little more to do with government, interacting with the city, and those sorts of things. There are more long-term things with an ED. ... The district manager deals with events and coordinating those."

Callahan, a gay man, stated the B.A.R. that the district is poised to continue its growth.

"The Leather and LGBTQ Cultural District has already accomplished much in SOMA," Callahan wrote. "With both Bob Goldfarb and Bob Brown in leadership roles, we are poised to bring even greater community and vitality to the district in the future."

Goldfarb said that these changes came about "a couple weeks ago," but "paperwork" had to come through before they could be announced.

"I am looking forward to continuing to work with the Leather and LGBTQ Cultural District," Goldfarb said. 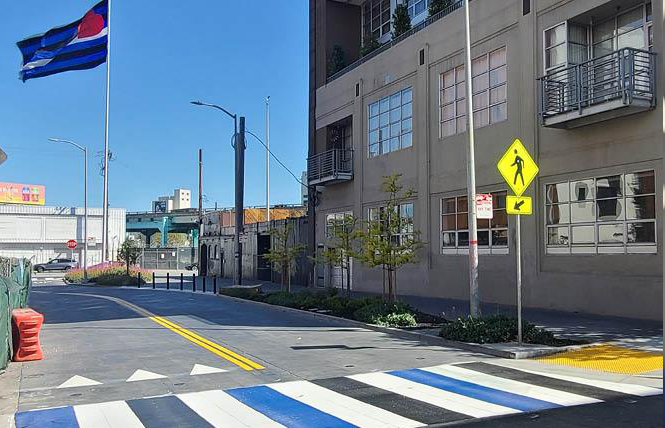 In a recent Guest Opinion piece in the B.A.R., Goldfarb wrote about how the leather community came to call SOMA home.

"The leather community originally gravitated to SOMA because there, they found both acceptance and affordable rent," he wrote. "These are both increasingly threatened by gentrification as the entertainment and industrial spaces our community has traditionally used to house our groups and venues are being redeveloped."

"The only way we will avoid permanent displacement is to buy a building to house a leather community center, and indeed, that is our long-term goal," he wrote. "In the meantime, we are focused on easing those challenges in various ways. For instance, we are working with developers to include lease addendums to make new residents aware that events like Folsom Street Fair may bring some interesting clothing choices and entertainment to the streets, along with all the commerce, art, and excitement."

The Leather & LGBTQ Cultural District receives $230,000 in Proposition E funds per year from the city, Goldfarb said. Voters passed it in 2018 to reallocate a portion of hotel tax revenue for arts and cultural purposes.

Guest Opinion: Every day is a celebration in Leather & LGBTQ Cultural District
Sign up!