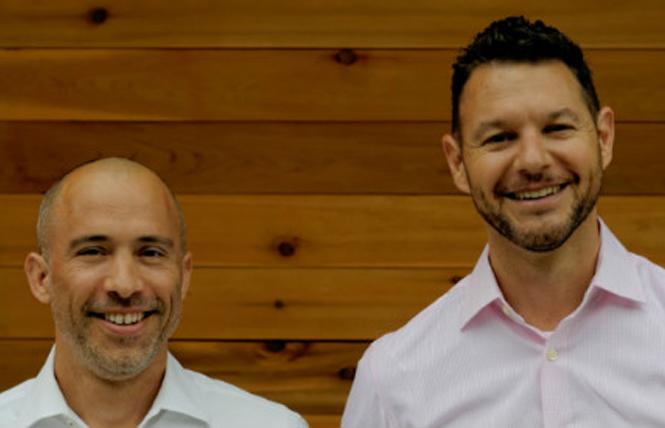 It's no secret that LGBTQ+ people face a range of financial challenges that heterosexual people simply don't need to contend with. Less discussed are the effects of financial discrimination on building LGBTQ+ generational wealth. The stereotypical view of a wealthy gay couple with no children and a sizable disposable income is just that — a myth.

In reality, the American Dream — buying a home, getting married, having kids, finding a good job, and investing in a 401(k) — is out of reach for many LGBTQ+ people, according to a survey by TD Ameritrade. Almost two thirds (35%) of LGBTQ+ millennials say they are unlikely to achieve these goals by age 40, compared to fewer than half of straight millennials. The same survey found that while the average annual income for a straight household is $79,400, the average LGBTQ+ household earns just $66,200 a year.

LGBTQ+ people are being left out of generational wealth for many reasons, including family rejection, systemic barriers, and a lack of financial education. With almost half of queer adults saying they have been excluded by a family member or close friend as a result of their sexual orientation or gender identity, according to a study by the Pew Research Center, a lack of familial financial support is a common problem for many in the community.

This combination of unique financial barriers that LGBTQ+ people face is what has led to a generational wealth gap. It's a problem that will only affect more queer people if it's not addressed.

Legacy financial exclusion
At every stage of life, it's not uncommon for LGBTQ+ people to encounter financial challenges that their heterosexual counterparts won't face. Being kicked out of their homes as teens due to unaccepting parents, not receiving financial support from family for college, being removed from an inheritance — the financial cost of being LGBTQ+ can be substantial.

With the average inheritance reaching close to $177,000, according to a HSBC survey, and Cerulli Associates forecasting that up to $68 trillion will trickle down to younger generations within 25 years, LGBTQ+ heirs could collectively lose trillions of dollars through inheritance exclusion.

"Even much smaller amounts could help folks pay off debt, pay off a home, send their own kids to college, and help them with their own retirement. Many LGBTQ+ kids aren't getting these benefits," explained John Auten-Schneider. He is the co-owner of The Debt Free Guys blog and host of the Queer Money podcast, a leading gay money blog and podcast for the LGBTQ+ community run by him and his husband, David Auten-Schneider.

Raising a deposit for a house or apartment can be a difficult task for all people, but without financial support from family, many would not be able to fund a deposit. When David Auten-Schneider's parents pass away, his sister will likely be inheriting upward of $1 million. Yet, David Auten-Schneider said, he won't receive any of this money, solely because he's gay.

"His parents have every right to do with their money what they want, but it's a particular disappointment that they'll do this only because he's gay. This, of course, means we need to plan differently for our retirement than his sister does," explained John Auten-Schneider.

Just because the men are LGBTQ+ financial experts doesn't mean they don't deal with many of the same systemic challenges that impact other members of the community. Younger LGBTQ+ people also face challenges directly related to their sexuality or gender identity.

A disproportionately high number of young people experiencing homelessness identify as members of the LGBTQ+ community. According to research from the Williams Institute, an LGBTQ think tank at UCLA School of Law, between 20% and 45% of homeless youth identify as LGBTQ+. Lacking access to basic housing or financial support from family can set up a young person for economic disadvantage before they even graduate from high school.

Queer students also shoulder a larger student debt burden than their straight peers — to the tune of an extra $16,000.

"This has been attributed, in part, to LGBTQ+ college students assuming more debt simply to leave hostile home lives. In some cases, parents may forgo helping their queer children in favor of helping their straight children," said John Auten-Schneider. 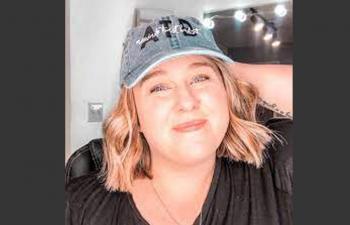 Knowledge is power
At the start of 2020, Michigan-based Lexa VanDamme was at her financial rock bottom. Stuck at work after a 70-plus hour workweek with no money in her bank account, bills due the next day, and a broken-down car, she decided to make a change.

"I realized that I needed to face my financial situation," said VanDamme. "I dove deep into the online world of personal finance to learn about budgeting, debt payoff methods, saving, and investing."

After her crash course in finance, VanDamme refinanced her credit card debt into a lower-rate personal loan, created a workable budget, and started a side hustle to make extra income. There were a few bumps on her journey: "I actually cycled back into credit card debt three different times. I would pay it off, then eventually max it out a few months later," said VanDamme. Still, she managed to pay off her debt by following the financial rules she had set for herself.

While trying to learn about personal finance on her own, VanDamme realized there was a need for accessible and relatable content that appealed to a wide range of people. She decided to create the Avocado Toast Budget, or ATB. Starting out as a blog just over a year ago, ATB now counts more than 400,000 followers on TikTok.

"For the longest time, the loudest voices in the personal finance community were cis, straight white males and, as a queer woman, I wanted to share information and tips that were often overlooked by those creators," said VanDamme.

For many LGBTQ+ people like VanDamme, after spending so long hiding who she really was, she wanted to live as true to herself and be as free as possible.

"This led to me ignoring my spending habits and being stuck in the paycheck-to-paycheck cycle," she said. "Airing my financial dirty laundry brought up similar feelings of anxiety and concern I felt when first coming out. How would people react? What would they think?"

There is already a heavy stigma around talking about personal finances, especially when people may be struggling financially.

"Since queer people often spend our lives fighting for the world to accept us and our queerness, we may be less apt to talk about our financial insecurities and struggles," said VanDamme.

Genuine representation goes beyond just diversifying the financial content creators who receive media platforms, with the advice given by these experts also needing to be fully inclusive. "Advice tended to ignore how systems of oppression affect people of color, women, the LGBTQ+ community and more. We know statistically that it's easier for some to build wealth than others," she added.

VanDamme has an ongoing series on Instagram focused on the intersectional nature of many financial issues. The series helps shed some light on the economic realities that often contribute to minority community challenges. From financial inequality that disproportionately impacts disabled people to wealth inequity and racism and the cycle of poverty, VanDamme works to educate her audience on pressing topics that matter to them.

"It's especially important to talk about the financial challenges that trans people in our community face. This includes increased reports of lower wages, limited and more expensive housing options, and twice the rate of unemployment. This heavily impacts their ability to build wealth," she explained. 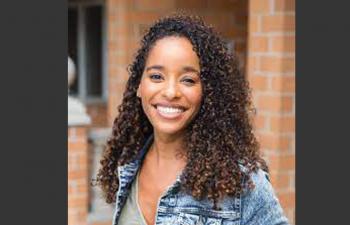 According to research from the Federal Reserve, the average white family's wealth is eight times higher than the wealth of an average Black family. The gender pay gap also contributes to excluding women from building generational wealth, according to the latest statistics compiled by Pew Research, which show that women earned 84% of what men earned in 2020.

Carmen Perez, creator of Make Real Cents, a personal finance blog dedicated to helping people achieve financial independence, believes it's important to have experts who are more representative of the people they're speaking to.

"I heard a quote a while ago: 'You can't be what you can't see.' I think that's really important because eventually, if you don't have a model to follow, either you have to be the first, or it's never going to happen," she said.

As a woman of color and a lesbian, Perez knows firsthand how important it is to address the absence of representation in financial education.

"It's definitely one of the things we have to step back and look at in the LGBT community," said Perez. "There's a compounding effect because not only am I part of the LGBT community as a lesbian, but I'm also a minority, and I'm also a woman, and there's a lot of hurdles up against a lot of folks in this space."

With more than 60,000 people following her Make Real Cents account, Perez is playing a part in democratizing access to finance. There, she does everything from break down the cost of credit to explain 401(k) company matches with easy-to-read graphics and Insta stories. Her methods are a world away from the complexity of some traditional financial advisers and tools.

"Millennials are starting to change the money game because we're delivering advice in a way that isn't super technical. It can be so overwhelming to watch CNBC with all these screens and tickers that don't mean anything to you personally," said Perez.

Increased representation in the finance space means a light can be shone on vital issues, resulting in deeper conversations that make money less taboo. "We're finding instances where historically people who have been locked out of the finance industry, by design, are speaking up. Unlike some traditional financial advisers that give out all this jargon and talk in all these terms that many may not understand," said Perez.

Future generations
Despite the long-standing barriers facing LGBTQ+ people in gaining access to financial education and financial services, LGBTQ+ personal finance content creators now offer a way for many to improve their financial literacy in more convenient ways than ever before. While investing early and regularly is one of the most effective ways to secure a financially comfortable retirement, it's never too late to build wealth and support for the next generation of LGBTQ+ people.

"[You can] create legacy wealth within the LGBTQ+ community by setting up your estate plan to donate to LGBTQ+ causes that will help homeless youth and [by] giving to local, younger LGBTQ+ folks you know personally," said John Auten-Schneider.

Negotiating the LGBTQ+ generational wealth gap is no small feat. But continuing the discussion around both financial literacy and taking steps to combat systemic financial issues can go a long way to address the financial challenges impacting the LGBTQ+ community.

Finbarr Toesland is an award-winning journalist committed to illuminating vital LGBTQ+ stories and underreported issues. His journalism has been published by NBC News, BBC, Reuters, VICE, HuffPost, and The Telegraph. This article was commissioned by the National LGBT Media Association, of which the Bay Area Reporter is a member.