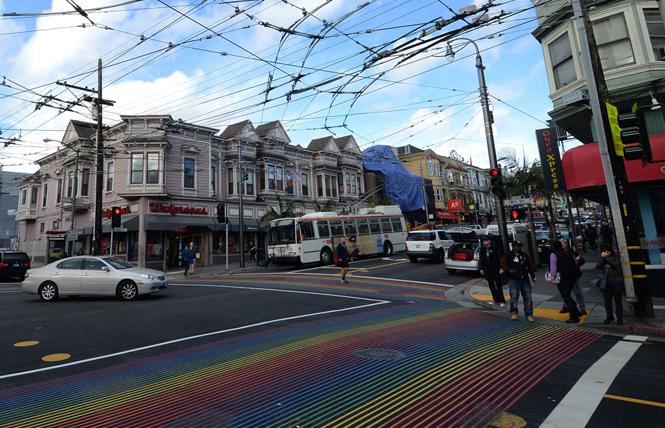 San Francisco leaders were alarmed last month when there were reports of three overdose deaths in the Castro on the same day. Photo: Rick Gerharter

In the days before Pride weekend, gay District 8 Supervisor Rafael Mandelman posted a stark warning on his Facebook page.

"Learning of three suspected overdose deaths in the Castro today," Mandelman wrote. "Like most SF overdoses, these folks were indoors. The Fire Department is increasingly seeing meth and cocaine tainted with fentanyl. Reminding everyone this Pride week to be extra careful and take care of one another."

Speaking with the Bay Area Reporter recently, Mandelman said that "I was careful with that post" because the San Francisco Fire Department could only speak in general terms.

"They were not willing to confide particulars with me, but they said all three died of overdoses on the same day: two together, and one separately," Mandelman said. "The chief [Jeanine Nicholson] told me increasingly they are finding people who think they're using something that's not fentanyl. ... That seems to be something that's happening."

The SFFD would not make Nicholson — a lesbian who has been chief since 2019 — available for an interview, and the department referred the B.A.R. to the office of the chief medical examiner, which released data showing overdose death patterns in San Francisco for the first five months of this year.

The data shows that through May 31 there were 299 accidental overdose deaths in San Francisco, compared to 250 up to the same point in 2020.

This includes five deaths in the 94114 ZIP code that includes the Castro, compared to one during the same period in 2020.

Much of the city's drug overdoses are concentrated in the 94102 ZIP code that contains the Tenderloin/Union Square neighborhoods, which saw a decline from 2020 numbers: from 66 last year to 59 this year through May 31 of both.

Citywide, 218 of the overdose deaths were fentanyl-related, 172 were methamphetamine-related, and 103 were cocaine-related, according to a June 21 report from the medical examiner's office to Mayor London Breed.

Fentanyl is a synthetic opiate that is more potent than heroin or morphine. It is used medicinally to treat people in severe pain, but it is easy to overdose, and illegally manufactured fentanyl "made without the quality controls of pharmaceutical grade fentanyl" is "a major contributor to recent increases in synthetic opioid overdose deaths," according to the Los Angeles County Department of Public Health.

Mandelman said that one way in which the situation is murky is "because many people have different drugs in their system" simultaneously.

"San Francisco is a little unique in that some people know it's fentanyl and want to use it," Mandelman said. "But, there are also people who use other kinds of drugs but overdose."

Kyle Temple, a licensed clinical social worker who is the senior director of the Stonewall Project at the San Francisco AIDS Foundation, told the B.A.R. that more specificity is hard to come by in official stats.

"Fentanyl overdoses are definitely on the rise across the community in San Francisco, the queer community included," Temple told the B.A.R. "We've had a significant number of overdose deaths but the number of queer-identified people I can't speak to."

Indeed, San Francisco made headlines for having twice as many deaths in 2020 from accidental drug overdoses (697) than from COVID-19 (257), as Capital Public Radio reported.

"It's difficult to understand where all this is happening, but we have a suspicion it's more prevalent in cocaine than meth," Temple said. "What we suspect is some cross-contamination or human error leads to use of fentanyl. Who knows? It's part of the mix. Fentanyl can be mixed with cocaine easily because of how it appears."

Temple speculated that part of the problem could be paraphernalia being used for multiple different drugs.

"People share pipes," Temple said. "The pipe may have been used to smoke fentanyl, then it's used to smoke meth, and residue is on it. Without a tolerance for it, it can affect you in a pretty adverse way."

Nick Mathews, a straight ally who is CEO of the rehabilitation facility Stillwater Behavioral Health in Southern California, said that "in some cases" tainted cocaine or meth "is the narrative."

"But in my experience, things laced with fentanyl are actively sought," Mathews continued. "It's an incredible high, so people seek it out, and it's more likely they seek it out than that they accidentally use it."

Mathews said that in his experience in drug treatment fentanyl is on the rise.

"We first started seeing it pretty regularly three to four years ago, and now almost every opiate [addicted person] is using fentanyl in some form, maybe not consistently," Mathews said. 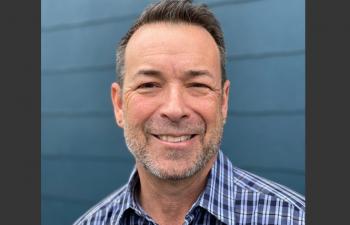 Stonewall Project offers non-judgmental services
Mandelman said that he found the news during Pride week to be "shocking."

"I posted about it because it was surprising to me — shocking — to hear of three deaths in the Castro on a single day, which just happened to be during Pride Month, within a few blocks of each other," he said.

"They do not tell people not to use, but they tell people they should use with a friend," Mandelman said.

Temple concurred, adding that its approach is "quite a departure from what people think of as drug treatment."

"Harm reduction is based on mitigating potential harm to folks when it comes to drug and alcohol use," Temple said. "I would encourage anyone who wants to explore their drug and alcohol use — whether they have a goal or not, but if they have any inkling it might be problematic, anyone with quality-of-life issues."

Temple said that the Stonewall Project provides substance use counseling free of charge to "queer-identified folks."

"We're in the process of making services more inclusive to trans women and other folks," he said, going on to say that there is individual counseling, group counseling, and walk-in services.

"We try to get folks in with a counselor same-day," Temple added.

On its website, the state-certified treatment program states that "everyone's goals are welcome and can range from complete abstinence to controlled or safer use based on a desire to improve health, relationships or functioning in the world. ... We welcome you wherever you're at and do not require abstinence for you to receive services."

Temple said that having a virtual model during the COVID-19 pandemic had mixed results for the Stonewall Project: some regulars stopped showing up but others started going more regularly.

"Stigma and isolation kill," Temple said. "We encourage folks who are using drugs to have a safety plan. Narcan is widely available. You can access it through our services, and it can reverse an overdose due to opiates immediately."

Narcan, or Naloxone, is a pharmaceutical drug used to counter opioid overdoses. It can be administered intravenously or by nasal insufflation. Since 2017, all San Francisco Police Department cars carry Narcan kits.

Temple also implored people "don't use alone," but if they do, at least set up a time a friend can check in with them.

Another strategy Temple suggested was to use test strips that can detect the presence of fentanyl in other drugs, such as cocaine.

"That way, you have an understanding if you are consuming something you are not intending to consume," he said. 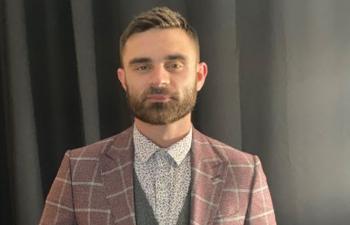 Mathews said that he started using as a teenager and achieved long-term stability around the age of 20, which was eight years ago.

Long-term stability refers to "the ability to stay sober without slip ups and maintain your life without chaos," Mathews stated.

"Through treatment, I came to understand my life could be better," he said. "My desire to have a rehab facility sparked when I was a client, ... I had to return what was given to me."

Stillwater has three facilities in Southern California, including two in Montecito. Mathews said he tries to be "holistic."

"Our facility always embodied connectedness from a spiritual standpoint," he said. "We want to treat people as individuals and honor their experience. Addiction is a symptom of trauma in the core of a person, so our approach is to honor the entire person."

Mathews stated that the facility is "definitely queer-friendly."

"The facility is covered by moist PPO insurance plans," he wrote in an email. "Private pay options range from $40-$90K per month but in most cases insurance covers the full cost of treatment. We are a for-profit company, however, we also have a nonprofit sister component to help people that cannot afford treatment otherwise." 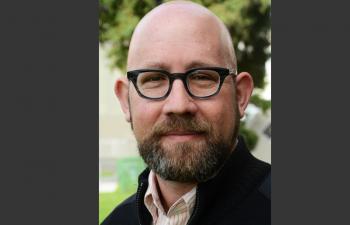 That task force, convened in February 2019, was the second dealing with the topic; then-Mayor Gavin Newsom convened a 2005 task force to deal with the problem of meth use in the LGBTQ community specifically.

Introducing a meth sobering center was the top recommendation of the 2019 task force's report. The city is moving forward with a proposed sobering center at 1076 Howard Street.

Mandelman said that people don't have to have used meth specifically or exclusively to go.

"There's a particular need for people who are meth-inebriated," Mandelman said. "For them and the community it's important there be a place."

Mandelman said that the model for the meth sobering center is the alcohol sobering center at 1171 Mission Street, "a 24/7 nurse-managed program providing support to individuals who are actively intoxicated on alcohol," according to its website.

A sobering center should not be confused with a safe consumption site, Mandelman said, which is where people can use drugs while being monitored by staff. (A bill by gay state Senator Scott Wiener, D-San Francisco, to allow San Francisco, Oakland, and Los Angeles to establish pilot safe consumption site programs recently was delayed to January. He secured $4.2 million for San Francisco's meth sobering center in the state budget for fiscal year 2021-2022.)

"For probably four decades, gay men have been overdosing on meth ... so that has been a problem in the queer community," Mandelman said. "We hear more now about opiate overdoses and that's not as concentrated in the Castro and more concentrated in the Tenderloin, but citywide the number of opiate overdoses is horrendous. We're on track to beat last year's awful record.