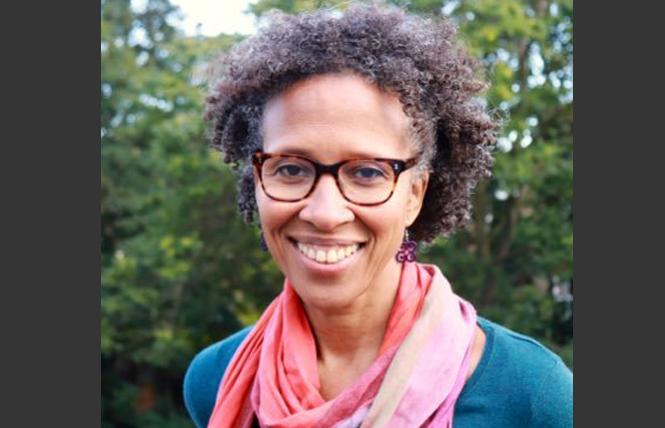 A judge in Ghana denied bail for 21 LGBTQ activists who were arrested during a police raid of a human rights conference in the West African country.

The judge did not give any further details, the defendants' attorney Julia Selman Ayetey told Reuters after the June 8 hearing.

Two hours into the May 20 conference in Ho, police and uninvited journalists raided Rightify Ghana's workshop for paralegals working with LGBTQ Ghanaians to train them on best practices for properly gathering evidence, documenting, and reporting human rights abuses.

"The event started at 9 a.m. on Thursday with about 25 persons in attendance," said Alex Kofi Donkor, the founder and director of LGBT+ Rights Ghana. "Two hours later, some journalists invaded the space and started taking photos and videos."

Authorities arrested 16 women and five men. One of the individuals detained was an unidentified female executive of LGBTQ+ Rights Ghana, Donkor told CNN.

LGBTQ+ Rights Ghana is the country's community center based in Accra, which was raided [LINK: https://www.ebar.com/news/news//303075] at the end of February. The center's leaders have been in hiding since then, but they continue operating on social media.

During the raid, police gathered books and fliers with titles such as "Coming out" and "All about Trans." Sergeant Prince Dogbatse, a regional police spokesman, told reporters at a May 21 news conference that the activists were arrested and charged with alleged "unlawful assembly."

"There is freedom of expression and all that, but our criminal offenses act prohibits unlawful assembly," said Dogbatse. "We will allow the court to make a determination on the matter."

Since the beginning of the year, authorities have led a crackdown on Ghana's LGBTQ community. In March, police raided what was described as a wedding ceremony and arrested 22 alleged lesbians. An estimated 50 people were at the event but participants told reporters it was a birthday party, not a wedding.

Gay sex is punishable with up to three years imprisonment. No one has been prosecuted under the law for years, according to local LGBTQ activists. It is not illegal to promote LGBTQ rights in Ghana; however, it is socially taboo. The community regularly experiences discrimination, blackmail, and physical assault.

Pressure is mounting against Ghana as global bodies call for the release of the 21 LGBTQ activists. The United Nations High Commissioner for Human Rights is the latest global body to join the growing chorus, including the U.S. State Department and the World Bank.

Ghana is known as the launching point for slave ships heading to the Americas. In 2019, the country began promoting the "Year of Return" to drive Black tourism to the country. Black celebrities Idris Elba, Michaela Coel, and Naomi Campbell have been critical of Ghana's crackdown on its LGBTQ community.

The next hearing for the 21 LGBTQ activists is June 16.

42 Ugandan LGBTQ partygoers out on bail
A Ugandan magistrate at the Nansana Magistrates Court issued bail June 1 for 42 LGBTQ partygoers who were arrested and detained last month for allegedly violating the East African country's COVID restrictions.

But many remained in prison for six more days due to processing their release and distance between the court and the prison. All 42 detainees, who did not appear in court due to COVID-19 restrictions, pleaded not guilty to the charges, reported Reuters.

Adrian Jjuuko, lawyer and executive director of the Human Rights Awareness and Promotion Forum who represents the defendants, was critical of the charges against the LGBTQ Ugandans. Current Uganda COVID regulations allow groups of up to 200 to gather, he told 76 Crimes. The party was well within the mandate.

"With the Sexual Offences Bill recently passed, this may be a harbinger of worse things to come," he added.

The magistrate, who is one of 300 trained by HRAPF on LGBTQ rights in 2020, appeared to agree, issuing bail for all the detainees. United States and European Union diplomats - including Denmark and Sweden - and other dignitaries also attended the hearing, reported 76 Crimes.

Jjuuko worked with a team of lawyers from Ubuntu Law and Justice Center, Center for Health, Human Rights and Development, and Triumph Uganda and LGBTQ organizations from Sexual Minorities Uganda, a coalition of LGBTQ rights organizations, in releasing the detainees. SMUG assisted with securing the funds, $85 (UGX 300,000) for those who had two sureties for bail and cash bail $142 (UGX 500,000) for those with only one surety, and six people were released on noncash bail, reported 76 Crimes.

SMUG set up shelter, supplies, and services to support the 42 queer people - 38 men and six women - caught up in Ugandan authorities' most recent attack on the LGBTQ community. The LGBTQ rights organization is a coalition of the East African country's queer organizations. It is raising funds to support the group of LGBTQ Ugandans with shelter, food, and other services following their release.

Some of the LGBTQ partygoers were being held in prison while others were in the process of being transferred from jail to Kitalya Prison, an hour away from Uganda's capital, Kampala, when the magistrate granted bail.

The tech giant earmarked $2 million for OutRight's COVID-19 Global LGBTIQ Emergency Fund, which has distributed $1 million to 125 groups in 65 countries and has helped more than 50,000 people, according to the nonprofit's website. The other $1 million in Google Ad Grants will support OutRight's advocacy for LGBTQ human rights globally.

Juan Rajlin, treasurer and global executive sponsor of Pride at Google, recognized "the need for belonging has become more important than ever," he told the Advocate.

"The pandemic has separated us from loved ones and communities and caused significant loss for many. It is abundantly clear that we need an inclusive and equitable recovery," Rajlin said.

Furthermore, OutRight noted in its Pride with a Purpose May 31 news release, same-sex relationships are criminalized in 67 countries around the world. Transgender individuals are criminalized in 13 countries, and 37 countries use vagrancy, prostitution, morality, public nuisance, or other laws against transgender people. Other countries are implementing anti-LGBTQ laws and policies, such as the aforementioned Uganda's Sexual Offences Bill 2019, Poland's so-called LGBT-Free Zones, and Ghana's arrest of 21 LGBTQ human rights activists.

The funds are "doubling [OutRight's] reach and impact," she stated in a June 2 release, estimating the money will be able to support at least 100 additional LGBTQ organizations in more than 60 countries. Stern said it will "be able to serve tens of thousands of LGBTIQ people in need around the globe, providing a lifeline at an incredibly challenging time."

OutRight has received more than 2,500 applications from communities in need since the beginning of the pandemic, reported the Advocate.

"LGBTIQ people continue to face amplified effects of the COVID-19 pandemic, and are too often excluded from recovery efforts," Stern stated in the organization's May 31 release. "This is a sobering reminder of how marginalized our communities around the world continue to be. As such, we must continue to fight for our rights to be recognized and protected."

Google's donation comes days after OutRight launched its second annual Pride With A Purpose campaign to raise awareness through social media, using the hashtag #PrideWithAPurpose, and funds to support its COVID-19 emergency fund.

"Pride is the most visible symbol of the global movement for LGBTIQ equality, affirming our existence, demanding recognition of our rights, and celebrating progress," Stern stated.

OutRight launched the fund in response to the COVID-19 crisis to address the effects of the pandemic on LGBTQ communities with founding partners corporate donors Calvin Klein Inc., Dunn Family Charitable Foundation, Gilead Sciences Inc., and Microsoft Corp. in April 2020, according to the release.

To learn more about the campaign, visit https://pridewithapurpose.info/, and for the fund, visit https://outrightinternational.org/outrights-covid-response

For an overview of LGBTQ rights globally, click here.

Out in the World: Ugandan LGBTQ activists respond to government attempts to further criminalize homosexuality
Sign up!