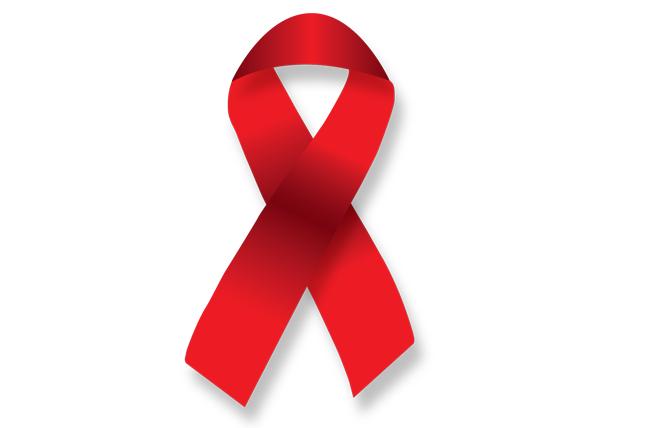 This year marks the 40th anniversary of the first reports of AIDS. Photo: Clipartkey

It was scary. On June 5, 1981, the federal Centers for Disease Control and Prevention's Morbidity and Mortality Weekly Report noted five cases of pneumocystis pneumonia among previously healthy gay men in Los Angeles. A second report of PCP and Kaposi sarcoma cases in New York City and California followed a month later. The Bay Area Reporter had its first story July 2, 1981, a brief item about "Gay Men's Pneumonia" — potentially linked to poppers — buried on page 34. As we all know now, an unimaginable crisis would engulf the world and blow a hole through our community.

The disease ravaged the gay community, but really, no one was immune. Women, trans people, injection drug users, homeless people, and hemophiliacs were swept up in this mysterious disease for which there was no treatment, no vaccine, and no cure. A disinterested federal government dragged its feet for years. People stepped up to fill this void. Some created nonprofit organizations to serve this new community with medical care, legal assistance, food, and other essentials like applying for government benefits. LGBTQ activists formed the AIDS Coalition to Unleash Power and boy, did they, badgering federal authorities to speed up the approval process for drugs. They demanded a seat at the table at AIDS conferences, and refused to be labeled as victims. They were people — people living with HIV/AIDS. Over the past four decades, their strategies have been successfully replicated by those fighting other diseases such as cancer. The federal government eventually developed sweeping funding programs to help PWAs in cities across the country, and scientists and researchers developed far more effective treatments. Today, a person who is HIV-negative can take PrEP, a highly effective prevention regimen. Those who are HIV-positive can get their viral loads down to undetectable levels and not transmit the virus to their sex partners. Still, more than 700,000 U.S. lives were lost, a generation of gay men was wiped out, and there are 1.2 million people in this country living with HIV.

We have come a long way, yet 40 years later, stubborn disparities persist. Black and Brown people, trans people, and injection drug users continue to lack access to PrEP. That belies a bigger problem, as they are also more likely not to have health insurance or access to medical care. As we've seen over the last year with the COVID pandemic, this country does a shitty job regarding health equity. That must change, not only for HIV/AIDS, but for all health issues. It's long been shown that providing preventative care saves money in the long run, yet our political leaders don't have the will to stand up to the insurance industry and pass Medicare for All, or some other type of universal health care, which would be a game-changer. Insurance companies are notoriously fickle — we see that today when medical coverage is denied or applied unevenly, or referrals to specialists are refused. Part of the reluctance of Black and Brown people seeking care is due to the medical establishment and the government's long history of neglect and exploitation of non-white communities in clinical studies and access to quality treatment.

The aforementioned HIV/AIDS nonprofits have made great strides over the course of the pandemic and have worked to serve hard-to-reach communities. But the latest CDC data show that more must be done. African Americans are eight times more likely, and Latinos are four times more likely, to acquire HIV compared with white people, a recent CDC report noted. And people in the South account for more than half of all new infections. When it comes to PrEP access, the disparities remain stark, largely because Black and Latino people face greater barriers to accessing prevention and care services. Nearly two-thirds (63%) of eligible white people were receiving PrEP in 2019, according to the CDC, compared with just 8% of Black people and 14% of Latinos. And while 71% of white people with diagnosed HIV had an undetectable viral load in 2019, the rates fell to 61% for Black people and 65% for Latinos.

Part of the problem is that for many minorities and trans people, they often don't see themselves reflected in the nonprofits that provide services. These agencies should make a broad commitment to diversify their top ranks, as well as line staff. In 2019, the San Francisco AIDS Foundation released a five-year strategic plan focusing on health justice, social justice, and racial justice. As we reported at the time, its former CEO Joe Hollendoner told us, "There are health disparities that persist, inequities that have not been addressed, and trauma that has been ignored. That has to change if we want to ensure everyone can have a high-quality, healthy life regardless of their race, gender, HIV status, or economic situation." Hollendoner left his post last month, and this provides the foundation with a unique opportunity to put teeth in its plan by hiring a new CEO who more fully represents people who continue to face these barriers to access. Of course, it's not just SFAF — there are lots of HIV/AIDS service organizations for which a more diverse staff would be of great benefit.

Leadership starts at the top. Every HIV/AIDS report that we've covered in recent years mentions both progress and the fact that disparities remain. As AIDS enters its fifth decade, it is time for nonprofit boards to make a commitment to diversify themselves and their agencies. We want to see a reduction in disparities in the next 10 years. We want to see the Black and Latino populations quadruple their access to PrEP, and to treatment if they're HIV-positive. In short, we want those at risk for HIV to have easy access to services, and that means having people who are like them on the front lines, and in the executive suites.

Some World AIDS Day events returning to in-person this year
Sign up!