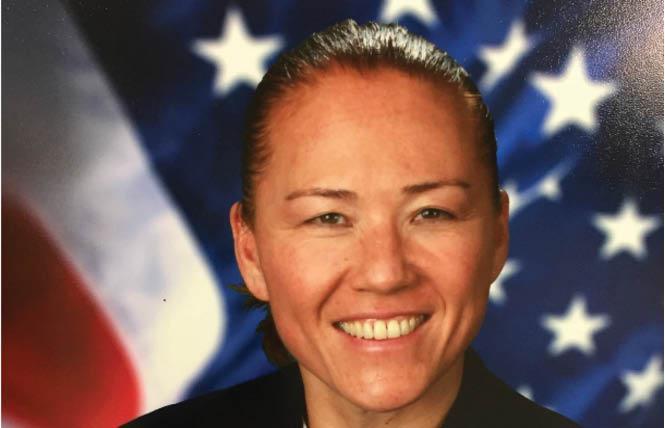 A lesbian San Francisco Fire Department assistant chief who alleged discrimination against the department in a claim two months ago is now taking the city to court.

As the Bay Area Reporter previously reported, Assistant Chief Nicol Juratovac filed a claim of whistleblower retaliation and discrimination against the San Francisco Fire Department and the city's Department of Human Resources on March 5.

The claim was denied by the city April 8 and Juratovac filed her civil lawsuit May 24.

Juratovac claims she wanted to change the culture at the SFFD. Instead, she was retaliated against after exposing cheating on promotion exams, safety violations, and racism in the department, according to the complaint — as well as for blowing the whistle on what her attorney, Mark P. Fickes, of Cannata O'Toole Fickes and Olson, described as a "drunken" party at a fire station in Noe Valley in 2017.

"Rather than welcome the opportunity to address its problems, the department has allowed those who feel threatened by Assistant Chief Juratovac to retaliate against her for taking on the 'good old boys' mentality," the complaint, filed in San Francisco Superior Court, states. "Beginning in 2014, and continuing through the present date, the department has weaponized its disciplinary process to punish Assistant Chief Juratovac by subjecting her to numerous unfounded and meritless disciplinary investigations.

"All of these investigations, save one, were rescinded or abandoned, but only after Assistant Chief Juratovac had already endured the emotional distress and humiliation of being investigated in addition to incurring substantial attorneys' fees to defend herself against frivolous claims," the complaint states. "She has also been denied promotional and overtime opportunities in retaliation for her whistleblowing activities, as well as her race, gender, and sexual orientation."

Fickes, a gay man, said that the one time Juratovac faced discipline she faced disproportionate punishment.

"We have seven disciplinary investigations that were bogus," Fickes said. "There was one where the department imposed discipline that was so disproportionate."

Fickes said that Juratovac, on her first offense, was punished with a 10-day suspension (later reduced to four) for outing an LGBTQ+ probationary firefighter during a ladder drill. (However, the complaint states that the firefighter "was already quite open and public about her sexual orientation long before the routine ladder drill at issue.")

Fickes contrasted what he characterized as this "bizarre" punishment with that meted out to a member of the department who attempted to cover up a co-workers' felony drunken driving incident — also a 10-day suspension (later reduced to eight).

'Drunken party'
Fickes also noted that "some of the people involved with that drunken party were promoted rather than being disciplined at all."

With regard to the three causes relating to discrimination, Fickes reiterated what he'd told the B.A.R. in March — that a culture at the SFFD appears to favor straight, white men.

In January, gay firefighter Keith Baraka sued the city, as the B.A.R. reported, on account of racial and sexual orientation discrimination. The following month, SFFD paramedic Ronnie Jones, a transgender man, sued, as the B.A.R. reported, alleging that he had been discriminated against on the basis of his race and gender identity, harassed, and retaliated against. Baraka and Jones are both being represented by attorney Angela Alioto, a past president of the Board of Supervisors.

With regard to the final cause of action, Fickes said that the city's Department of Human Resources is not doing its legal duty to get documents for Juratovac that could vindicate her. (In March, the Board of Supervisors approved Mayor London Breed's nominee, Carol Isen, an out woman, as the new director of DHR.)

"Part of what we're arguing is that DHR was retaliating and discriminating when it assured it'd address Juratovac's issues and that she'd be vindicated," Fickes explained. "But they handed over only a handful of emails, many of which Juratovac sent and our office sent inquiring on the status of the matter. So they basically stonewalled us.

"It was not per se related to the claim, but it was part of our investigation — part of our effort to get discovery — and the city stonewalled us on it," Fickes continued.

John Coté, the communications director for the San Francisco City Attorney's office, responded on behalf of the city.

"The City and the Fire Department take equal employment issues seriously," Coté stated. "We are committed to fostering a welcoming, inclusive workplace free of discrimination or harassment based on race, gender, sexual orientation or any other protected characteristic. We are also committed to a workplace free of retaliation for any protected activity. Assistant Chief Juratovac chose to take this matter to court, and that is where we will address it."

After Juratovac became the third — and highest ranking — member of the LGBTQ community to publicly accuse the fire department of discrimination this year, the B.A.R. requested an interview with lesbian Fire Chief Jeanine "Neen" Nicholson, who was appointed by Breed two years ago. The department responded at that time with the following statement:

"The city and the Fire Department take equal employment issues seriously," SFFD spokesman Lieutenant Jonathan Baxter stated. "We are committed to fostering a welcoming, inclusive workplace free of discrimination or harassment based on race, gender, sexual orientation, or any other protected characteristic. We are also committed to a workplace free of retaliation for any protected activity. As this involves a personnel matter, we are unable to comment on it at this time."

When the B.A.R. requested to speak with Nicholson again for this report, SFFD responded with the earlier statement sent by Coté.