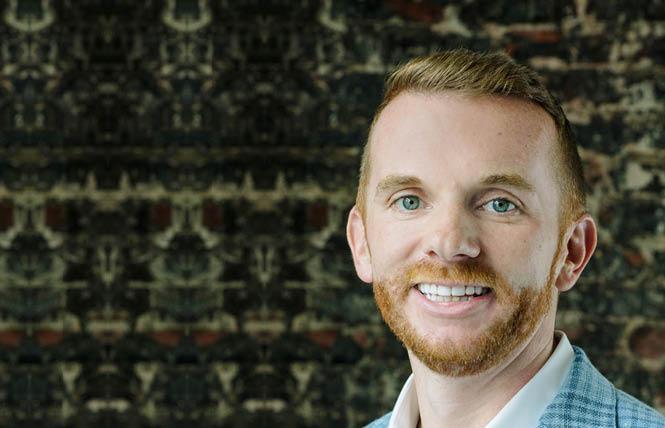 Former San Francisco AIDS Foundation CEO Joe Hollendoner dropped a bomb on the eve of his departure. He had barely confirmed to us that the agency had issued 17 layoff notices among its 200-plus staff then poof — he was gone! Leaving Wednesday, May 5, he's off to Southern California, as we've previously reported, to begin training to take over the Los Angeles LGBT Center next year. We won't miss him, because we didn't really know him.

In his five years at the AIDS foundation, Hollendoner, a gay man, did not reach out to us — we never got a chance to meet him, unlike previous CEOs who took the helm and sat for interviews. In reviewing our past reporting, we found that he couldn't even be available for a phone interview when he was hired in 2016.

It is in stark contrast to his predecessors, who routinely spoke to the B.A.R. about various issues related to SFAF, from its workplace environment to merging with other AIDS agencies. Over the decades, we've been unsparing in our criticism when warranted, and praise when it's due.

The last time we reported on a workforce reduction at SFAF was in 2002. That turned up a gem of a B.A.R. headline, "Pat takes a pay cut." The article detailed layoffs of 28 of its 117 employees in addition to salary reductions for administrators, including then-executive director Pat Christen. (With this year's job cuts, SFAF officials wouldn't say if top paid officials were taking a reduction in pay.) Longtime readers will recall we reported on Christen's increasing salary over the years, at a time when clients desperately needed services.

Back in 2002, the layoffs and salary cuts were attributed to post-9/11 donor fatigue; now, the cause is the COVID-19 pandemic, which understandably has affected the ability to fundraise. The cancellation of last year's AIDS/LifeCycle, the 545-mile bike ride from San Francisco to Los Angeles produced by SFAF and the LA center, was a severe setback. This year's ride has taken a virtual twist, but won't raise near the $19 million it did in 2019. Given the situation, there are not many options to easily replace the event or donations, which are split between the two organizations. Layoffs may be justified as a result, but they're still painful for the people affected, obviously, and the foundation clients and co-workers. We've heard that the employees weren't given much notice, which might have been handled more sensitively by Hollendoner and the SFAF board.

In the late 1990s we started reporting on what were then ballooning salaries, not only at SFAF, but other LGBTQ and HIV/AIDS nonprofits as well. We've been criticized for asking incoming leaders about their compensation even though the information becomes publicly available when a charity eventually files its federal 990 tax returns. Donors, most of whom do not investigate tax returns, deserve to know this fact about any nonprofit and assess whether its leader is capable of providing frank answers to routine interview questions or dodging them.

We firmly believe that all donors, volunteers, and employees of nonprofit agencies, which we acknowledge do amazing work, deserve to know the salaries of top officials and the operations' financial health. In order to engender public confidence and support, agencies must be transparent. We remain committed to that principle. Over the years, SFAF leadership has made some noteworthy achievements, the last ambitious one being the opening of the Strut health center in the Castro — and we've reported on that too. Still, the silence from SFAF's 1035 Market Street headquarters is deafening.

We'd like to say welcome to SFAF interim CEO Kevin Rogers, who was previously the agency's chief financial officer. He has his work cut out for him, and right off the bat it's not all positive. For one thing, Rogers was not available for an interview either. According to a May 5 email to supporters, Rogers, who's been with SFAF since 2019, was previously CFO and chief operations officer for the California Water Environment Association and president of an early-stage online business developed by the International Association of Business Communicators. Rogers also served as director of technology and chief information officer for GE Capital's San Francisco-based global container leasing entity. As the new leader of the city's largest HIV/AIDS service organization, we wanted to ask about Rogers' HIV status, his salary, immediate and long-term plans for SFAF, the state of the agency and other customary questions. By declining an interview or otherwise disclosing his HIV status, Rogers and SFAF are helping to perpetuate the very stigma that they claim to be against as part of the city's Getting to Zero initiative. One of the goals of that effort is zero stigma. Whether he's positive or negative, it's relevant to the identity of the leadership of an HIV/AIDS agency.

Whenever SFAF has come under criticism, like many organizations its first instinct is to close ranks. Unfortunately, that strategy benefits neither the nonprofit agency nor its clients. We'd still like to meet Rogers for an interview, and we hope that whomever SFAF selects for its permanent CEO will abandon the impulse to circle the wagons and instead engage the public. 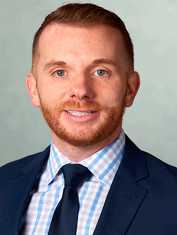