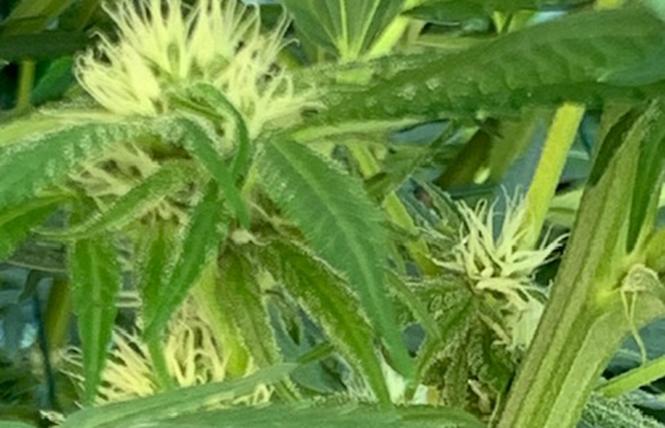 Many cannabis consumers switched from flower to edibles during the pandemic. Photo: Sari Staver

Cannabis consumers switched from flowers to edibles during the COVID-19 pandemic, as the practice of passing around a joint, or smoking or vaping anything were reported to carry an increased risk of contracting the virus.

At the same time, the industry ramped up its production of infused edibles, with new products, including infused wine, beer, and cider as well as upscale non-alcoholic low-dose drinks with exotic herbs such as ginger lemongrass, blood orange cardamom, and cranberry sage.

"During the height of the pandemic, we saw a huge shift to edibles — and also a big increase in online orders for delivery or pickup," said Eliot Dobris, spokesman for the Castro's largest dispensary, the Apothecarium. In an email to the Bay Area Reporter, Dobris said the dispensary is "beginning to see in-store shopping rebound along with sales of flower and vapes."

"Many services we began offering during the pandemic remain popular," said Dobris, including Sara Payan's online educational classes, "which are more popular than ever." One-on-one consultations are available by video or chat, he added.

Those on a budget should know that switching to a beverage comes at a cost, such as $24 for a six-pack of seven-ounce cans, each with only 2 mg of THC and 4 mg CBD, which is the price of the popular drink CANN. I tried all its flavors, and found them each delicious, but regular consumption would break the bank for me. In comparison, similar doses of gummies or chocolates are widely available for at least 50% less.

For those who want to cook their own edibles, a number of new books can get you started, including "High Cookery" by Gilad Meiri, "Cooking with Cannabis" by Pat Crocker, and, hot off the press just last month, Steve Ladden's "Complete Cannabis Cookbook 2021." All are available online or check with a local bookstore.

Last year, streaming service Netflix premiered its second cannabis cooking show, "Cooking with Cannabis," but like its 2018 series, "Cooking on High," the show was canceled, following poor reviews and low ratings. In the meantime, you can search YouTube where thousands of home chefs will show you how to cook with pot.

And if previous years are any indication, many dispensaries will announce specials in April. The Apothecarium, for example, will offer a "week of deals" including specials each day April 14-20. Check its website (https://apothecarium.com/) for details.

In a phone interview with the B.A.R., Senter said the program is, as far as she knows, "the first of its kind" locally. Senter, whose work has been previously reported (https://www.ebar.com/news/latest_news//297200), said she and other activists have been "advocating for years" to get such a program started.

The cohort, said Senter, includes several people who identify as LGBTQ. "Yep," said Senter in response to a question, "it's definitely a very queer" group.