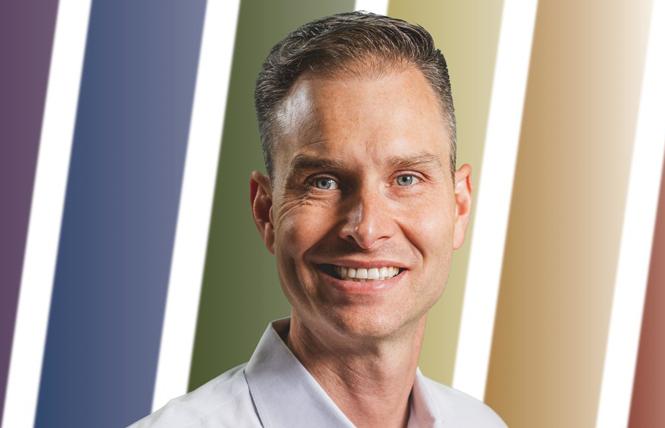 A recent San Jose Police Department training bulletin establishes procedures for law enforcement interactions with the LGBTQ community in the South Bay city and has drawn praise from counterparts in San Francisco.

The bulletin, sent February 8 from acting Police Chief David Tindall, sets some procedures that are already familiar to San Franciscans, such as conversing with the public using individuals' stated names and pronouns, and some that are not, such as referring to people with their stated name and not their legal name in official reports, after a first reference.

"Every individual has the right to be addressed by the name and pronoun corresponding to their gender identity. Proof of a court-ordered name or gender change is not required. Whether or not the name on a person's driver license or identification card corresponds with the person's gender, department members shall address and refer to the person by the name and gender the person uses to identify him/her/themself," the section of the bulletin on names and pronouns states.

"In addition, the first paragraph of the narrative shall include a statement identifying the individual as their chosen name and/or gender identity," the section on report writing states. "Throughout the remainder of the report, department members shall use the chosen name and/or gender identity when referring to the individual. The explanation of a person's transgender identity in the first paragraph of the narrative preserves respect for the individual. Maintaining their legal name on the face page of the incident report avoids confusion with service of subpoenas and court appearances."

SJPD changes praised
Officer James Gonzales, a gay man who is the LGBTQ+ community liaison for the SJPD, said that the department's policy changes have been in the works since 2016.

"We're one of the few departments with a policy like this — instructing officers how to interact with the trans community," Gonzales told the Bay Area Reporter. "It sends a strong message to the entire police department that this is how we treat people."

Gonzales said that the policies will hopefully not only improve the wider LGBTQ community's experience with San Jose police officers, but will help LGBTQ people within the department.

"People who are transgender are going to feel more confident in a place like this," Gonzales said. "We know for the LGBTQ community in general, interacting with the police can be difficult; and seeing a report using a name you don't use anymore for pages and pages, that doesn't have to occur."

Gonzales said that the new policies come in two pieces — "a training bulletin defining terms and helping officers to navigate different circumstances" and revisions to the "actual duty manual."

SJPD has been a pioneer among police departments, Gonzales said, even before his appointment to the liaison position, which was created by the LGBTQ advisory board that has been running since 2016 in the chief's office.

"We were the first police department to fly the Pride flag," he said. "[The new policies are] one of a number of things that have come out of the board and that has translated as policy in the department. We are continually improving over time."

Sera Fernando, a queer trans woman who is senior management analyst at the Santa Clara County Office of LGBTQ Affairs, was among those consulted by SJPD.

"The creation of the policy was the heavy-lifting of the SJPD," Fernando said. "In order to ensure that the policy is community-informed — and so that there's a deeper collaboration with the LGBTQ community — they sought the assistance of the Office of LGBTQ Affairs and other folks in the area, such as the Billy DeFrank [LGBTQ+ Community] Center. Multiple organizations, including LGBTQ staff, provided recommendations."

Fernando said that LGBTQ people made sure that the correct language was used, such as the term "cisgender" instead of the term "non-transgender," which was used in the original draft.

"We did what we could do to ensure right verbiage and words are used for the trans and nonbinary community," Fernando said. "Originally the word 'non-transgender' was used and I thought that was kind of funny so we put in 'cisgender.'"

Fernando said that she has not received much feedback, other than from the comments sections of local Bay Area stations such as KPIX-TV and KNTV-TV, which ran stories about the new policies. The response has been largely positive.

"From my stakeholders the overall consensus is that this should be a model," she said. "This policy should be shared throughout the Bay Area, and nationwide. ... I think this is the next step forward and in no way an end-all-be-all policy."

Gabrielle Antolovich, a genderqueer nonbinary lesbian who is the board president at the DeFrank center, told the B.A.R. that members of the police academy have been visiting the center "for a number of years" to learn about the LGBTQ community.

These policies, Antolovich said, will help educate and inform those who joined the force before those visits became routine.

Antolovich serves a dual role as both board president of the DeFrank center and as an LGBTQ representative on the police chief's advisory board.

"I already was connected to the law enforcement community, and so I'm like the connection between the two communities," Antolovich said. "I'm in a very useful position."

"What I've been doing is having the police academy come here [to the center], give them a tour, and when we have large events at Billy DeFrank I tell people 'they are here to protect us, not harass us,'" Antolovich continued. "Sometimes it's appropriate they keep an eye on us, for our own good. ... The relationship between our LGBTQ+ community and law enforcement is something both sides have to work out, and it's going to take a while."

Antolovich's role on the advisory board had a "tangential" influence on the new policies.

"This is what I like about San Jose; we're moving forward," Antolovich said. "I'm hoping the new policies help with that relationship."

SFPD also on forefront
Officer Kathryn Winters, a trans woman who is treasurer of the San Francisco Police Officers Pride Alliance, stated to the B.A.R. that "we applaud San Jose PD's efforts to ensure transgender, gender-variant, and nonbinary individuals will be treated with dignity and respect, and be addressed by their preferred name and the pronouns with which they identify."

"As an organization, San Francisco Police Officers Pride Alliance hopes that more and more departments will implement similar policies that recognize and support the dignity of transgender, gender-nonconforming, and nonbinary individuals," Winters continued. "As a transgender woman, I have been fortunate to work in a department that, many years ago, recognized the importance of implementing policies and practices that recognize and support the dignity of transgender people. The SFPD put in place its first policy regarding the use of chosen name and pronouns in 2005, and, since then, has expanded those policies and incorporated them into a department General Order, which was implemented in 2018. The SFPD has supported these policies with training, which began in the early 2000s and, since then, has continued and expanded."

Winters wrote that the department is continuing to take steps to improve relations with the LGBTQ community in the city.

"Pride Alliance feels that the department continues to take steps that support San Francisco's LGBTQ and diverse communities, such as recently updated it's policy on bias-free policing, which included mandatory training, implementation of a Bias Working Group, continued training on implicit bias, the creation of it's new Community Liaison Unit, which includes an LGBTQ liaison officer, and continued conversations with San Francisco Pride regarding the participation of out LGBTQ officers in the annual Pride parade and the department's role in policing the event," she concluded.

Sergeant Michael Andraychak, a spokesman with SFPD, told the B.A.R. that a general order titled "Interacting with Transgender, Gender-Variant, and Nonbinary Individuals" had been adopted in October 2018.

"With regard to legal documents, such as police reports, officers are required to use the person's most current legal name," Andraychak stated in an email to the B.A.R. "Officers must converse with the person using their preferred name and/or pronoun."

Andraychak stated that Theresa Sparks, a trans woman and then-president of the San Francisco Police Commission, began work with Stephan Thorne, the first out trans officer in the nation, on department-wide policies in the early 2000s "regarding treatment of transgender and gender nonconforming persons."

Thorne could not be reached for comment and Sparks did not respond to a request for comment.

Sparks left the police panel after she became executive director of the San Francisco Human Rights Commission and also served as the mayor's adviser on trans policies. She retired in 2017.

The San Francisco Department of Police Accountability did not respond to an interview request for this story.