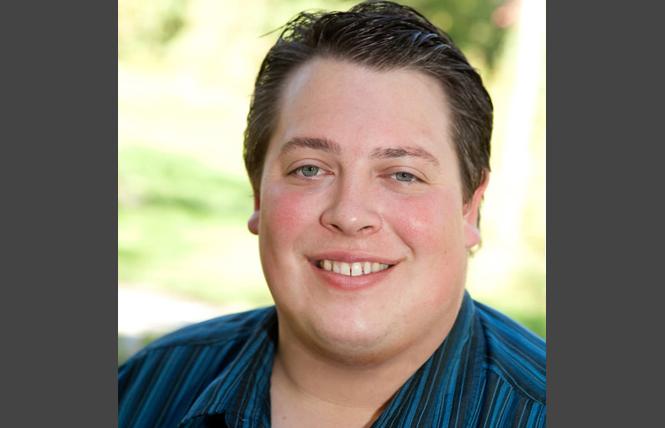 The Alameda County Democratic Central Committee will see a record number of LGBTQ members serving on the oversight body for the local party this year. And despite falling short in the March election to be reelected as a committee member, former party vice chair Andy Kelley will continue to serve on it.

At its January 6 organizational meeting for 2021, where the winners of the primary ballot races for committee seats were sworn in, Kelley was elected to serve as the party's corresponding secretary. In the role, he is able to vote on placing endorsements of candidates onto the committee's consent calendar but not vote on affirming the endorsements.

"I've fought for many years for reforms and modernization of the party, and to elect more progressive candidates throughout Alameda County. With the opportunity to work with a new chair and new executive board I was encouraged by allies and decided to seek committee leadership again to continue working to reform the party from within," Kelley, elected in November as a Berkeley rent board member, told the Bay Area Reporter. "The committee members agreed, and though I had two opponents in the first round, both opted to back my candidacy and I was elected by unanimous consent."

He will serve alongside new party chair Terry Sandoval, a labor leader in the East Bay. She succeeds longtime chair Robin Torello, who like Kelley also lost her bid for reelection to the committee in March.

In June 2016, Kelley was the sole LGBTQ person elected to the committee and was three votes shy of being elected chair in 2019. When former Alameda City Councilman Jim Oddie came out as gay in an interview with the Bay Area Reporter in 2018, he became the second LGBTQ committee member, followed by George Perezvelez, a gay man appointed to a vacancy.

Now there are 17 openly LGBTQ members serving on the committee in some manner. Eight were elected in March, such as gay San Leandro City Councilman Victor Aguilar Jr., who is now serving as the committee's vice chair from state Assembly District 18, and bisexual Assemblyman Alex Lee (D-San Jose), who is an ex-officio member due to his election last year to the 25th Assembly District seat that includes parts of Fremont.

Nine are serving as alternate members, including Oddie and Perezvelez, as the two former party vice chairs lost their bids for reelection in March. Also serving as an alternate is gay Dublin City Councilman Shawn Kumagai, elected by the committee members last week as the party's vice chair for Assembly District 16.

The other out alternates are Martha H. Kreeger, who is bisexual and also lost her committee seat bid last year; Lucy Shen, who is nonbinary and fell short in their bid for a Fremont Board of Education seat last year; gay Fremont Human Relations Commissioner Martin Kludjian; and queer consultant Donald Lathbury, who formerly worked as Congressman John Garamendi's communications director.

With so many LGBTQ people on the committee, there is talk of forming an LGBTQ caucus within it for the out leaders to be able to meet together, provide support, and discuss issues of particular interest to the LGBTQ community.

"I want to work especially closely with our newly elected LGBT members to ensure they have support in advocating within our party for our community," said Kelley. 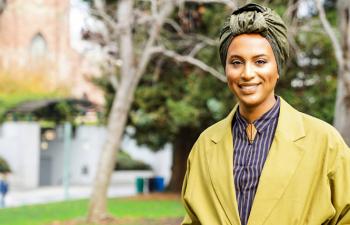 McCoy's election to serve alongside Alice's female co-chair, Catie Arbona, whose two-year term will expire in January 2022, had been expected. As the B.A.R.'s online Political Notes column reported December 18, he was the lone person to seek the leadership position of the LGBTQ political group, which will mark its 50th anniversary this year.

Among the other club members elected to board positions was Honey Mahogany, now co-chair of Alice's political action committee and formerly co-president of the city's Harvey Milk LGBTQ Democratic Club, long seen as the more progressive of the two clubs. A queer nonbinary trans person who is the chief legislative aide for District 6 Supervisor Matt Haney, Mahogany failed to win a second term as Milk club co-president in 2019 during a contentious leadership race.

(Her taking on the leadership role at Alice is the reversal from the route gay District 8 Supervisor Rafael Mandelman had taken. After leading Alice's PAC in 2005, when it was known as the endorsement committee, Mandelman was then elected president of the Milk club in 2008. Additionally, lesbian Martha Knutzen was the Milk club's president in 1995 and in 2012 became an Alice co-chair.)

In recent years the two clubs have moved closer in alignment on both policy issues and political endorsements. Fujimoto pointed out how progressive Alice has become in his farewell message as co-chair.

Mahogany told the B.A.R. she became a dues-paying member of Alice last year and was looking to get more involved again in the leadership of one of the city's political clubs. A member of its PAC, she earned Alice's endorsement of her 2020 bid for a seat on the San Francisco Democratic County Central Committee, becoming its first trans non-male member last April

"While I was co-president of the Harvey Milk LGBTQ Democratic club I worked relatively closely with the co-chairs of the Alice B. Toklas club on a variety of things. I think we were able to find a lot of common ground," said Mahogany, adding that several club members suggested she seek the PAC position. "I was honored to be asked. I think since leaving the Milk club I've been wanting to get more involved on the local level on the board of a Democratic club. Local Democratic clubs do lot a of on-the-ground organizing work for our candidates. I was hungry to get involved on that level again, and I am really looking forward to serving on the board."

McCoy told the B.A.R. he looks forward to working with not just Mahogany and Luis Zamora, a former SF Young Dems president, but all of the "new well-qualified" board members.

"We're adding such an enormous wealth of knowledge, experience, and perspective on Alice this year that will be critical to the continuing work we have ahead of us," noted McCoy.

As for the Milk club, its members will meet from 7 to 9 p.m. Tuesday, January 19, to elect its new executive board for 2021. Expected to become its co-presidents are Kaylah Williams, who is seeking election to a full one-year term, and Edward Wright, 29, who is queer and the club's vice president of political affairs.

Current co-president Kevin Bard is stepping down two years after succeeding Mahogany and her co-president, Carolina Morales. Williams, 28, who is bisexual, was elected in June as co-president following the fallout from an email Bard wrote targeted at San Francisco Mayor London Breed.