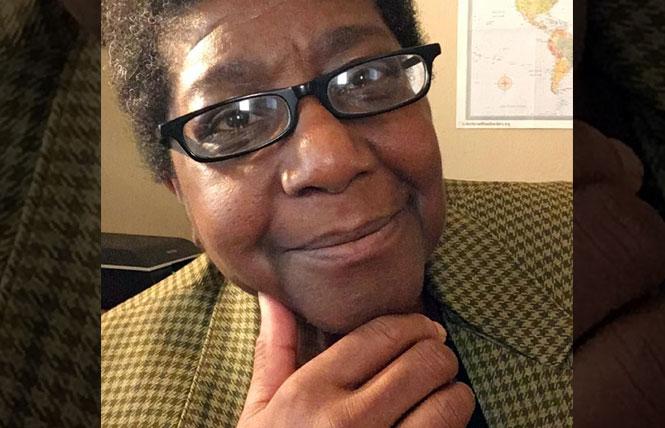 Lenn Keller, a lesbian who worked to preserve her community's history, died at home in Oakland December 16 of cancer, according to friends and a post on the Bay Area Lesbian Archives Facebook page. She was 69.

Ms. Keller started BALA in 2014 when she put out a call for anyone with stories to tell and ephemera to donate to contact her, according to a 2015 Bay Area Reporter article. The project grew out of a talk Ms. Keller had given a few months prior about the need to preserve "Bay Area lesbian legacies" and what was being done in regard to Bay Area lesbian history preservation.

Her collection of lesbian archival material includes posters, fliers, and other memorabilia. It is modeled after the Lesbian Herstory Archives located in Park Slope, Brooklyn and the June L. Mazer Archives in West Hollywood, billed as "the largest major archive on the West Coast dedicated to preserving and promoting lesbian and feminist history and culture."

As she noted on the project's website, "Currently, little representation of lesbians exists in local archives. Some are almost out of space, creating a critical and immediate need for a local facility to preserve and process the activist, cultural, and community history of lesbians from the last sixty years, and into the future."

Ms. Keller, a photographer and filmmaker, moved to the Bay Area in 1975. She was well-known for her anonymous photographs of activists and others. In a story last year, KQED noted that Ms. Keller's work was featured at the Oakland Museum of California's "Queer California: Untold Stories" exhibition.

Ms. Keller moved to New York City after graduating from high school. The New York artists' collective had introduced her to photography and filmmaking, and once in Oakland she taught herself the skills, graduating from Mills College with a degree in visual communication in 1984, the KQED article noted. She and her camera became inseparable.

Alex Austin, an attorney and friend of Ms. Keller's who represented her pro bono for years, told the B.A.R. that Ms. Keller had a diagnosis of stage 4 cancer a few months ago.

"She was surrounded by her community and caretakers and passed away on her own terms," Austin said.

"She was generous and one of the smartest people that I knew," Austin added.

Ms. Keller was a community grand marshal for this year's San Francisco Pride celebration, which was virtual due to the pandemic. SF Pride officials mourned Ms. Keller's passing in a recent newsletter.

"A mentor and a force, she will very much be missed," SF Pride noted.

An obituary in Oaklandside noted that Ms. Keller, who described herself as "a proud butch lesbian," lived a life of what she would later refer to as "prefigurative politics" — creating the world one wishes to see. Throughout the 1970s and 1980s, she played a leading role in the Bay Area's thriving community of Black lesbian activists. In more recent years, she devoted herself to preserving the often-overlooked stories of these women.

There has not been an announcement of a memorial. For more information about BALA, go to its Facebook page.

Ms. Keller's vast collection of memorabilia and photos documenting the LGBTQ community are housed in the Bay Area Lesbian Archives, where approximately 60 collections are in two large climate-controlled storage units in Oakland. Ms. Keller's dream was for the archives to have a permanent physical home in the East Bay, open to researchers and the public. BALA will continue the work of preserving lesbian history. To make a donation in Ms. Keller's honor, become a sustainer, or to help BALA achieve the dream of a building for the archives, go to www.bayarealesbianarchives.org

Updated, 1/4/21: This article was updated to include information on BALA. 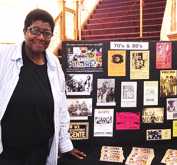