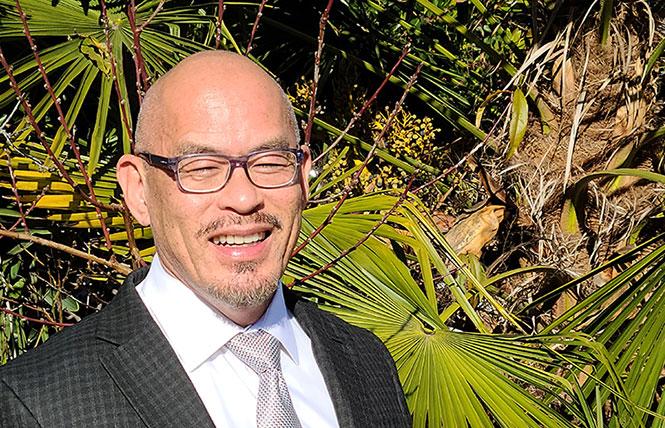 A gay Asian federal law clerk will be joining the Alameda County Superior Court, bringing the number of out judges on the East Bay bench to eight in early 2021.

Governor Gavin Newsom named Oakland resident Keith Kern Fong, 58, to a vacancy on the court December 8. Fong was one of three judicial appointments to the Alameda bench that Newsom announced earlier this month.

Fong, a Democrat, will fill the vacancy created by the retirement of Judge Ronni B. MacLauren. He has been a law clerk for Judge Saundra Brown Armstrong at the U.S. District Court, Northern District of California since 2009.

He will be the second gay male jurist known to be serving on the Alameda County court, as Judge Tom Reardon has served on the bench for 22 years. As of the end of 2019, there were six LGBTQ judges on the East Bay bench according to the demographic data on the state's judiciary released in March.

Fong, who is of Chinese descent, will be one of at least two gay Asian male judges in the Bay Area. The other, San Francisco Superior Court Judge Roger Chan, reached out to Fong to congratulate him on his appointment and offered his support as Fong transitions onto the bench in either late January or early February.

"I am just thrilled. I have so many emotions; I am excited, humbled, all of those things," Fong told the Bay Area Reporter in a recent phone interview. "It is such an honor to serve. It is especially an honor being a gay man of color joining the bench."

Joining the Alameda bench January 4 will be Elena Condes, a lesbian and longtime criminal defense attorney who won election to a vacant judicial seat in the November 3 election. Condes, who is Latina, will be the first LGBTQ woman of color on the East Bay county court.

She and her wife, Danielle Condes, live in Berkeley and have a 20-year-old daughter in college. She will serve alongside the court's four out female judges: Jenna M. Whitman, Kimberly E. Colwell, Tara M. Flanagan, Karin S. Schwartz, and Victoria S. Kolakowski, the state's lone out transgender jurist who is married to B.A.R. news editor Cynthia Laird.

Once Fong and Condes are seated, the Alameda court will have the second highest number of out judges serving on it behind the Los Angeles County Superior Court, which had 20 LGBTQ jurists as of the end of 2019 according to the most recent judicial demographic data. With Newsom's appointment of gay attorney Russell S. Roeca to the San Francisco Superior Court in August, the city's bench currently has seven out jurists on it.

Fong was born in Oakland and lived in both Alameda and Contra Costa counties growing up. He has been with his partner, Chris, a sign language interpreter, for nearly 20 years. They married in August 2019 and live in the Redwood neighborhood of Oakland, not far from the Mormon Temple.

"I have been working for the judiciary now off and on 17 years. In that capacity I really have come to appreciate the critical role that judges have in making sure that justice is done," said Fong. "I saw the awesome power and fulfillment of being a public servant and making sure the process works the way it should."

He had first applied for a judicial appointment near the end of former governor Jerry Brown's last term and reapplied this past January with Newsom's judicial appointments secretary, who at the time was Martin Jenkins, now the state's first out gay Supreme Court justice. Fong learned he had been selected a few days prior to the official announcement earlier this month.

He is staying on with Armstrong for the time being so she can hire a new law clerk and help that person transition into the job. Fong told the B.A.R. it will be a difficult transition for himself when his last day as her law clerk comes.

"It is hard moving on. I love working for the judge," he said. "She is an amazing jurist and an amazing person. I learned so much from her."

Fong sworn in as Alameda County judge
Sign up!