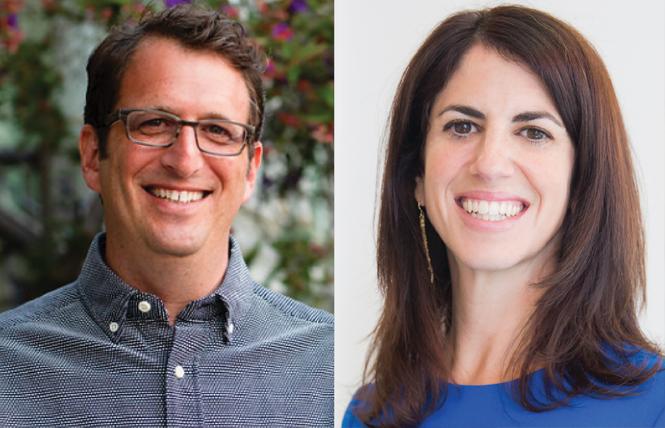 That San Francisco supervisors are not journalists and unclear about the principles of the First Amendment was clearly evident during a lengthy conversation at the December 1 board meeting where the merits of "good journalism" were debated for nearly an hour. At times it was a frightening conversation, as seven supervisors were determined to squelch free speech because some of them didn't like what a particular local publication had written or tweeted about them.

Punishing the press is often the reaction of politicians, on the right and left, who don't like being scrutinized or criticized. But one way good government is maintained is by the press reporting on politicians and their work — it comes with being an elected official paid by taxpayers. Free speech guaranteed under the First Amendment provides more protection to journalists in the U.S. than in the majority of countries where in extreme cases journalists face risks to their personal safety.

The whole conversation started over what should have been a routine agenda item: approving a list of community newspapers to be part of the city's neighborhood outreach advertising program. (The Bay Area Reporter is one of those papers.) But District 5 Supervisor Dean Preston took exception to one of the periodicals on the list, the Marina Times, operated by Jasmine Blue Media LLC. He accused the paper of doxing public officials and said it was "fact-free, hate-filled propaganda." Specifically, Preston was irate about a tweet sent out on the paper's Twitter account that he said threatened his family. Because of this, Preston wanted the Marina Times pulled from the list and made an amendment to do just that.

District 2 Supervisor Catherine Stefani, an attorney whose district includes the Marina, quickly objected, saying she was made aware of the amendment a mere 15 minutes before the meeting. "I'm actually quite shocked by the proposed amendment," she said. "I can't stress enough the troubling consolidation of local news outlets throughout the country in the last century, really, that's coincided with a rise in social media and President Trump's vicious attacks on the First Amendment. In the last 15 years, one-quarter of all U.S. newspapers have died." That, she continued, "creates news deserts. ... We can't allow these trends to continue and can't facilitate [that] by killing off local outlets in San Francisco."

District 3 Supervisor Aaron Peskin said there was a larger issue at stake in the way the city awards these advertising contracts and that perhaps they should discuss including online and other outlets because a lot of people consume news that way. But after at first voicing tepid support for Preston's amendment, Peskin rightly reversed himself. "I'm actually now getting troubled about the First Amendment," he said as the discussion dragged on. "I do not want to be 1/11th of a body that is making a decision as to what is OK speech or not OK speech in a publication that we fund." It's not acceptable, he added, for the board to go down that road.

Gay District 8 Supervisor Rafael Mandelman, also an attorney, expressed similar misgivings. "I am concerned that we're straying dangerously close to not entering into a contract because of a viewpoint of the publication," he warned.

In addition to Preston, District 9 Supervisor Hillary Ronen was off base in her analysis. "There's a distinction between how we spend public money and what we call journalism," she said. "My basic standard for journalism is truth and facts. This has been degraded under the Trump administration." Going on to criticize the Marina Times, Ronen, also an attorney, said that the paper has been "presented with facts to show they're incorrect and they refuse to correct or retract. Our responsibility as supervisors is to decide whether to support an outfit that presents lies as facts."

But District 11 Supervisor Ahsha Safaí countered by characterizing her argument as a "slippery slope." He volunteered that he's been the subject of "salacious lies in many online articles by [outlets] championed by some members of the board as wonderful journalism. I never have an issue with that."

District 10 Supervisor Shamann Walton agreed with Ronen. "I don't think this is about the First Amendment," he said. Newspapers can "write what they want," he added, "but I don't think taxpayer money should go to gossip." We have reservations about Walton's purported interest in becoming board president in January if he doesn't seem to understand the First Amendment and thinks it's OK for the city to strip contracts from publications they don't agree with.

The fact that a majority of the supervisors weren't able to appreciate the Constitution's First Amendment is distressing. By Monday, December 7, Ronen and Preston issued a joint statement, in which they tried to have it both ways. "While the Marina Times regularly pushes hate-filled rhetoric and lies that routinely violate numerous provisions of the Code of Ethics of the Society of Professional Journalists, the last thing we want to do is take other action that could chill other outlets," they stated.

Ronen and Preston still don't get it. The board should be concerned about taking action that could chill ANY outlet, no matter its political leanings or editorial content. Ronen and Preston did state they heard from many journalists who were both critical of the Marina Times and their concern that canceling advertising with that publication without a clear, objective standard upon which to base that decision could have a chilling effect on other papers. The supervisors concluded by stating that they are reviewing the contracting standards to update the administrative code (Proposition J, 1992). They reiterated those comments Tuesday.

Any changes to Prop J would likely have to go before voters. But it remains problematic that at least two supervisors seem to want to devise rules that would disqualify a publication (implicitly or explicitly) from city funding. That's not an appropriate solution. We shudder to think how this same type of discussion could affect LGBTQ publications or those serving communities of color, for example, if the political climate here was different. (And just to be clear, it is different in other parts of the country.)

The Founding Fathers crafted the First Amendment for a reason — free speech is paramount to maintaining a free, democratic society. It's deeply troubling that in 2020, there are seven members of the San Francisco Board of Supervisors who do not understand that and ironically, on a basic level, come dangerously close to sharing the president's impulse to punish the press.