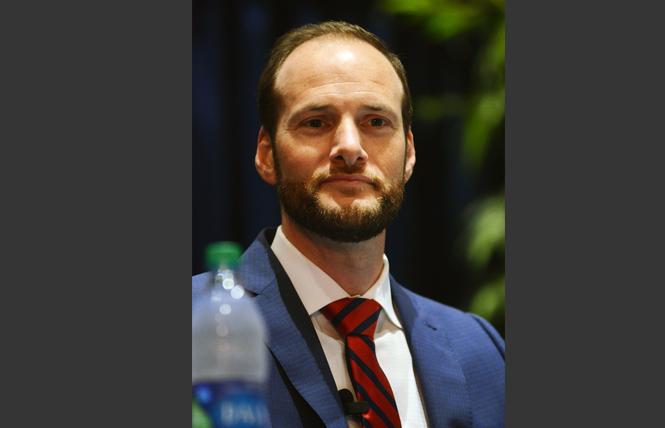 As the Bay Area Reporter previously reported, Proposition 20 would have undone parts of AB 109 (2011), Props 47 (2014), and 57 (2016) by reinstituting stricter sentencing laws, making it more difficult to qualify for early release, and granting parole boards more discretion.

Drug possession and shoplifting could have been charged as felonies again, as before 2014.

Those convicted of these crimes would have to submit a DNA sample for databases.

San Francisco District Attorney Chesa Boudin, who was elected last year as one of a new breed of progressive prosecutors, told the B.A.R. that he agrees with the result.

"The resounding defeat of Prop 20 — which would have increased penalties for certain nonviolent offenses and undermined incentives for people to engage in programming while incarcerated — shows that Californians can see past fear-mongering and focus on sound policy," Boudin told the B.A.R. "The results in Propositions 17, 20, and 25 demonstrate that Californians continue to support criminal justice reform and there is appetite to further our recent progress."

Prop 17, which restores the right of felons to vote upon the completion of their prison term, has passed with 58.5%, according to preliminary results.

"Prop 17's restoration of voting rights to people on parole reenfranchises many thousands of people, and chips away at the legacy of slavery in this state," Boudin said. "I am thrilled that Californians voted to expand our democracy to include more people who have been personally impacted by the criminal justice system and who we need to successfully and fully rejoin their communities." 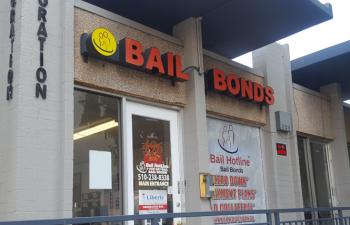 Proposition 25 would have ended cash bail in California and replaced it with individual risk-assessments from judges. It was defeated with 56.3% voting no, according to preliminary results.

Prop 25, which would have allowed 2018's Senate Bill 10 to go into effect, was criticized for giving judges too much leeway in deciding who goes to jail to await trial and who is released on their own recognizance. Many progressives opposed Prop 25, as did the NAACP. The bail bond industry put Prop 25 on the ballot and spent millions of dollars in advertising.

"I took a neutral position on Prop 25, a complex proposition that divided many in the criminal justice reform community," Boudin said. "Prop 25 did not succeed, in large part, because criminal justice reformers are demanding that bail reform is done right. I am confident that efforts to eliminate cash bail and the criminalization of poverty will soon prevail. Until they do, I hope more prosecutors across California will follow our office's lead and will stop seeking bail as it undermines public safety and makes a mockery of the promise of equal protection under law."

Boudin ended cash bail for all criminal cases in San Francisco shortly after he took over as DA.

Affirmative action fails
The practice of considering race, sex, or ethnicity in college admissions and public contracting and employment to ameliorate the effects of discrimination, known as affirmative action, was ruled to be constitutional by the U.S. Supreme Court in the 1978 case of Regents of the University of California v. Bakke, so long as a specific quota system is not used and race is considered among a variety of factors. Nevertheless, California voters passed Prop 209 in 1996 to ban affirmative action in the state.

Proposition 16 would have repealed California's ban on affirmative action, but it failed 57.1%-42.8%, according to preliminary results, dealing a blow to progressives and other supporters who thought the time was right with a nationwide reckoning over race in the news this summer.

The defeat of Prop 16, and the success of the Uber/Lyft-backed Proposition 22, has elicited musings that the state's reputation for progressivism is overstated.

"I think the defeat of Prop 16 shows we have a lot of work to do to go beyond performative actions and toward the real policy and systemic changes needed to move towards racial and social justice," Edward Wright, the chair of the Harvey Milk LGBTQ Democratic Club's political action committee, told the B.A.R.

"Hashtags and marches have their place, and we also need to show up at the ballot box, in our communities, in our lives and positions of power to achieve change. California didn't show up for justice when it counted," he added. "It's profoundly disappointing, and revealing about how far we still need to go, and how much hard and deeply rooted work we have to do."

Wright said that the political process disenfranchises the working class and minorities.

"I think the results of both of these measures also show the shortcomings of our democratic process, even in a year with record turnout and historic engagement," he stated. "White people are a minority of California residents, but still a majority of California likely voters, because there are still far too many barriers to voting, and because political parties continue to fail to represent the needs of a multiracial, working-class majority."

Kevin Bard, a gay man who is co-president of the Milk club, said that some people may have been confused by the messaging on Prop 16.

"Unfortunately, I am not surprised Prop 16 failed," Bard wrote. "Its tagline should have been 'Legalize Diversity' or something simple like that."

When asked why he was not surprised, Bard said, "Yes/no campaigns are always difficult. Prop 16 was asking people to vote yes in order to say no to the affirmative action ban. Too many double negatives. I voted yes because thankfully, I knew better."

Another progressive measure that went down in defeat on November 3 was Proposition 18, which would have allowed some 17-year-olds to vote. It lost 55.9%-44.0%, according to preliminary results.

A dispute between the Service Employees International Union-United Healthcare Workers West and for-profit dialysis clinics led to Proposition 23, which would have required clinics to have at least one licensed doctor on hand at all times except in the event of a true shortage, and would have required that certain dialysis data be reported to the California Department of Public Health, but it, too, went down in defeat 63.5%-36.4%.

Proposition 14, which authorizes $5.5 billion in state bonds for stem cell research, passed 51.1%-48.9%, according to preliminary results.

Jonathan Thomas, Ph.D., chair of the California Institute for Regenerative Medicine board, thanked the voters in a statement.

"We are thrilled to see Proposition 14 approved by the voters of California. We are proud of what we have achieved so far — the cures and therapies we helped develop, the billions we brought into the state in additional investments, and the tens of thousands of jobs we created — and we look forward to continuing that work," Thomas stated. "We are already working on ways to repay that trust and bring stem cell and regenerative therapies to all the people of this great state, particularly for communities that have traditionally been overlooked or underserved."

The Yes on 14 campaign team touted the victory in an email.

"This is a massive victory for California patients with chronic disease and for the future of stem cell research, treatments and cures in the state — and it would not have happened without you," a statement reads. "When COVID-19 lockdowns posed unparalleled obstacles to the signature gathering process, many campaigns threw in the towel. Our determined, patient advocate-led coalition refused to give up, came together, and activated their personal, professional, community and advocacy networks to gather the final signatures we needed to qualify, and just in time!"