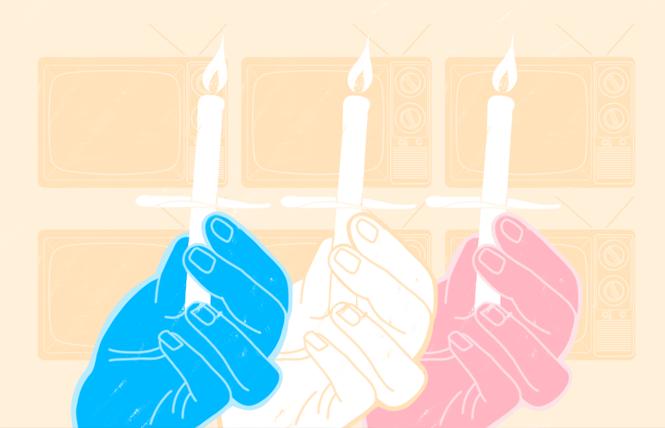 Marilyn Monroe Cazares was a 22-year-old transgender Latina who "courageously lived her truth" in Brawley, California. But on July 13, her body was found near an abandoned building, stabbed and burned in what her family believes was a hate crime.

She is one of the at least 34 trans or gender-nonconforming people who have been brutally killed in the U.S. in 2020, according to the Human Rights Campaign. The majority of these victims were Black and Latinx trans women. This year has become the deadliest one on record for trans Americans.

Hate crimes against trans people are surging, and the community has only a patchwork of state laws providing protection from hate crimes on the basis of gender identity. Anti-trans attacks in the U.S. have become so grave that in 2019, the American Medical Association called them an "epidemic of violence against the transgender community." Violence is an omnipresent threat that trans people confront in nearly every aspect of their life, and too often it is an issue that media and cisgender people ignore.

But if you get your news coverage from national TV networks — and TV news is the most preferred news source of Americans — you might think trans people were being killed only during Pride Month. Media Matters for America, a nonprofit organization that monitors and corrects misinformation in the news, analyzed broadcast and cable TV coverage of anti-trans violence from June to August, and we found that networks reported on the topic for 29 minutes in June, most of it on MSNBC, but then largely ignored it for the rest of the summer.

Over half of that coverage focused on demonstrations for Black trans lives that took place in New York City and Los Angeles on June 14. These powerful demonstrations drew an estimated 45,000 people in total and coincided with Black Lives Matter protests across the globe — including San Francisco's Courthouse 2 Compton's march on June 18. Protesters held signs calling out systemic racism in the LGBTQ community and chanted the names of three Black trans people who had been senselessly killed in the prior two weeks: Tony McDade, Dominique "Rem'Mie" Fells, and Riah Milton. All three were under 40 years old.

Yet in July and August, outside of a 1-minute report from ABC, TV news outlets failed to report on anti-trans violence at all. At least eight trans or gender-nonconforming people were killed in the United States during this time, but networks failed their viewers by ignoring these tragic deaths. This is part of a yearslong trend of TV news networks failing to report on the topic.

What's more, local news outlets often misgender and deadname slain trans people, in large part because they are parroting initial police reports that exclusively refer to victims by their legal name and gender. This has happened to at least 22 victims in 2020, even though it's a dehumanizing practice that goes against journalistic standards.

LGBTQ advocates push for solutions to the epidemic of violence year-round, but our community is often noticed in corporate advertisements and TV news only during Pride Month. Courageous trans people of color have literally had to grab the mic to call for change for years — as Sylvia Rivera did in 1973 and as a woman did at the September 25 Black Trans Lives rally at San Francisco City Hall.

Nonetheless, TV news networks' failure to adequately cover issues facing trans people, paired with the fact that only 30% of Americans know someone who is trans, yields a troubling void of accurate trans representation. Right-wing media and extreme anti-LGBTQ groups seize on this lack of reporting and in turn spread dangerous misinformation about the trans community. A Media Matters study of Facebook posts about trans topics found that content from right-wing sources dominated the platform. This is notable, as 43% of Americans report getting news on Facebook.

This media ecosystem vilifies trans people and fuels bigoted legislatures as they propose and pass laws that ban trans people from competing in sports, prevent them from updating identity documents, and even cut off access to life-saving health care.

It is vital that media, particularly TV news networks, produce intentional, fact-based reporting on violence facing the trans community beyond Pride Month. This epidemic of violence, which has claimed at least five lives since September 1, urgently requires national attention and widespread action. When networks do report on the topic, they must center trans voices, contextualize the socioeconomic factors that leave trans people vulnerable to violence, and call out the racist, cis-centric systems that erase trans experiences.

Rachel Campbell, a steering committee member of TransLAW, about TV news coverage of trans issues, told me that "it's important to see trans representation on TV because representation shows that the Black trans community is real." She continued, "Representation in news showing trans people in a positive light would do so much towards showing that trans people want normal families, careers, and lives just like any other human being."

Just last month, the country lost Monica Roberts, a titan of journalism on anti-trans violence. In her absence, it is ever more apparent that national media must speak the names of those we have lost to senseless violence and honor them with action. And it is far past time for the media to report on anti-trans attacks year-round — not just during our one month of celebration.

Alex Paterson is an LGBTQ researcher at Media Matters for America, where he has worked since 2019.