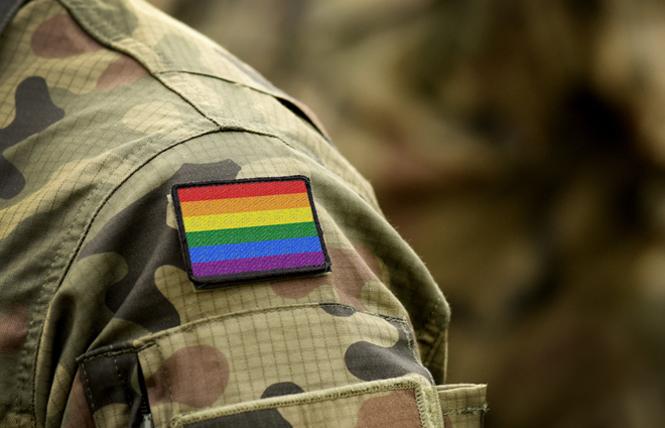 The U.S. Department of Veterans Affairs' Veterans Health Administration has not been accurately and systematically documenting LGBTQ veterans' health care, which impacts an understanding of their health outcomes, a new report found.

A shocking 89% of veterans' records lack Social Institutions and Gender Index, or SIGI, data nearly a decade after the repeal of the military's "Don't Ask, Don't Tell" policy, a team of Government Accountability Office researchers discovered during an audit of the VHA's handling of tracking minority veterans.

The 1993 DADT policy was ushered in by former President Bill Clinton's administration. Through this directive, service people were not required to disclose their sexual orientation and others were not permitted to ask them. The policy was repealed by Congress in 2010; that went into effect in 2011.

In 2012, the VA launched the LGBT Health Program along with the Office of Health Equity and Women's Health Services to examine and analyze gaps in services affecting LGBTQ veterans and make recommendations for policies and procedures, reported the Marine Corps Times.

More than 6 million veterans utilized VHA services during the 2018 fiscal year. Women represent about 8% of these veterans — about 510,000 women veterans, according to the "V.A. Health Care: Better Data Needed to Assess the Health Outcomes of Lesbian, Gay, Bisexual, and Transgender Veterans" report published October 19.

Less is known about the number of LGBTQ veterans using VHA services, according to the report.

The researchers also discovered inconsistencies in implementing and following policies and procedures and data collection, such as a failure to have a standardized field for sexual orientation on forms and to connect data systems electronically.

Creating an electronic recording system that connects with SIGI systems has been on the VHA's task list, but the job has only been partially done. VA officials informed the research team that competing information technology priorities overshadowed completing implementation of the task, which included connecting the two systems to each other, said Debra Draper, the director leading the report team at the GAO.

"They've been working on this. It's not like they've ignored it, but they haven't fully implemented it yet," said Draper, a 63-year-old ally.

"The data needs to get better," she continued. "They don't really know the size of this population.

"You really need to identify this group so that you can identify their health care needs and make sure that they are getting services that they need like with any other population ... and that there are no health disparities," she said.

Draper told the Bay Area Reporter that the GAO does quite a bit of work with the VHA, estimating that at any point the agency has 14 to 15 different jobs examining various aspects of VA health care.

VA acting Chief of Staff Brooks Tucker was well aware of the data collecting and analyzing and system-connecting problem.

"The Veterans Health Administration agrees with the importance of collecting data on sexual orientation in order to better understand the unique health care needs of all veterans, especially veterans with lesbian, gay, bisexual and related identities," he told the Marine Corps Times.

A working group and key stakeholders tasked with modernizing its electronic health care records system is being established, he said.

The VHA plans to begin collecting data in April 2022 and analyzing the information six months after the updated systems are complete, according to the report.

Last month, the VA launched its first roll-out modernizing its electronic records system in Spokane, Washington's VA, four medical centers in the area, and its billing system in Las Vegas, according to an October 27 agency news release. The VA expects to complete the rollout of its new system to its 170 medical centers nationwide by 2028.

"This is going to be a long process, so, this is not going to happen overnight," said Draper.

Finding the gaps
In 2018, Congress ordered the GAO to audit the VHA's data collection and reporting procedures for information on gender, race, ethnicity, and sexual orientation of veterans. The mandate followed the House Appropriations Committee's presentation of the VA's Center for Minority Veterans 2017 report that projected that one-third of veterans will come from minority groups by 2040, according to a report.

A team of GAO researchers led by Draper conducted an in-depth investigation of the VHA August 2019 through October 2020.

The GAO researchers made recommendations for improvement to the VA's system: implement systems to consistently collect LGBTQ veterans' health data across all systems and to analyze the information gathered and report on health care outcomes, according to the report.

In service of LGBTQ vets
The VA agreed with the researchers' assessments of its findings and recommendations in its September 24 response to a draft of the 34-page report.

The VHA acknowledged the lack of access to health care and health disparities among many LGBTQ veterans, particularly transgender military service members.

In 2017, President Donald Trump announced he was reinstating a ban on transgender individuals serving in the military a year after former President Barack Obama lifted the ban.

President-elect Joe Biden has said he will reverse Trump's ban on trans troops.

Tucker explained that the VA and VHA have created a more welcoming environment for LGBTQ veterans and provide services. The agencies have provided and identified cultural sensitivity training and resources to staff and management as well as educational material for queer veterans.

The VA has participated in the annual Human Rights Campaign's Healthcare Equality Index since 2012.

Randal Noller, public affairs officer at the Office of Public and Intergovernmental Affairs of the VA, only quoted directly from the report in responding to the B.A.R.'s request for comment.

The VHA recognized that queer women are "over-represented" in the LGBTQ veteran community, Tucker noted.

The LGBT Health Program works closely with the Women's Health Program providing resources, including a podcast, "She Wears the Boots," focused on LGBTQ veterans' issues.

This year was the first time the agency's Survey of Healthcare Experiences of Patients Program included questions about sexual orientation and gender identity, Tucker explained.

Still, LGBTQ veterans reported that they "expect to experience prejudice and discrimination in VHA care," Tucker said in the report.

Tucker also noted the seriousness of suicide among veterans overall and LGBTQ people.

"Thus, VHA facilities must work harder to ensure that veterans with LGBT and related identities feel welcome," he wrote in the report. "All staff have a responsibility to make veteran patients, including LGBT veterans, feel welcome."

A representative of the Alexander Hamilton Post 448 of the American Legion did not respond to multiple requests for comment from the B.A.R.