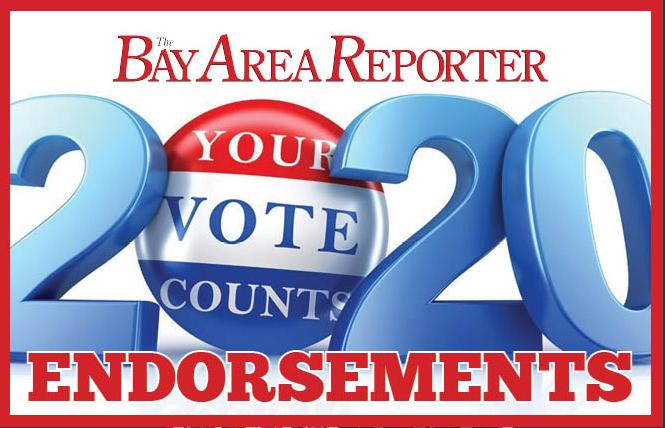 There are a bevy of LGBTQ candidates seeking office in the November 3 election. Some are incumbents while others are challenging the status quo, uplifted by the belief that queer candidates matter, especially in local races, where having a seat at the table can result in tangible improvement not only for LGBTQ folks, but other minorities and straight people. Voters living in cities outside San Francisco should consider the following candidates, all of whom completed the Bay Area Reporter's candidate questionnaires for their races. 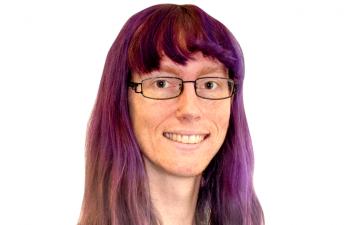 AC Transit At-Large, Victoria Fierce
A queer trans woman and regular AC Transit rider, Victoria Fierce said she is running because she wants a transit agency that works for everyone, not just the few. Ridership in Alameda and Contra Costa counties has plunged due to the pandemic, and the board will need to address a budget deficit and service plan going forward. "We need leadership that ensures the district won't just survive the COVID pandemic, rather, we need leadership that can guarantee it will thrive once we're out on the other side," she wrote.

AC Transit doesn't have its own police force; it contracts with the Alameda County Sheriff's Office for security services. Fierce supports that arrangement, although she wants to reduce the number of police encounters, both to demonstrate how more can be done with less policing and as a means to lower billable hours accrued on the contract. One way to do this during the pandemic is to have AC Transit provide masks to riders who don't have them, similar to BART's policy, rather than have police enforce the requirement for all passengers. "In doing this, they're providing people with the means to comply with the mandate; it takes away the common 'I forgot it at home' excuse ... and doesn't penalize those who happen to have bad luck at the time."

Fierce, a community organizer and one of the original founders of East Bay for Everyone, which has more than 2,000 members, would bring a vision for improved public transit to an agency that needs it. That includes putting Black, Brown, and LGBTQ people in positions of power and supporting small businesses by tapping the bus rapid transit business support fund within the agency's bureaucracy. There are millions of dollars left after street improvements for bus rapid transit, she wrote, and the money can be redirected to support local businesses that were already struggling before the rapid system opened.

Fierce has an uphill fight running against a longtime incumbent. But she's qualified and voters should give her an opportunity to serve. 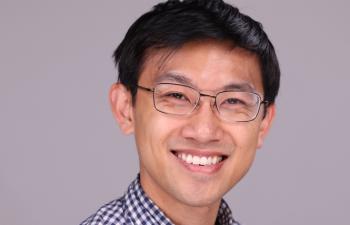 AC Transit, Ward 1: Ben Fong
Ben Fong also rides AC Transit regularly. A gay man and UC Berkeley and Stanford educated transportation professional, Fong would bring his expertise to the board. Fong served on the Berkeley Planning Commission for several years, and helped redesign the Adeline Corridor, implemented transit demand management measures incentivizing public transit, and worked on behalf of Berkeley's underserved communities. He noted in his questionnaire that people of color make up three-quarters of AC Transit's riders and decried potential service cuts to balance the budget that would impact low-income communities. AC Transit's current budget of $474 million is largely funded through property taxes, passenger fares, and sales tax subsidies. Fong would like to explore long-term funding sources and increase coordination with the 27 other transit operators that serve the Bay Area. A former Foreign Service official in the Obama administration, Fong's record of public service and his experience with public planning policy would be a great asset to AC Transit. 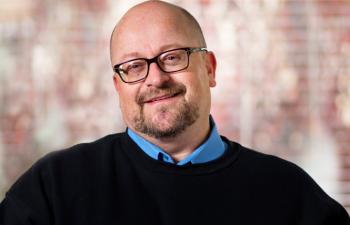 Morgan Hill City Council, Dist. C: Rene Spring
A gay man who has served on the Morgan Hill City Council since 2016, Rene Spring is seeking reelection. One of Santa Clara County's few out elected officials, Spring has pushed to enhance diversity among city commissions and staff, as well as support small businesses. He is in favor of extending an eviction moratorium in his city because of COVID if the county doesn't extend its own. On policing, Spring wrote that the city has begun a community conversation about reforming its police department and policies, with the goal of improving services to homeless and mentally ill residents. Spring has done a good job during his first term; he should be reelected. 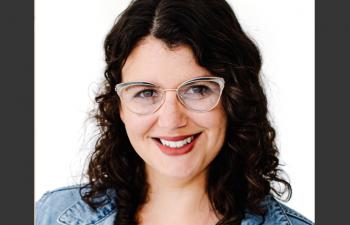 Livermore City Council, Dist. 3: Brittni Kiick
Brittni Kiick, a queer bisexual woman, is making her first run at elective office and serves as director of engagement and education for Livermore Pride, which got involved in a dustup earlier this year over an anti-LGBTQ operator at a farmers market there. On the creation of middle class housing, Kiick wrote that the city "just started allowing new builds of apartments for the first time in years." She said the city needs to continue encouraging similar projects with smaller affordable units, rezone small lots, and allow more duplexes. Small businesses in the East Bay city have been hit hard by COVID, and right after the shutdown Kiick worked to create a small business support group and collaborated with a friend to create promotional videos. Kiick's ambitions for her community would be beneficial to the City Council. 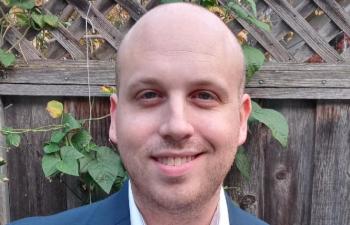 Santa Clara City Council, Dist. 6: Anthony Becker
Anthony Becker, a gay man, is a Santa Clara planning commissioner. He was not successful in previous races for mayor and City Council. He is a working-class renter and wrote that this representation is missing from the council. He stated that he understands the "great need for middle income housing, even low-income housing" in his city. He would like to see more representation by people of color on city commissions — he's the only LGBTQ person in years on the planning body — and stated that if elected, he would select a woman of color to replace him and work with the City Council to approve her. Santa Clara needs voices like Becker's on its City Council. 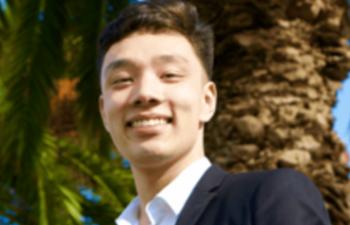 South San Francisco City Council, Dist. 4: James Coleman
A bi man, James Coleman is an environmental advocate who would be the youngest, at 21, and first openly LGBTQ person elected to the council. He is attending Harvard University, and plans to graduate next spring. Coleman pointed out that South San Francisco has had its share of officer-involved shootings, including the death of 15-year-old Derrick Gaines by a South San Francisco police officer who is now an officer with the San Francisco Police Department. Coleman favors redirecting a portion of the police department's budget toward better officer training, local programs for homelessness, mental health assistance, and domestic violence relief. He also supports forming an alternative group of first responders to attend to non-violent calls for assistance. On housing, Coleman pointed out that LGBTQs represent 40% of the youth homeless population and queer adults face potential discrimination from landlords and employers that could impact their livelihoods. He backs ending exclusionary zoning and upzoning areas around the city. Coleman would add a new, young perspective to the City Council. 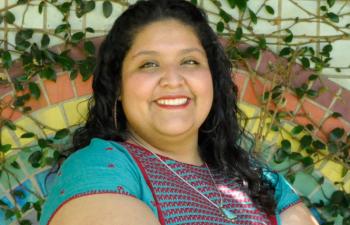 Santa Clara County Board of Education Trustee, Area 4: Ketzal Gomez
Ketzal Gomez is an Indigenous queer woman who responded that she understands "the multi-layered issues our communities face." A graduate of public schools, Gomez works with the Santa Clara County Office of Women's Policy, where she addresses issues in leadership and the justice system that affects women and girls. Regarding that system, Gomez wrote that defunding police at the school board level would include removing resource officers on school campuses. She would advocate moving that funding to mental health resources for students. It's trickier at the Board of Education level, she noted, because that body oversees juvenile hall and the Ranch (a long-term incarceration facility). Still, she would push for the complete closure of juvenile hall, as San Francisco had, and allocate that funding for diversion programming that is culturally and gender specific. Gomez also thinks it's important to encourage Black, Brown, and LGBTQ participation on advisory bodies. "I know the importance of building a pipeline to leadership which includes support when these individuals get appointed," she wrote. Gomez would be a committed advocate for improving education for all students on the county board. 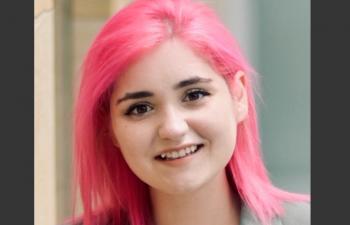 San Jose-Evergreen Community College Trustee, Area 7: Ali Sapirman
A queer nonbinary person, Ali Sapirman would make history if elected to the community college seat. A recent college graduate, they have applied their experience to champion education policy for students, faculty, and staff. They initiated a successful campaign to fund affordable housing and facilities improvements for Foothill and De Anza colleges. They wrote that the college district had already voted to defund its police department, and that the decision is "a crucial step toward helping Black students, other students of color, and the LGBTQ community feel safe on campus, and more broadly shows them that the district stands by them." Sapirman has the enthusiasm and the experience to be a good fit for the district. 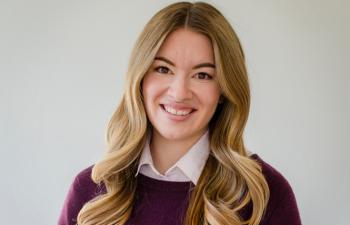 Palo Alto Unified School District Board: Katie Causey
A bisexual woman, Katie Causey was educated in Palo Alto public schools and believes she is the first member of the LGBTQ community to run as an out candidate in any Palo Alto election. She has watched or attended school board meetings for the last year in preparation and wrote that she brings a focus "on creating intersectional solutions in schools and communities that means no one is left behind because of their race, class, gender, orientation, or ability." Causey favors redirecting police funding for crisis intervention counselors and teams, working with Black mental health professionals, and other mental health professionals from marginalized communities to help redesign crisis response so that the foundation for public safety is accessible and readily available. Causey would add a fresh perspective to the school board.

Updated, 9/30/20: The endorsement for James Coleman has been corrected to indicated a South San Francisco police officer involved in a shooting death now works for the San Francisco Police Department.