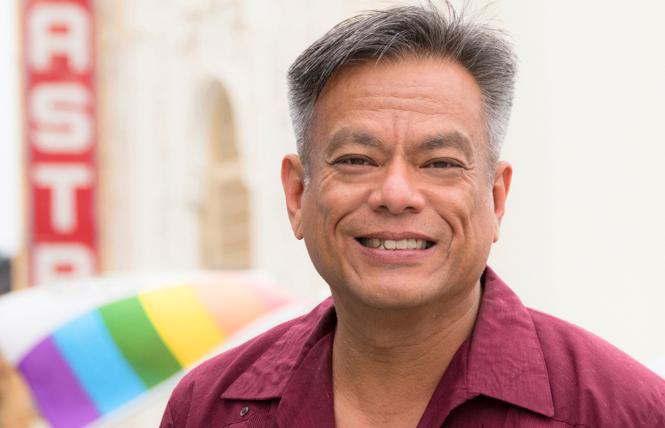 Vince Crisostomo is one of the long-term HIV/AIDS survivors behind the new San Francisco Principles. Photo: Courtesy SF Pride

The San Francisco Principles will be announced at an in-person news conference Friday, September 18, at noon at Civic Center Plaza (masks and social distancing required). Draftees told the Bay Area Reporter September 15 that policymakers often ignore their cohort and that this can only change if they have a seat at the table where government and nonprofit decisions are made.

Hank Trout, the senior editor of A&U: America's AIDS Magazine, said he and several other long-term survivors held a Zoom call after the 2020 International AIDS Conference, which would have been held in San Francisco and Oakland but for the COVID-19 pandemic.

"We came together to talk about our reaction," Trout said. "We were all pretty disappointed with it. Out of 100 hours of programming there were only two, one-hour sessions devoted to long-term survivors. Simply a statement about the conference isn't enough." 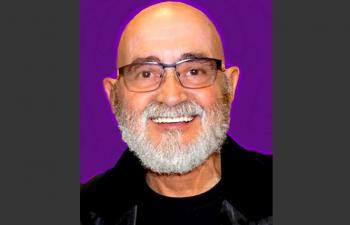 Trout said that they looked to the past of AIDS activism for answers about how to address the lack of representation.

"We were inspired by the Denver Principles in 1983, when people with AIDS demanded they be included and represented in policy, research, treatment and care and we decided on a statement of principles for long-term survivors," Trout said. "We need to be included."

Trout said that the four initial participants on that Zoom meeting "hashed out drafts in subsequent Zoom sessions" and each contributed significantly.

According to Trout, the lack of inclusion reaches far and wide. Anyone who has HIV/AIDS or works with HIV/AIDS organizations is invited to sign the statement of principles.

"These are changes that need to happen," he said. "Once we get a lot of signatures we plan to submit the petition to every AIDS organization in the world and a lot of organizations that set policy.

"We are nowhere to be found in policymaking," Trout added, specifically calling out the White House initiative to end the HIV epidemic.

"There are [organizations] here in San Francisco that do include us — Shanti and the AIDS foundation — but elsewhere they are very few and far between," Trout said. "Other than ACRIA in New York, I am not aware of any other organizations that do recognize our needs."

Vince Crisostomo of the San Francisco AIDS Foundation said that the COVID-19 pandemic is renewing interest in past responses to the AIDS epidemic and this underscores the importance of including the voices of long-term survivors.

"A lot of people feel ignored and invisible, and knowing the role San Francisco has had in AIDS response, and how Anthony Fauci always references that, we can't be ignored," Crisostomo said. "Our experiences in crisis response should not be mentioned just in hearsay."

Fauci, a physician and the longtime director of the National Institute of Allergy and Infectious Diseases, met with AIDS activists in the 1980s and 1990s and continued to be an advocate for treatment advances and other issues. He is now a leading medical voice on COVID-19.

Crisostomo said that the experience of virtual conferences, such as the 23rd International AIDS Conference that prompted the drafting of the principles, presents a barrier to access for long-term survivors.

"The digital divide is another way we are excluded," Crisostomo said. "Older people in general don't have the tech savvy regarding new platforms."

As the decades go on, more and more long-term HIV survivors won't have first-hand experience of the epidemic as it existed in the 1980s and 1990s — already, 55% of Americans living with HIV are over the age of 50 and that number is expected to reach 70% in the next 10 years.

Crisostomo said that the principles are part of a multi-generational conversation.

"I'm taking the time to reach out to the younger generation to ask 'what kind of world do you want to age into?'" Crisostomo said. "If we can get a sense of what you want, we can work together. It's not just us. We didn't think we'd be here."

Crisostomo tied this into the ongoing response to the COVID-19 pandemic, which he said has faced government inaction similar to when the AIDS epidemic began.

"One day COVID will pass — what is the world we will step out into?" he asked.

The 2020 AIDS conference did not respond to a request for comment in time for the online or print publications of this story. But Bijan Farnoudi, the director of communications and public affairs for the International AIDS Society, which holds the event, returned a B.A.R. email on September 17 that asked for a response to the allegation only two sessions dealt with long-term HIV/AIDS survivors and a response to the allegation the virtual format created a digital barrier for long-term survivors.

According to a list attached by Farnoudi, 10 sessions addressed issues relating to long-term survivors.

"Virtual had sessions dealing specifically with HIV and aging and more general sessions that touched on this (please see a more comprehensive list below)," Farnoudi stated. "Having said that, the feedback is nevertheless useful as we strive to design our program in a way that is relevant for everyone touched by HIV."

Regarding the virtual format: "Whether they are travel-related obstacles, visa, cost, or other, access to gatherings is always a challenge," Farnoudi stated. "The virtual world affords possibilities to bypass many of these obstacles and has increased the ability of persons to partake. Nevertheless, the digital divide is real and we are working hard to learn from our first ever virtual conference in July 2020 and make upcoming events as intuitive and user friendly as possible."