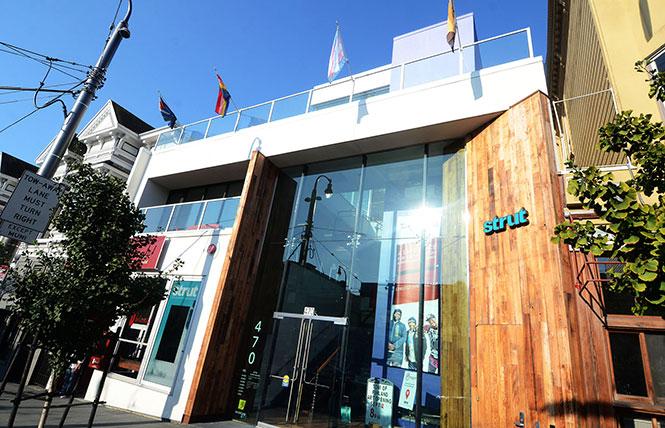 Magnet, the sexual health clinic located at the Strut community health center in the Castro, has quietly rolled out services to people of all gender identities and sexual orientations.

The Bay Area Reporter reached out to the health center after the initial publication of an article about an event sponsored by Strut addressing racism and safety allegations in LGBTQ bars referred to it as a "men's health center." A reader told the B.A.R. that Strut is a "queer health center."

SFAF spokesman Chad Ngo clarified that Strut serves "individuals who identify as a sexual or gender minority, and that does include women."

Janessa Broussard, a lesbian who is the senior director of clinical services at the health center, clarified that it did not send out a release to the B.A.R. or other outlets about the change from a more male-focused clinic.

Broussard told the B.A.R. in a phone call August 6 that it has been rolling out services for women and transgender men for about the past four years — but with little fanfare.

"I was hired to help build services for the trans community and for cis women," Broussard, who has been working at Strut since 2018, told the B.A.R. August 4. "It started out as gay men-focused, but in the last few years has expanded out of necessity."

The B.A.R. reported in 2012 that there was a dearth of health services available to women in the Castro neighborhood. Broussard said that some people wanted Magnet to stay focused primarily on cis, gay men.

"In public health, there's always this conversation around resources," Broussard said. "As clinics expand where they offer services, there's always that concern, but we are continuing to see just as many cis, gay men just as strongly. ... The approach we take at Magnet is that we are here for the entire LGBTQ+ community."

Broussard said that while people focused on men and sexually transmitted infections, some of the health challenges faced by members of the lesbian community often went unaddressed.

"Cisgender women who identify as lesbian and bisexual have struggled to get the information about some of the risks found in that particular situation," Broussard explained, citing the risk of acquiring bacterial vaginosis from sharing sex toys.

"We do point-of-care for vaginosis, yeast infections, and can provide treatment with antibiotics," she said.

The clinic also provides services to heterosexuals as well. People of any gender identity or sexual orientation can receive testing and treatment for STIs, including HIV.

The full array of services offered to women and femmes are detailed on the website of the San Francisco AIDS Foundation, which runs Strut and Magnet.

"We are looking at getting the capacity to do cervical exams and Pap tests, I imagine in the next couple of months," Broussard said.

Trans men are leading the charge on cervical screening, Broussard said, because such screenings can be "particularly traumatic to trans men on testosterone."

"I don't think people are aware of this service but after an assault we are able to provide emergency contraception and the full scope of testing and treatment," Broussard said. "We can't do a forensic exam but we can connect people if they need that." 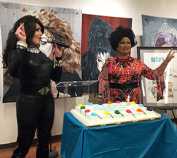