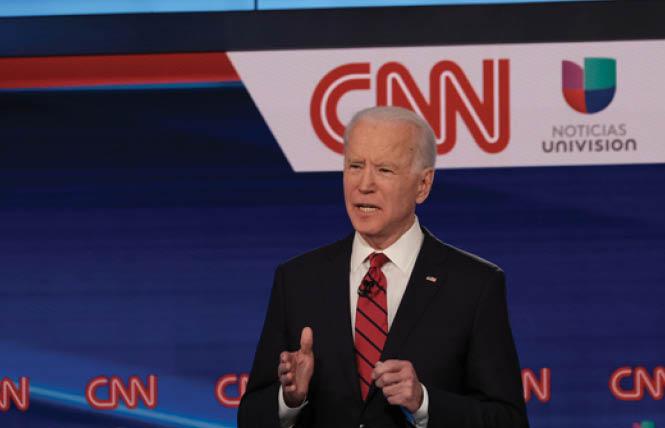 Joe Biden is seeking to one-up President Trump on the fight against HIV by pledging to end the epidemic by 2025 — an ambitious goal that would beat the current administration's goal by five years, although some HIV advocates are skeptical the presidential candidate can pull it off.

Biden laid out his plan to address HIV, which relies heavily on bolstering the Affordable Care Act, in a 20-page questionnaire submitted to a coalition of HIV/AIDS groups in June. A chief component of his vision is updating the Obama administration's National HIV/AIDS Strategy.

"As president, I will re-commit to ending the HIV/AIDS epidemic by 2025," Biden writes. "Updating the nation's comprehensive HIV/AIDS strategy will aggressively reduce new HIV cases, while increasing access to treatment and eliminating inequitable access to services and supports."

Consistently drawing on LGBTQ rights in his HIV plan, Biden asserts he'll ensure LGBTQ people have full access to health care in his administration. That's a sharp contrast with the Trump administration, which has scrapped Obama-era regulations against anti-transgender discrimination in health care.

Biden also recognizes health disparities among different communities, acknowledging LGBTQ people face stigma and disproportionate rates of HIV and Black Americans represent 40% of all new HIV cases, but are 13% of the U.S. population.

Biden's commitment to ending HIV by 2025 is five years more aggressive than the Trump administration's "Ending the HIV Epidemic" initiative, which has 2030 as the goal. Trump's PrEP-centric plan targets areas of the United States where new HIV infections are most prevalent to reduce new HIV diagnoses by 75% within five years, and by 90% within 10 years.

Jennifer Kates, director of global health and HIV policy at the Kaiser Family Foundation, said the Affordable Care Act — which Trump has sought to dismantle, but Biden has defended — is a key difference between Trump and Biden.

"President Trump put forward an ambitious 'Ending the HIV Epidemic' plan and helped to secure new funding to support it, which is an important step," Kates said. "The biggest difference between the candidates on HIV policy is the Affordable Care Act, which has already led to a significant increase in coverage for people with HIV. Former Vice President Biden would build on the ACA's foundation and work to broaden coverage. In contrast, President Trump has repeatedly fought to repeal the ACA and scale back coverage."

Kates added Biden's plan "also recognizes the importance of addressing systemic racism in the fight against HIV and he would work to reinstitute non-discrimination protections for LGBTQ populations in health care, which the Trump administration recently removed."

Asked, however, if all those factors could lead Biden to end the HIV epidemic by 2025, Kates said, "I think significant progress toward that goal could be made, though the effects of COVID-19 are going to be felt for a long time, and will be tough to overcome."

Carl Schmid, co-chair of the Presidential Advisory Council on HIV/AIDS and executive director of the HIV+ Hepatitis Policy Institute, said, "I would say no" when asked if he thinks Biden can pull off his pledge to beat HIV by 2025.

"We got a strategy ... with Obama, but we never got any funding to implement the strategy, and the community has to be honest about that," Schmid said.

Schmid, who emphasized his assessment was based on a "purely policy" standpoint because he's with a nonprofit, said Biden's plan is "policy driven," but a concerted effort in leadership, which he said was seen under the Trump administration, is needed.

"We've had so many terrible policies, but at the same time we had this concerted effort, which everyone I'm sure in the community would agree is exactly what we need, right?" Schmid said. "More testing, more prevention more PrEP, more treatment, more workforce: There are the things that we're doing all over the world that everyone wants."

Asked whether the key distinction between Biden and Trump on their HIV plans is funding, Schmid said it's also leadership, asserting the HIV community has had conversations with senior health officials under Trump that haven't happened in previous administrations.

In terms of the global epidemic, Biden in his questionnaire responses identifies as a key component PEPFAR, which he says under his administration will seek to combat anti-LGBTQ stigmas overseas, but much of the focus is dedicated to generalized efforts to prepare for global pandemics amid the coronavirus crisis.

"The global AIDS crisis is one the greatest preventable public health disasters in history," Russell said. "Science has shown us how to finally defeat HIV in the U.S. and abroad. But neither candidate has adopted a plan the world needs to show that he is the president who can end AIDS once and for all."

Russell had particularly harsh words for Biden for what she called the absence of any global HIV plan.

"While Biden recently expressed hopeful comments about the need for intellectual property barriers to be broken in favor of COVID-19 vaccine access for all, his silence on the need to massively scale up investment in treatment to defeat a leading cause of preventable death and suffering worldwide is cruel — it speaks volumes," Russell said. 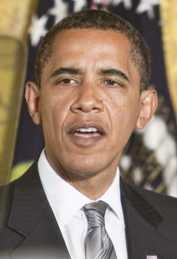 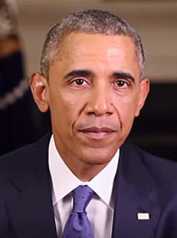