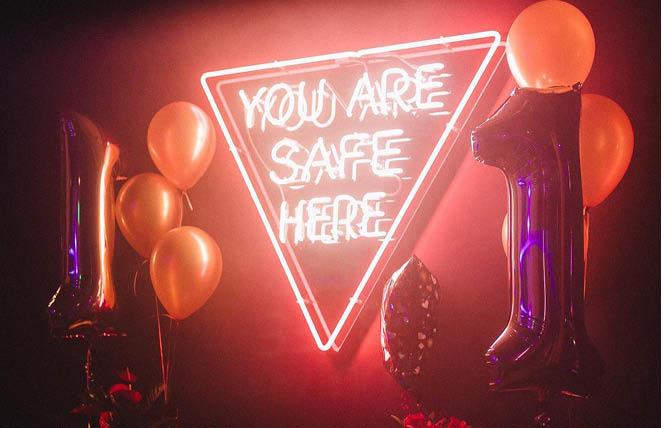 Jolene's Bar and Restaurant in the Mission district is embroiled in twin controversies — a lawsuit from one former owner, and anonymous allegations of employee mistreatment, manipulation, racism, and cover-ups of alleged sexual assaults.

Jolene's opened in 2018 at 2700 16th Street by Jolene Linsangan, her then-partner Ashleigh Wilson, and Shannon Amitin. Wilson and Amitin have since left day-to-day bar operations and told the Bay Area Reporter in separate interviews July 14 that they have been trying to get their names removed from the liquor license for some time.

Wilson told the B.A.R. that she is currently involved in litigation against Linsangan, who is listed in the filing as Alicia Linsangan. Indeed, Wilson filed suit against Linsangan April 3, according to San Francisco County Superior Court records.

The lawsuit, which also names Linsangan's mother, the LLC that does business as Jolene's, and 10 anonymous individuals among the 13 defendants, alleges nine counts of damages including breach of contract, slander and libel, false light, false imprisonment, and both intentional and negligent infliction of emotional distress.

Shortly after the bar opened, the complaint says, Linsangan cornered Wilson inside of their office "for approximately 10 minutes, which felt like an eternity to Wilson."

"During the time Wilson was trapped, she was pleading with Linsangan to let her go, and she feared for her safety and avidly wanted to escape," the complaint states. "Wilson, in desperation, called for help from co-manager Amitin, who was on the premises. ... When Amitin responded, Linsangan backed down and let Wilson escape."

"Wilson made several efforts to negotiate her exit" after the bar was cited by the state's Department of Alcoholic Beverage Control for serving alcohol after 2 a.m. and her interest in the bar was signed over to Linsangan's mother.

As part of that agreement, Linsagnan promised to remove Wilson from the liquor license, the complaint states, however, this was not done and therefore constitutes a breach of contract.

Written and spoken statements by Linsangan making untrue statements about Wilson constitute libel and slander, respectively, the complaint states, which caused Wilson to "experience a loss of reputation and community as a result."

"Defendant stated and published information or material that showed Wilson in a false light, including that she was untrustworthy, a cheat, a thief, an extortionist, a bad business partner etc.," the complaint states. "This was highly offensive to Wilson."

On the advice of her attorney, Linsangan told the B.A.R. that she would not comment on the lawsuit.

Social media call-out
A call-out social media post on the anonymous allegations started making the rounds on Facebook in late June. Credited to an unnamed group of Jolene's employees, a series of 10 slides begins with the "You Are Safe Here" sign at the queer establishment changed to say "You Aren't Safe Here."

"This Pride Month it feels fitting to share ways that Jolene's management has caused harm," the second slide states. "1. They put the wellbeing of employees and patrons at risk 2. Cause psychological harm to those working closely with them 3. Discriminate against folks with multiple intersecting marginalized identities."

The slides go on to make a series of allegations, including that trans employees, sex workers, Black and Brown people are tokenized; that employees who work at other bars "or speak up against mistreatment" are pushed out; that there exists a "hostile work environment utilizing manipulation, scare tactics, and coercion;" that employees are not paid in a timely manner "if at all;" that sex workers who show up to Jolene's aren't paid; that white people are placed in managerial roles "after telling staff Black and Brown people would be prioritized;" that there was not transparency about funds raised during a recent COVID-related fundraiser; that alleged sexual assaults at the bar were covered up, known perpetrators were allowed to remain there, and employees were asked to "clean up the bodily fluids from assaults;" that disabled patrons were told "not to show up on busy nights" and were not served; and that the police were preferred to conflict de-escalation.

"These are just a handful of the unethical practices occurring at Jolene's," the complainants state, before going on to demand an apology by July 15; de-escalation training for employees; Black and Brown management; cultural competency trainings and participation in "a restorative justice circle facilitated by mental health professionals."

"While we appreciate the opportunity, protecting the identities of those involved is more important," a July 13 emailed response read.

Amitin and Wilson stated that they had disagreements with Linsangan about what it meant to have a queer space.

Amitin wouldn't comment further on the nature of the disagreement, but Wilson said that "for me what queer meant was ensuring that every voice is heard and the full spectrum of our community is represented and empowered. Those are unwavering for me and we couldn't come to some consensus on moving forward with that together."

Amitin and Wilson said they'd had the opportunity to speak with some of the complainants and were supportive.

"I think it's really great that folks were able to put together a plan of action instead of just calling folks out and canceling them," Amitin said. "I think it was a good opportunity for education and growth. ... I found folks to be seeking justice and seeking to be heard."

In a July 13 email to the B.A.R. Linsangan stated that she is responding to the allegations, which are posted to the business' Instagram page and website.

"I do believe that it is essential in these times that we come together to build a better and brighter future that the LGBTQI+ community needs and deserves," Linsangan wrote. "In response to the allegations we have announced a public business response, a personal response and our action plan. I've dedicated the month of July to research, fine tune and to initiate the first steps of our action plan."

In her personal response, which was posted to Instagram, Linsangan stated, "It was never my intention to hurt or have anyone feel unimportant, unseen or ignored by me. After reading some of these comments, it is clear that I have failed and it has impacted a lot of you and for that I am truly sorry.

"This bar isn't just a bar to me. It is my heart, a place where I deeply want each and every one of you to feel welcomed and safe. I want you to know, I am here now, wholly. I am listening. I am sorry," she continued.

Linsangan's action plan, which is posted to Jolene's website, addresses many of the specific allegations made by the complainants and commits to "a Restorative Justice Circle mediated by a POC mental health professional and professional community mediator(s)" at a future time and date.

As of press time, the complainants had indicated they are willing to issue a response to Linsangan's statements to the B.A.R., however they have yet to do so.

Trans activists open pop-up cafe in the Tenderloin
Sign up!