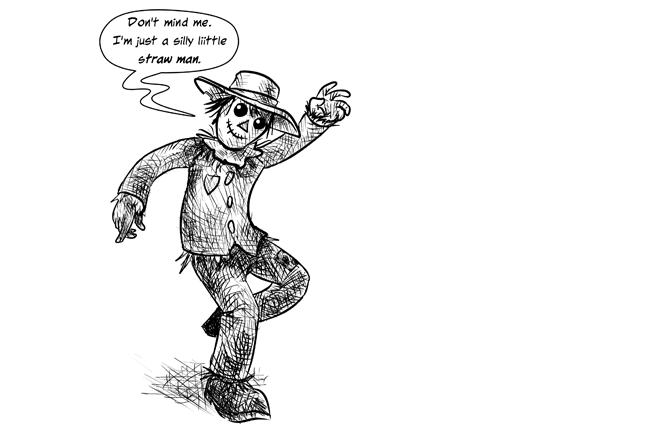 Many years ago, when I was early in my own transition, I was listening to a drive-time talk show on KFI in Los Angeles. The topic at hand was a teacher who had just come out as a trans woman.

I would be the only trans person who called in to defend this teacher, challenging the image the host was presenting. I won't claim that I made much headway with them, but at least it was more headway than may have been had without a trans voice in the mix.

It is now more than two decades later — but I feel like we're still in the same place we were then. The same stalemate exists now.

A few weeks ago, the U.S. Supreme Court handed down a landmark decision, helping to cement transgender employment rights. Yet, as trans journalist Gillian Branstetter noted, almost none of the coverage about the decision included trans voices. Not even the trans members of the legal team — Gabriel Arkles and Chase Strangio — were called in for comment.

This isn't an anomaly.

You do not see transgender people sought out for comment in the majority of trans news stories in the mainstream media, even in those rare cases when such a story is picked up. This seems exceedingly prevalent in cases of anti-transgender violence and murder. While I have spent more than two decades on the subject, I'll say up front that they don't need to come to me — but they should be going to someone: local trans leaders, trans friends of the deceased, or at least someone who can provide a trans context to the story.

Instead, the lion's share of reporting is based on a police report. These reports often misgender and misname the deceased, stripping away an identity that is key to the story of their life and their death.

The best option, of course, would have a trans reporter who could give people an angle on the story that few would be able to grasp, adding nuance and information that could otherwise be invisible to a non-trans observer. Sadly, such nuance is often viewed as "biased" before we ever get a chance to touch fingers to the keyboard.

I do not believe it is bias to let a transgender person write a story that details and impacts trans people, any more than a reporter in a local community is biased due to their involvement in that community.

Instead, the non-trans view is presented as an objective one, ironically also biasing the story with an inherent lack of informed and lived experience.

Yes, there is a non-trans bias. It is akin to the radio story I told above: if you lack the experience of what a transgender or nonbinary person is, then how do you explain it? What informs your views of trans lives and livelihoods?

Can you imagine telling an accurate story about transgender people when your only frame of reference is Caitlyn Jenner's coming out? What if your only touchstone is "RuPaul's Drag Race" or "The Rocky Horror Picture Show"?

How would any of this help frame a story about a trans man, or a nonbinary person, or, quite frankly, anyone? If you are not trans, and you do not know trans people, you should be doing something to broaden your knowledge of transgender people.

Add to this that there are those who are actively seeking to muddy the waters when it comes to trans narratives. The religious right, as well as some faux feminist groups, are seeking to paint inaccurate, disingenuous images of transgender people and our issues. They actively want to control the narrative, painting transgender people as inherently untrustworthy while providing questionable sources and data to bolster their own position.

Reporters should do more to make sure their sources aren't so broadly biased, especially when they may be deliberately trying to craft a false narrative.

All of this frustrates me. So many will listen to misinformed, wrong, or deliberately deceptive tales of trans lives, while those of us who are trans or nonbinary are right here, ready and willing to share our legitimate experiences and viewpoints.

I recently heard about the formation of a Transgender Journalists Association. This seems like a solid first step toward combating the lack of accurate transgender coverage. Currently, the group still seems to be building, but it has released a fairly solid set of guidelines for covering transgender stories. I am definitely interested to see where this organization goes.

I feel, though, it will take more than just this one group. It will be on all of us who might be willing to speak up to do so — to push to be heard. We all need to be willing to offer up our take.

Moreover, it will also be on the hordes of non-transgender people to listen, and to realize that transgender and nonbinary voices need to be heard by the community at large. We're not hard to find. We're right here.

Gwen Smith is a pending member of the Transgender Journalists Association. You'll find her at www.gwensmith.com