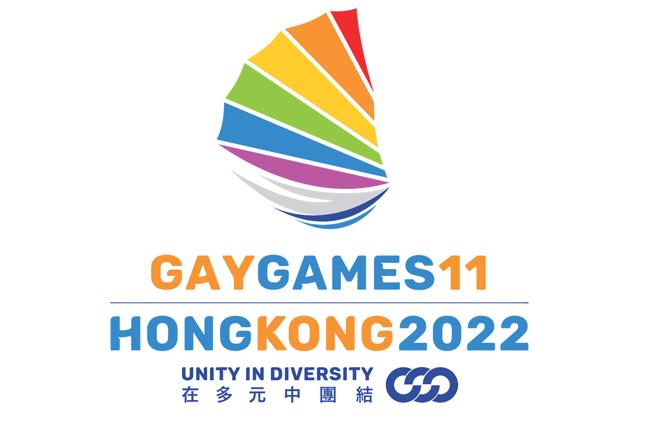 Registration for the 2022 Gay Games, which had been scheduled to open early this year, has been postponed to the spring of 2021 — just one and a half years before the scheduled start of the event in Hong Kong. What financial impact that will have on Gay Games XI is unknown.

The Federation of Gay Games informed its general assembly members of the change Tuesday in a joint statement with Hong Kong 2022 organizers.

The organizations also said they will do a survey of potential participants this summer to gauge the level of interest in going to the 2022 event.

Usually registration for the quadrennial LGBT sports and cultural event opens about two years in advance. In their original bid document, Hong Kong organizers had projected that 2,025 participants would register this year, generating $500,000 in operating capital. Eliminating that income from the 2020 projected budget would leave Hong Kong with a hole of several hundreds of thousands of dollars in its operations cash flow.

Neither the FGG nor HK2022 responded to requests for information on how that shortfall would be overcome.

"For Hong Kong, most revenue and expenses are still to come," the joint statement said.

In the scenario Hong Kong presented in its bid, organizers expected to raise more than $500,000 before the start of 2020 toward a budget of about $7 million. Neither organization said whether that projected revenue had been achieved or what adjustments may have already been made to the budget.

"In order to plan accordingly, GGHK is planning to distribute a participation survey this summer to start to get estimates on the number of participants and to identify the countries/regions they come from," the joint statement said. "This survey will help us to identify the demand for the sport, arts & culture events and to make any changes in our event, marketing, PR and outreach plans if needed."

Doug Litwin, longtime marketing officer for the FGG, said, "The FGG will be involved in the creation of the survey, including the questions asked. In fact, we have been working with our partners in Hong Kong on the survey for a few weeks now. The FGG will help distribute the survey and will also have full access to all of the results."

Continued concerns
The joint statement came two days after the FGG board responded to assembly discussions about continued concerns regarding the viability of the 2022 Gay Games, focused on three issues: the continued yearlong protests in Hong Kong; the impact of the COVID-19 pandemic; and the decision by the Chinese government to impose a security law on Hong Kong that human rights activists believe will be the end of the "two systems, one country" model Hong Kong has enjoyed since being turned over to China.

Those same activists and many governments also have expressed concern that the security law will put political activists and organizers in danger of reprisals from the mainland.

The joint statement, however, made no direct mention of the security law or the ongoing protests. The closest mention of the protests was an opening statement that the boards of the two organizations had held a meeting "regarding the situation in Hong Kong which has made worldwide news for over a year and continues to capture the attention of global media." There was a later non-specific reference to the "current sea change that Hong Kong, the United States and to the extent other parts of the world are witnessing." The phrase "the current situation," is repeatedly used.

At the FGG general assembly meeting in Guadalajara last year, several delegates raised concerns about what impact China's tightening grip on political affairs in Hong Kong would have on their ability to recruit athletes to register for the Gay Games. They urged the FGG board to have a "Plan B" in effect should it seem almost inevitable that holding the event in Hong Kong would not be viable.

"The Steering Committee meets with the GGHK team on a monthly basis and many of your questions are continuously reviewed as planning for the event progresses. There is a contingency planning group of members from both the FGG and the GGHK team. In addition the FGG has created a new contingency planning group to discuss not only backup plans for our quadrennial event, but also for our other activities."

The first signs of such contingencies for the FGG have been the delay of site selection for the 2026 Gay Games; and the decision to postpone the 2020 annual meeting to January 2021 in London and make it a virtual meeting.

Despite the political and health challenges, organizers say they still expect to have 12,000 participants.

Major participatory multi-sport events such as the Gay Games are heavily dependent on recruiting efforts by member sports organizations. Many LGBT sports federations have indicated skepticism about generic assurances in the wake of such financial disasters as the 2017 Miami World Outgames, which assured participants all was well right up to the second they cancelled the event hours before opening ceremonies were to be held.