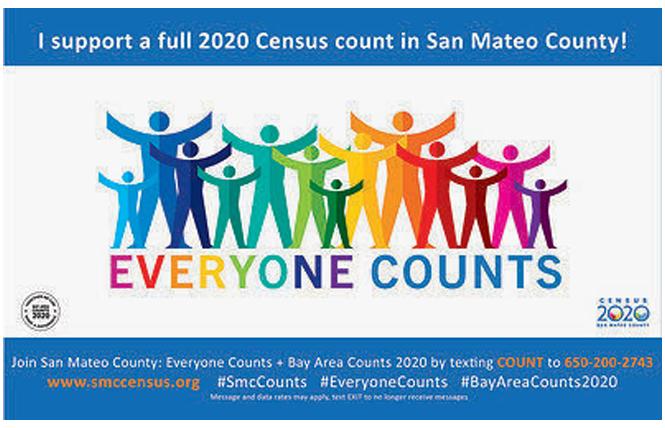 With the national response rate to the 2020 census at 60.5%, LGBTQ organizations will mount a push next week to "Queer the Census" in hopes of boosting participation within the community during Pride Month.

The National LGBTQ Task Force is partnering with a coalition of national, state, and local LGBTQ organizations from across the country to host a series of events starting Monday, June 8, aimed at getting those LGBTQ households that have yet to fill out their census form to do so. Whether they are a U.S. citizen or an undocumented immigrant, people can complete their census questionnaire online this year for the first time at www.my2020census.gov, by calling 844-330-2020, or by mailing in the form sent to them. The deadline to do so is October 31.

"LGBT people are generally undercounted on the census," noted Meghan Maury, the task force's policy director, in a recent phone interview with the Bay Area Reporter.

Their taking part in the census impacts how many House seats in Congress are apportioned to their state as well as how much federal funding for myriad social services and health care programs is funneled to their state's coffers. San Francisco officials estimate the city will lose $2,000 per year over the next decade for every household that fails to respond to the census.

"Funding for San Francisco's hospitals, first responders, schools, small businesses, and public benefit programs for the next 10 years relies on an accurate census count," noted Mayor London Breed in a Facebook post last month. "We can't do it without you! Count yourself in."

Of the four cities in California with populations larger than 700,000, San Francisco was in third place as of Tuesday, June 2, in terms of its census response. The city's 58.6% rate puts it ahead of Los Angeles with its response rate of 50.3%.

San Jose holds the top spot with 68.9% and San Diego trails in second with 66.9%. It has resulted in a bit of civic one-upmanship, with Santa Clara County officials for months ballyhooing their first place standing in the rankings. In a June 1 email to her constituents, lesbian state Senator Pro Tempore Toni Atkins (D-San Diego) noted they were neck-in-neck with San Jose in the response rate rankings.

"We're hot on the heels of our northern neighbor in the race for the highest response rate of all cities across the country with more than 1 million residents," wrote Atkins.

Due to the shelter-in-place orders instituted to stop the spread of the novel coronavirus, census outreach efforts have been hampered for months. Only recently has the census bureau begun to ramp back up its field work in various areas of the country.

As the B.A.R. has previously noted, San Francisco is a laggard as far as its response rate compared to the other eight Bay Area counties. Three now are above the 70% mark — San Mateo, Santa Clara, and Contra Costa counties — and the other five are in the mid-60 percentile.

In communities like San Francisco, where there is a large segment of the population that doesn't speak English or may not have access to the internet, door-to-door outreach about the census is crucial and the suspension of that work due to the pandemic is likely behind its lower response rate, said Maury.

"Door knocking is going to be really hard this year," she said. "Even though the census bureau is beginning operations in many states, there are still a lot of places where they aren't able to."

Thus the Queer the Census week will mostly feature online events. For instance, the San Mateo County Pride Center is hosting a Zoom discussion from 7 to 8 p.m. Monday, June 8, about the importance for LGBTQ people to fill out their 2020 census form.

To participate people need to register in advance to receive the login information to join the online discussion. They can do so at https://bit.ly/2XUq4Ri.

For more information about the Queer the Census efforts, visit www.queerthecensus.org