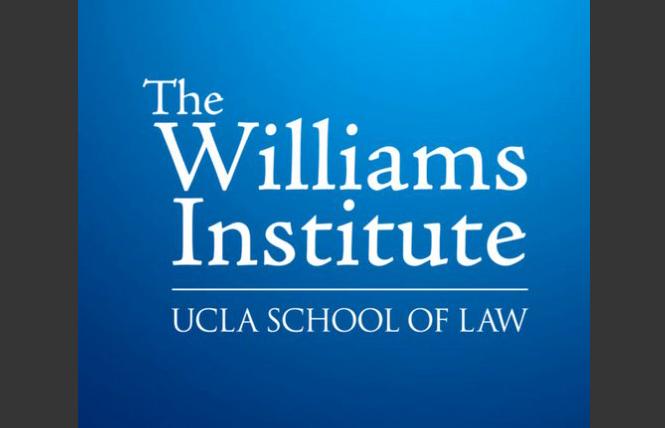 As if Governor Gavin Newsom needed any more evidence that collecting sexual orientation and gender identity, or SOGI, statistics is desperately needed for queer Californians affected by the novel coronavirus, the Williams Institute recently released new data revealing that more than 200,000 LGBT adults in the Golden State are at high risk for COVID-19, the illness caused by the virus.

The Williams Institute, an LGBT think tank at UCLA School of Law, reported that these LGBT state residents have one or more medical conditions that put them at high risk for COVID-19. The institute noted that approximately 361,000 LGBT adults in the state were in fair or poor health before the pandemic began earlier this year.

The state is home to nearly 1.7 million LGBT adults, including 1,646,000 LGB people of any gender identity and 109,000 trans people of any sexual orientation, according to the institute. The vast majority of these adults — 92% — live in urban areas. The data in the institute's report came from the California Health Interview Survey.

The institute's report coincides with gay state Senator Scott Wiener's (D-San Francisco) attempt to pass Senate Bill 932, which mandates SOGI data collection for LGBTs. Newsom has been under pressure to sign the bill. During one of his daily online news conferences on the virus, we were able to ask Newsom about the bill, and he pledged to sign it, praised Wiener, and stated that he and state public health officials also want this statistical information. (As we noted last week, the state is already required to gather SOGI data in several state departments, including health, but the SOGI data for COVID-19 patients is not yet being collected.)

On May 22, the day after the Williams Institute issued its report, Newsom was again asked about SOGI data during his online briefing. This time, it was the Los Angeles Blade that posed the question by referencing the institute's finding that LGBTs are at high risk. Newsom declined to say he would sign an executive order, noting he's working with the Legislature to pass Wiener's bill. "I've been asked this question on four different occasions," Newsom said. "I'm proud of Scott Wiener, including the [Legislative] LGBTQ caucus. They have a bill we're working collaboratively on to ensure data for the LGBT community."

It's good to hear Newsom reiterate his support for the bill, because the Williams Institute data are alarming. Many LGBTs have underlying medical conditions, these include diabetes (114,000), heart disease (81,000), and HIV (at least 114,000). Additionally, 134,000 LGBT adults in the state lack health insurance, and 150,000 have delayed or foregone needed medical care because of cost or lack of insurance.

"California is home to nearly 15% of all LGBT adults in the United States," stated Kathryn O'Neill, public policy analyst at the Williams Institute and the author of the report. "And our studies found that many of them were facing health and economic challenges even before the pandemic. It is important that we have data on the impact of COVID-19 on the LGBT population in order to develop interventions that address their specific combination of needs."

A key finding: 612,000 LGBT adults in California were living below 200% of the poverty line before the coronavirus outbreak, while 814,000 LGBT adults were employed in industries that have been heavily impacted by the pandemic, including health care and social assistance, retail, leisure and hospitality, professional and business services, and construction. Among the LGBT people recently working in these industries, 251,000 earned below 200% of the poverty line. Over 300,000 LGBT adults in the state experienced food insecurity before the pandemic, which likely has increased as unemployment numbers have skyrocketed.

These statistics from the Williams Institute make it clear why SOGI data is necessary in California. State lawmakers need to consider this information as they hold hearings on SB 932 and advance it to floor votes.