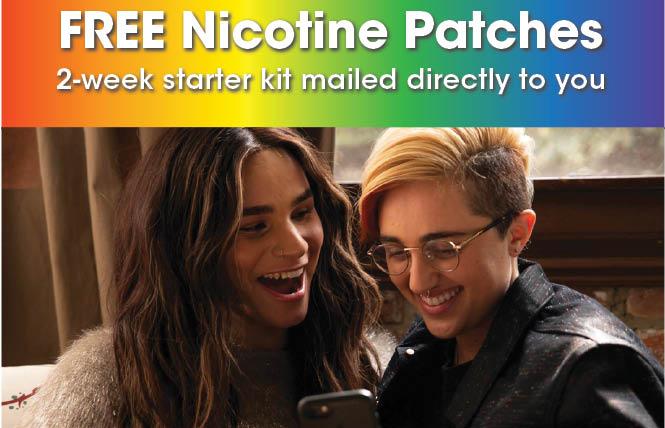 People who smoke and vape are at higher risk of getting seriously ill or dying if they contract the novel coronavirus, according to researchers from UCSF as health advocates step up efforts to encourage LGBT people to quit tobacco use.

As the Bay Area Reporter previously reported, LGBT Americans smoke at rates higher than the general population, and health experts are warning that LGBTs will be hit harder by COVID-19 due to smoking, its attendant respiratory illnesses and general weakening of the immune system.

"We already knew smoking increases the chances of developing a respiratory infection and a weaker immune system," Dr. Elisa Tong, a smoking cessation expert at UC Davis, told the B.A.R. via phone May 15. "The surgeon general already had this in his report, and one of the first big studies out of China of 1,000 people showed smokers getting sicker from COVID."

"The risk of disease progression in those who currently smoke or previously smoked was nearly double that of non-smokers," a UCSF news release states. "(Researchers) also found that when the disease worsens, current or former smokers had more acute or critical conditions or death. Overall, smoking was associated with almost a doubling of the risk of disease progressing."

An experimental trial in the United Kingdom years ago exposed smokers and nonsmokers to five types of viruses — and smokers developed respiratory infections at a rate double that of nonsmokers.

Tong warned against a French study that was reported to have shown smokers "may be safer from COVID-19 infection" than the general public.

"What they're looking at is that clinical case reports show a low percentage of people smoking with COVID compared to population surveys of smokers," Tong said. "But deciding 'therefore, smoking protects you' — it doesn't logically flow."

Because there were fewer smokers in the population studied by the French study than in the general population, people hypothesized smoking may offer some protection against infection. But there could be other reasons for fewer smokers being represented in the study.

"Sometimes people say they don't smoke and when you press, they did until last week," Tong said. "It's also not necessarily a mandatory regulation to collect data for each and every person. The data we do have shows smokers doing much worse, and in fact it may be an underestimate. We should not be amplifying unproven claims. There's enough epidemiological evidence."

Bob Gordon, a San Franciscan and gay man who is project director for the California LGBT Tobacco Education Partnership and the co-chair of the San Francisco Tobacco-Free Coalition, said he is reaching out to the public to help spread accurate information about tobacco and COVID-19.

"I haven't personally encountered any misinformation about COVID-19 and smoking yet, but I was very glad to see the analysis from UCSF last week that thoroughly debunked any idea that smoking could be protective against this virus," Gordon stated in an email to the B.A.R. May 18. "We want to remind people that tobacco use remains a leading cause of preventable death and disease — the idea that it could be beneficial to our health in any way is misleading and harmful."

Gordon stated that he checked in with the California Smokers' Helpline, which has lent its name to a flyer specifically to LGBTs offering a free two-week starter kit of nicotine patches. He encourages smokers to contact the helpline.

"I checked in with the helpline, and they did see an uptick in intake calls from March to April 2020, and it's higher than what they saw in April 2019," Gordon wrote. "They are advertising right now too, and we are glad to see that more people are making the choice to quit."

Tong said she hopes that getting the word out about the flyer will help more LGBTs quit smoking.

"We want to try to get everyone staying at home to get their lungs healed," Tong said. "We spoke with some of the county public health agencies and asked them about 'how can we adapt some of the flyers' since nobody is going to the clinic anymore. So we rely on people sharing it, social media and other forms of communication."

"What's important to remember is that quitting smoking or vaping is one of the best things anyone can do to protect their health," Gordon stated. "There are so many benefits, in addition to decreasing the risks from COVID-19. Quitting helps build immunity, slows aging, improves sexual health, and will help us live longer."