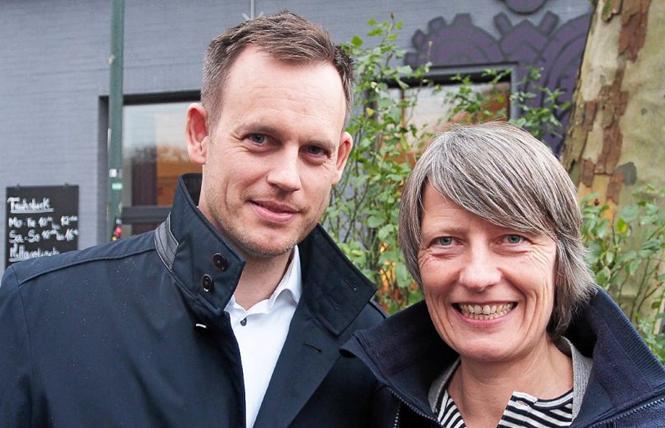 The 2020 EuroGames, which were scheduled to be held this August in Düsseldorf, Germany, have been called off because of continued government efforts to contain the spread of COVID-19, the illness caused by the novel coronavirus.

Whether the event has been canceled outright or merely postponed a year is a matter of dispute between organizers and the European LGBT sports group that awards hosting rights — and that disagreement could have an impact on whatever refund paid registrants can expect.

Düsseldorf organizers say they and licensing body European Gay and Lesbian Sport Federation have been in discussions since April with future EuroGames hosts Copenhagen (2021) and Nijmegen, Netherlands (2022) about ways to handle the impact of governmental COVID-19 restrictions, such as Germany's ban until late August against large social gatherings.

Options proposed, but not agreed upon, included bumping each EuroGames forward a year (much as the Tokyo 2020 Summer Olympics have been bumped to 2021) or having both Copenhagen and Düsseldorf each staging a EuroGames next year.

On Monday, May 18, Düsseldorf organizers unilaterally announced via social media that the event would not be held this year, but that they wanted to hold the event August 4-8, 2021. Currently EuroGames 2021 is scheduled for August 12-22 in Copenhagen.

"Twin-EuroGames in 2021 would enable all existing organizers to host their EuroGames and would only affect two of them," the organizers posted on Facebook Monday. "We have organized everything for a postponement to 2021 and motivated all volunteers to keep up their engagement for another year."

The board of EGLSF swiftly countered Düsseldorf's request that such a vote be put before the EGLSF membership, saying it had already concluded that it would not be feasible for the Düsseldorf games to be rescheduled.

EGLSF said Düsseldorf had rejected all options other than hosting in August 2021, Copenhagen has rejected the proposal for twin EuroGames, and the Düsseldorf license for the EuroGames name expires at the end of 2020.

That in turn prompted Düsseldorf organizers to respond, "We know and respect that the board now wants EuroGames in Düsseldorf to be canceled. We do not share the board's view to not discuss this matter at an Extraordinary General Assembly. The highest decision making body of the EGLSF is neither Facebook nor a court in the Netherlands. Instead, it is the General Assembly of the EGLSF's member clubs."

When the German government had announced in April that large gatherings would be banned through most of August, Götz Fellrath, co-leader of Düsseldorf 2020 said, "Düsseldorf won the EuroGames 2020 four years ago. The clubs and numerous voluntary organizers have been working intensively for years to host the games in Düsseldorf. A complete cancellation of the event would therefore be a disaster for our team. Canceling the Euro Games in Düsseldorf is the worst possible solution."

At the beginning of the COVID-19 pandemic, Düsseldorf organizers reported they already had 2,000 registrants and expected that number to double.

The EGLSF board clearly believes the Düsseldorf event is canceled and referred all refund inquiries to the host organizers.

According to the cancellation policy listed on the website, registrants have until June 30 to request a refund, but there would be no refund for sports-specific fees or tickets, and just half of the base registration fees, which ranged from 60 euros to 100 euros ($66 to $110).

But the policy states, "If we'd have to cancel EuroGames Düsseldorf completely, we will refund a minimum of 70% of all fees."

That is a significant difference. Not only would participants get back more of their base registrations, but they would also get back most of their sports-specific fees. Most sports had a fee of seven euros ($7.67), but several were substantially higher, such as golf, 110 euros; skiing, 59 euros; triathlon and rowing, 20 euros; and dance, 17 euros.

In other words, an EGLSF member who registered for a Thursday and Friday of golf followed by a 5-kilometer run on Saturday would have paid 80 euros for a regular base registration fee plus 110 euros for golf and seven for the road event, making a total of 197 euros. If that athlete requests a refund before the end of June, he or she should receive 40 euros ($43.80). But if the Düsseldorf games are actually canceled, that athlete would be entitled to a minimum of 137.90 euros ($151).

Düsseldorf organizers did not respond to a request for comment.

Unanticipated and unpredictable problems such as the coronavirus pandemic are a reason why many LGBT sports activists have asked sanctioning bodies and host organizations of multi-sports activities to have contingency plans in place.

The 2017 Miami World Outgames had no contingencies in place when it became clear months in advance that organizers were not meeting critical financial or registration requirements. The result was that a handful of sports were abruptly canceled in the months just before the event, the event itself was canceled the day it was supposed to begin, the event lost hundreds of thousands of dollars and some athletes were stuck mid-transit out of luck and out of money.

Members of the Federation of Gay Games in 2019 expressed concern about the political turmoil in Hong Kong, host for the 2022 Gay Games, and said the FGG should establish a "Plan B" with fail-safe dates should it appear the Hong Kong event was in peril. At the annual membership meeting in November, the FGG board said it would continue to back host organizers and would not develop an alternative plan.

Martial artist Ken Craig is a board member of Team San Francisco and a disaster services volunteer with the city's fire and police departments.

"I would strongly encourage EuroGames and Gay Games and all similar entities to spend time, attention, dollars, and effort in the realms of contingency planning and continuity of operations," Craig told the Bay Area Reporter. "When the worst possible situation occurs, that time, effort, and attention may pay dividends well beyond the initial investment."

The city of Düsseldorf normally celebrates Christopher Street Day, a European Pride event, at the end of May. The celebration had been scheduled this year for August to be held in conjunction with the now eliminated EuroGames 2020. As of press time, alternative plans had not been announced. The European Pride Organizers Association has announced it will hold a virtual global Pride event on Saturday, June 27.