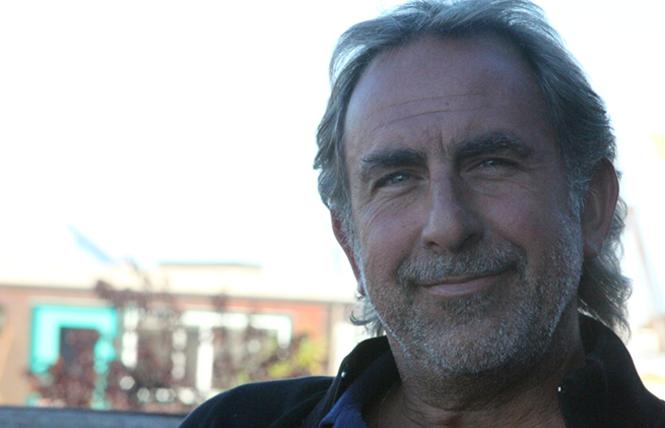 Samantha Mottet knew she was dying of COVID-19. She feared her death was near but she didn't want to die on April 2. It was her brother's birthday. She didn't want her family to have to think of her passing on that day.

The 55-year-old Southern California mother of three was in a hospital bed being kept alive by a ventilator. She tried a couple of experimental drugs but only got worse. On April 2, at 4:30 p.m., her husband signed a waiver giving the approval for doctors to use an experimental HIV drug, leronlimab, also known as Pro 140. It was a move her doctor called a "Hail Mary."

She remembers waking up the following day, April 3, looking at the date on her phone, and feeling relieved that she didn't die on her brother's birthday. She had improved so much in that 24 hours after receiving subcutaneous injections of the drug doctors were able to reduce the oxygen they were giving her. By her own birthday on April 5 she was taken off the ventilator and was able to breathe on her own. She felt much better and was texting and taking selfies to reassure her loved ones.

"I really believe in my heart that leronlimab saved my life," Mottet told the Bay Area Reporter in an interview on Monday. "So, I just can't tell you how thankful I am to be here today."

Mottet's belief in the drug is being backed up by mounting science that shows it could be a game-changer in the fight against the virus. As the B.A.R. previously reported, drug trials of leronlimab are being overseen by San Francisco's physician Jacob Lalezari, well known for his decades-long work conducting clinical trials on HIV drugs.

In an April 21 interview with the B.A.R., Lalezari said that leronlimab, if used early, would save the lives of most of the people who died of COVID-19, reduce the need for ventilators, and ultimately help open the economy much sooner.

"I don't know if this is a double, a triple, or a home run, but I know it is working," said Lalezari, who cited blood work showing that patients who took the drug had a lower level of a so-called cytokine storm chaos.

Cytokines are produced by the body's immune system as signals to help coordinate the fight against a virus. But with COVID-19 that cytokine response can quickly overwhelm the respiratory system.

"The virus makes you sick. But it is the immune system that kills you," Lalezari said.

Blood work also showed that patients who received leronlimab also had healthier levels of immune cells after taking the drug.

The Food and Drug Administration has approved leronlimab for "emergency Investigational New Drug (IND) use, but not for "compassionate drug use." The former makes access to the drug much more onerous than the latter. Under the current IND protocol, doctors must get the FDA's approval in advance for each individual patient before using the drug, a time-consuming process involving a daunting amount of paperwork.

"It is the paperwork in part that is killing people right now, " Lalezari said.

Leronlimab is produced by the small Vancouver-based pharmaceutical company CytoDyn. Leronlimab was used by 800 patients as an experimental HIV drug. Lalezari said it has been proved safe.

"There's not a single safety consideration about Pro 140 (leronlimab)," Lalezari said. "We haven't seen a signal of any side effect of toxicity."

The drug is also undergoing a clinical study of its effectiveness against breast cancer and has shown early promising results in some of the dozen patients enrolled so far.

CytoDyn named Lalezari its chief science officer but Lalezari noted that he has no stock in CytoDyn and that ultimately his support of leronlimab as a treatment for COVID-19 may work against his personal financial interest if the company diverts its supply of the drug from HIV patients to COVID-19 patients.

The doctor who suggested Mottet try leronlimab, UCLA infections disease expert Dr. Otto Yang, said they may never know for sure if leronlimab had cured her.

"We have seen several patients that have appeared to get better after taking it but not every patient of course had gotten better quickly after getting it so we don't know," Yang told the B.A.R. in an April 24 phone interview. "I don't know if it's due to the drug or if they would have gotten better anyway. It is circumstantial evidence at this point."

Yang said that he has not had a problem getting the FDA to approve the use of leronlimab on individual patients.

When asked if there were any downsides to prescribing leronlimab to anyone suffering from COVID-19 since it has no known side effects, Yang responded, "You can't necessarily always extrapolate safety trials of the drug in one patient population to another. It's been used in a large number of patients, predominately with HIV, for its intended purpose of treating HIV. In that population it's looks like it's been extremely safe.

"And so we are guessing it should be extremely safe in other populations such as patients with COVID-19. Maybe (COVID-19) patients are skewing older than the population that it was tested for with HIV, but we can't know that for sure until some more trials," he added.

Leronlimab is one of four experimental drugs Yang is using with COVID-19 patients.

CytoDyn hopes to enroll nearly 400 patients for its double-blind placebo trials of leronlimab and so far has enrolled a little over 30. It's too soon to know any results from that trial yet. Of the 36 patients who have used the drug under the emergency use protocol, Lalezari noted that results overall have been encouraging. Lalezari said that he expected the results would be much better if the drug was administered before patients developed a cytokine storm response or needed to be put on ventilators.

Updated, 4/24/20: This article has been updated with comments from the physician at UCLA who treated the patient.

India moving forward in fight against HIV/AIDS
Sign up!