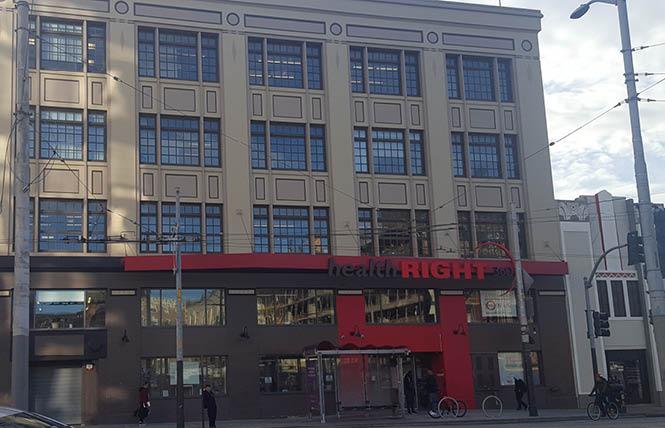 Lyon-Martin Health Services and the Women's Community Clinic, which are moving tentatively in May to parent organization HealthRIGHT 360's Integrated Care Center at 1563 Mission Street, will see a reduction of between 50% and 90% in the number of people they see, an official told the Bay Area Reporter Friday.

That contradicts what the official, HealthRIGHT 360 CEO Vitka Eisen, initially told the B.A.R. in an interview earlier this week.

Eisen said Friday that she was referring to the kind of services offered, not the number of people served, when she initially denied there would be reduced services.

Both the move and the reduced number of clients served are due to financial reasons, she said. 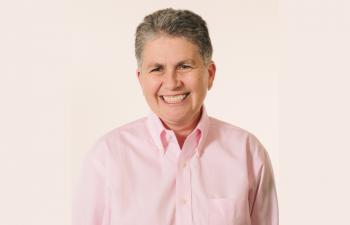 "Both of them, independently and together, have had significant financial losses every year," said Eisen, a queer woman who is HealthRIGHT 360's president and CEO, in a phone interview with the Bay Area Reporter March 9. "In a good year, it was a loss of $400,000 and it peaked out at $1.7 million — it was a total of $5 million over the last six years. Since they can't be sustainable independently as independent locations we are moving and consolidating them to a block-and-a-half away."

The relocation, two blocks away from where the clinics currently operate, has angered some trans people and union members, who held a protest March 12.

Gay District 8 Supervisor Rafael Mandelman said in a phone interview with the B.A.R. March 13 that he was "saddened and troubled" to hear about Lyon-Martin's move and the reduction in services.

"Lyon-Martin is a critical health care institution in San Francisco's queer and women's communities," Mandelman said. "It's one of the few places where trans folks can get trans-affirming healthcare. I'd be troubled in any circumstance but it does not seem like a good idea in our current healthcare crisis."

Mandelman said that while HealthRIGHT 360 said it is being done for financial reasons, there are other people with a stake in Lyon-Martin.

"I don't think the decision is just for HealthRIGHT 360," Mandelman said. "The city and county of San Francisco needs to be part of that as well."


Jordan Davis, a trans woman and client of Lyon-Martin, wrote in an email that she was "glad to see the community come together."

"Last night, a lot of people were willing to take a huge risk in going to a rally, but it was because many of us feared that the COVID-19 crisis could be an excuse to push through things that might otherwise be protested," Davis wrote March 13. "There is also a deeper structural issue here. Medicaid reimbursement rates are known to be low, especially in California, and not only should we focus on saving trans and cis women's health care, but we also need to move to a single payer system to make sure clinics like Lyon-Martin remain sustainable."

As the B.A.R. previously reported, Lyon-Martin Health Services has been part of HealthRIGHT 360 since 2015, and Lyon-Martin moved to its current location at 1735 Mission Street in 2017. Founded in 1979, 59% of the patients identify as transgender or genderqueer, and it was named for longtime lesbian activists Phyllis Lyon and her late spouse, Del Martin.

The Women's Community Clinic has been part of HealthRIGHT 360 since 2017 and moved to the 1735 Mission Street location in 2018. It opened in 1999 and seeks to provide a welcoming environment for low-income women.

"We're trying to preserve the service and minimize losses," Eisen said, noting that HealthRIGHT 360 would have trouble making payroll, cash obligations, and maintaining good credit. HealthRIGHT 360 rents the 1735 Mission Street space, according to a spokesperson.

Eisen noted that the change may be difficult for clients who have grown accustomed to the discretion that the current site offers.

"Only people in the front room for each are seen for that specific clinic — women's health and transgender health care. That's the staff and the patients," Eisen said about the 1563 Mission Street location. "The new one, a block away, is large. It's our headquarters, it's five stories and has different services on each floor. It includes cisgender men and women, and transgender men and women, and a range of populations."

Eisen said people are thinking of having special "discrete" hours at the clinics, though it would not be eight hours per day, five days per week.

Davis voiced some concern with having cisgender men in the same space as the transgender people seeking medical services.

"It may cause people like myself, who have trauma around cis men, to avoid health care," Davis wrote in a Facebook message to the B.A.R. March 9.

Davis is also concerned about an interruption in services.

"I am in the middle of getting everything together for vaginoplasty, and I am sickened to see that might get disrupted," Davis wrote. "I even just started getting laser hair removal there, and now, I am thrust into uncertainty.

"It is a disgusting pattern that services for low-income women, cis or trans, are put on the backburner, and HealthRIGHT 360 needs to reverse its decision," Davis added.

Davis said she has contacted District 9 Supervisor Hillary Ronen about the issue.

Ronen told the B.A.R. March 10 that her office is going to receive a briefing from HealthRIGHT 360 on its plans in the coming days.

"What we're advocating at this point is that HealthRIGHT 360 reorganize the location so that there is a safe space for the trans community and for women," Ronen said, specifying that she is referring to the 1563 Mission Street location that Lyon-Martin and the Women's Community Clinic are moving to.

Eisen said there would be an orderly transition.

"We've done this before where we've relocated," Eisen said. "We spend a lot of time notifying patients having information posted and doing appointment reminders, and letting patients tour the new space if they want to."

A spokeswoman for HealthRIGHT 360 said that it is unclear if a whole floor of the new space will be dedicated to Lyon-Martin and the Women's Community Clinic.

"Exactly what the space will look like and how it will function inside our Integrated Care Center is still being planned in collaboration with the staff but our plan is that, for the days and times (also still being worked out) that the Lyon Martin and Women's Community Clinic is operating, it will have a dedicated space but not necessarily a dedicated floor," Lauren Kahn, HealthRIGHT 360 vice president of communications and government affairs, wrote in an email to the B.A.R. March 9.

Eisen added that if people go an appointment at 1735 Mission Street by accident, staff on-hand for an out-patient substance use program will direct them to 1563 Mission Street.

"This move will significantly reduce programs and access to life saving care for the cis-women and trans and gender-nonconforming people that we serve," the description on the rally's Facebook page states. "We are concerned that our patients will not be able to access many of these services, including transition surgeries, hormones, and abortion services at the new location, and that the new space will not be a safe and affirming environment for our patients and staff

"As members of SEIU 1021, Lyon Martin Health Services and Women's Community Clinic staff are exercising our rights to stand up for our patients, our clinics, and our jobs," it continued.

SEIU 1021 disputed Eisen's assertion that there won't be cuts in services. HealthRIGHT 360 member Katarina Aramayo, a trans woman who works at Lyon-Martin, said that the move will result in "a significant reduction in services to the populations we serve."

"I almost wonder if there was a misunderstanding because there was a clear communication that there will be a reduction," Aramayo said. "They would not be able to sustain the current capacity. There will be less working staff and an increased workload on remaining staff. Everyone making the move will have to work twice as hard."

Mandelman and Davis spoke at the rally, which according to Mission Local was attended by about 80 people.

Eisen said that HealthRIGHT 360 is still in last-minute talks to keep Lyon-Martin Health Services and the Women's Community Clinic at their current locations.

"We are making an effort now with workers from that clinic, and the SEIU, to find funding for this year and next year," Eisen said. "It would need to be a sustainable source."