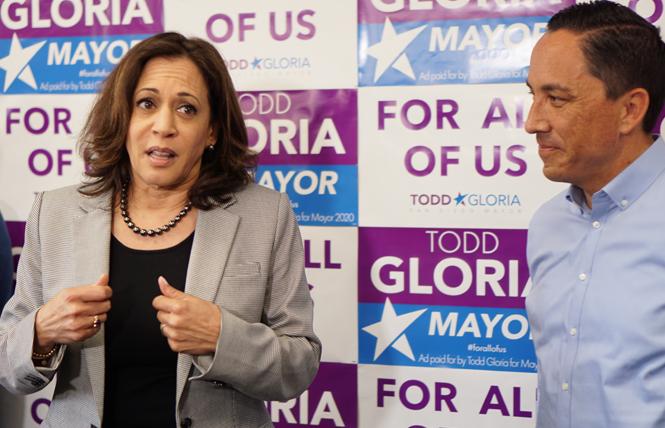 
With 1.4 million residents, San Diego is the eighth-largest city in the country and the second largest in the state. After serving on the City Council, Gloria was elected to the 78th Assembly District seat, succeeding Toni Atkins, a lesbian former city councilwoman who also had served as interim mayor of San Diego.


If Gomez, who was endorsed by the California Democratic Party, wins the seat, she would be only the third LGBT community member elected to Congress from California. The first, gay Congressman Mark Takano (D-Riverside), came in first place Tuesday in the primary race for his 41st congressional district seat. Takano had 48% of the vote and in November will face off against Republican Aja Smith, who took second with 37.6% of the vote.