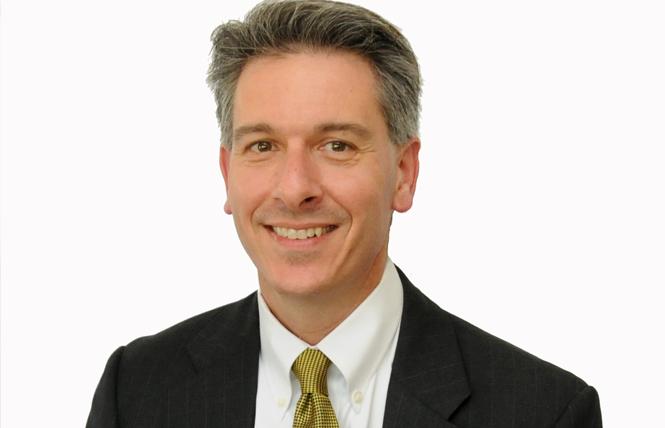 This race presents a difficult choice. There are two out candidates running for a single seat on the Alameda County Superior Court, along with a straight ally, who deferred consideration, expressing that an LGBT publication should endorse LGBT candidates.

Both Mark Fickes, a gay man, and Elena Condes, a Latina lesbian, would make great judges, which is evident by their answers to our endorsement questionnaire.

We give the edge to Fickes, in part because of the variety of his experience over 24 years. Fickes has been a prosecutor, represented plaintiffs and defendants in a wide variety of civil cases, and civil regulatory enforcement matters when he worked at the Securities and Exchange Commission. He has represented the government, individuals, farmers, whistleblowers, small businesses, and large corporations. He served for over a year on the Court Appointed Attorneys Program administered by the Alameda County Bar Association, to represent indigent criminal defendants in situations that disqualified the Alameda County Public Defender's office due to a conflict. He continues to handle occasional criminal cases pro bono even though he is no longer on the CAAP panel.

Today, Fickes is a partner in a small San Francisco firm, where he does some civil rights work under 42 U.S. Code section 1983. This federal statute allows for lawsuits against the government or its agents for deprivations of civil rights.

Concerning changes to the Alameda County Superior Court, Fickes responded in his questionnaire that he has spoken out about barriers to access to the civil justice system on the campaign trail. "Many of our most vulnerable citizens find themselves unrepresented in family law matters and unlawful detainer [eviction] actions," he wrote. Those cases are presently all heard at the Hayward Hall of Justice, which can be difficult for people to get to, especially if they don't have a vehicle. While he stated that he understands the need for efficiency, he'd like to work with his colleagues to evaluate the effects consolidation has had on county residents. He would also advocate for civil cases being heard at the new courthouse in Dublin, which right now handles only criminal cases.

Fickes has experience with LGBT people in the court system. Early in his career when he was a deputy district attorney in Santa Clara County, he had a domestic violence case involving a same-sex couple. "The victim was scared to testify because police were not very compassionate when they arrested his partner," Fickes wrote. "They made the arrest because the evidence of violence was clear, but they were dismissive and disrespectful through the process." Fickes wrote that he worked hard to encourage the young man to stay involved, but it was not easy. The defense attorney said a jury would never convict under the circumstances. Ultimately, Fickes presented a united front with the victim, police, and other witnesses and settled the case.

Another incident affected him personally. During a very contentious case, the opposing attorney started calling Fickes a "faggot," and said he should screw his boyfriend instead of her client. "No one in the court, including the judge or other attorneys present, said anything," he wrote. He learned about the incident when another attorney told him about it. The judge later apologized and the attorney who uttered the slur eventually also apologized. No doubt that Fickes' experiences have afforded him empathy and insight into discrimination and disparities that are present in the legal system.

That brings us to our last point about Fickes — if elected he would be the second out gay man on the Alameda County bench. His election would add to the diversity of judges in the county, which already include several lesbians and a trans woman (although not a lesbian of color). Voters must weigh the outstanding qualifications between Fickes and Condes, who has a strong background as a defense attorney; but only one can prevail, so our recommendation is Fickes.