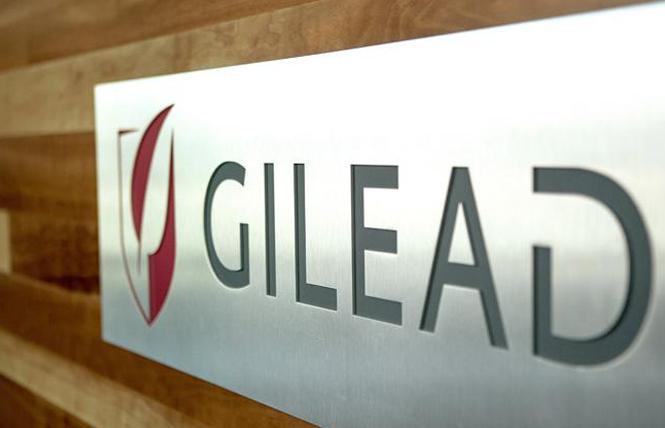 Gilead lost a case that sought to invalidate government patents for medications used for PrEP.

A federal patent appeals board has refused a request from Gilead Sciences Inc. to invalidate two patents the Department of Health and Human Services claims to hold on the use of medications for PrEP.

As the Bay Area Reporter previously reported, advocates announced last spring that they had uncovered evidence that the Centers for Disease Control and Prevention holds patents on the use of antiretrovirals for PrEP. In August, Gilead filed a challenge with the U.S. Patent and Trademark Office, claiming that it rightfully holds these patents.

Gilead developed Truvada (tenofovir disoproxil fumarate/emtricitabine) and its successor, Descovy (tenofovir alafenamide/emtricitabine), for HIV treatment. But government-funded scientists conducted much of the research that led to the approval of the combo pills for HIV prevention.

In November, HHS, in turn, sued Gilead, alleging that the company "willfully and deliberatively" infringed on PrEP patents held by the CDC. Advocates urged the government to collect royalties from the company and use them to fund a national program to provide low-cost PrEP and related services.

"Gilead must respect the U.S. patent system, the groundbreaking work by CDC researchers, and the substantial taxpayer contributions to the development of these drugs," Health and Human Services Secretary Alex Azar II said at the time.

Gilead rejected the claim, arguing that the concept of using antiretrovirals to prevent HIV predates the government's research.

Last week, the PTO's Patent Trial and Appeals Board ruled that Gilead failed to demonstrate that there is a "reasonable likelihood of prevailing" in its challenge to the HHS patents.

"This is a major victory for activists and the U.S. government," James Krellenstein of the PrEP4All Collaboration told Stat, a health-oriented news website. "This reinforces the position that the CDC patents are fully valid and enforceable, and that Gilead willfully and recklessly infringed on valid patents that form a major revenue center in their product pipeline."

Truvada and Descovy each cost around $1,700 per month, and advocates estimate that Truvada brought Gilead in nearly $3 billion in revenues last year. Gilead offers a patient assistance program and co-pay card that reduces out-of-pocket expenses, but many people still have trouble affording it, and the high cost is a burden for public health programs that aim to expand the use of the prevention pill.

Gilead issued a statement after the latest ruling reiterating its position that the HHS patents are invalid. The company stated that the denial was based only on the "limited evidence" it was allowed to introduce in its request for an expedited review, and that it has "additional defenses" against the government's lawsuit.

"There is compelling evidence demonstrating that the HHS patents are invalid," the statement reads in part. "[P]ublished materials clearly show that others had earlier conceived of using an antiretroviral therapy for pre-exposure prophylaxis."

Other legal woes
This HHS patent dispute is only one of the legal challenges Gilead is facing.

Unrelated lawsuits allege that Gilead withheld tenofovir alafenamide (TAF) — the newer version of the drug in Descovy and other combo pills — until patents on tenofovir disoproxil fumarate (TDF), the older version in Truvada, were about to expire. TAF is less likely to cause kidney and bone problems in people using the drug for HIV treatment, but it is associated with higher cholesterol levels and weight gain. Advocates have asked the PTO to deny Gilead's request for a patent extension on tenofovir alafenamide and its coformulations.

Similar safety claims arose in a series of misleading Facebook ads suggesting that Truvada was unsafe for PrEP and recruiting plaintiffs for personal injury lawsuits. However, research has shown that both Truvada and Descovy are highly safe and effective for HIV prevention. More than 50 LGBT and HIV/AIDS organizations demanded that Facebook remove the ads; the company did so in January.

Finally, Gilead is also facing legal woes in China, as scientists at the government-run Wuhan Institute of Virology seek to patent the company's experimental antiviral medication remdesivir, which is being tested as a treatment for the novel coronavirus.