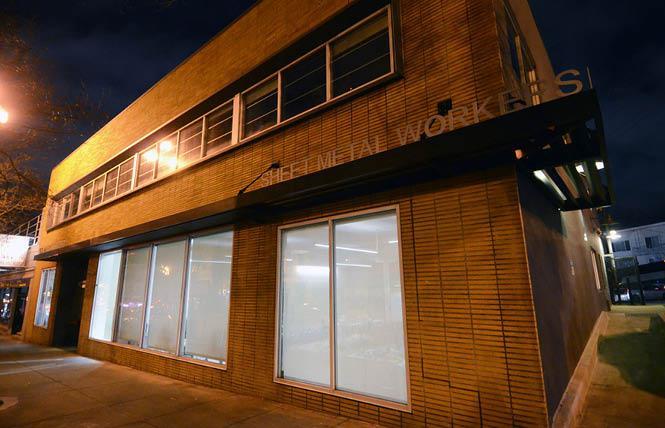 The San Francisco Board of Supervisors Tuesday approved the purchase of the building and parcel at 1939 Market Street in the Castro, where the city aims to construct affordable senior housing. Photo: Rick Gerharter

The San Francisco Board of Supervisors Tuesday unanimously approved the $12 million purchase of a triangular lot on upper Market Street in order to build affordable senior housing on the property.

In January, Mayor London Breed's office announced that the city was in "advanced negotiations" to buy the existing building and parcel at 1939 Market Street from the union representing sheet metal workers. The city will issue a call for proposals from developers to construct 100% affordable housing for seniors on the 7,840 square foot lot.

As the Bay Area Reporter noted at the time, the development is expected to benefit older residents of the LGBT Castro district, as a certain number of units will be set aside for people residing in the neighborhood. The site, at the corner of Market and Duboce streets, is near the affordable senior housing project at 55 and 95 Laguna Street that was built specifically with LGBT older adults in mind.

The Mayor's Office of Housing and Community Development expects to close escrow on the property by the end of March. The request for proposals for the site should be released by the end of the summer or in early fall.

The bond also included language giving priority to projects in parts of the city that have seen little affordable housing be built, such as the Castro neighborhood. Gay District 8 Supervisor Rafael Mandelman had told the B.A.R. of his desire to see the site become home to another housing development primarily for LGBT seniors.

"A combination of high land costs and a lack of developable sites make it difficult to build affordable housing in neighborhoods like the ones I represent. But if we are serious about keeping people from being displaced from the neighborhoods they helped to shape, we must figure out ways to make it work," he stated after today's vote. "The acquisition of 1939 Market Street will allow us to build desperately needed affordable housing for seniors in Upper Market, ensuring that LGBTQ seniors at high risk of eviction can remain in the Castro."

Mayor London Breed said in a statement that more affordable housing is needed.

"Projects like 1939 Market are exactly why we fought for affordable housing in the budget and why we passed the Affordable Housing Bond," she stated. "I'm looking forward to seeing this housing development provide affordable homes so that our seniors can continue to live in San Francisco and age with dignity."

It remains to be seen if Openhouse, a nonprofit provider of LGBT senior services in San Francisco, will partner with a developer to bid on the project. The agency's executive director, Karyn Skultety, Ph.D., had told the B.A.R. last month it was too soon to know if the nonprofit would do so.

It partnered with affordable housing developer Mercy Housing on the construction of the 119-units of LGBT-welcoming affordable senior housing nearby on Laguna Street.