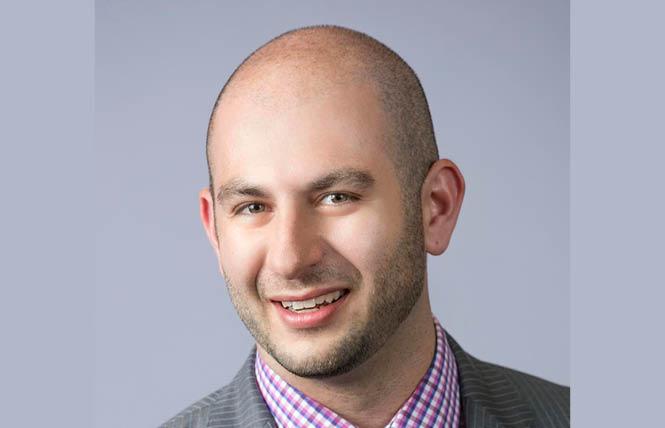 I am honored and privileged to have been elected as president for the next two years of the Eureka Valley Neighborhood Association, San Francisco's oldest neighborhood organization, dating back to 1881. While much of the world (myself included) is centered on national elections and politics, I want to encourage residents of the Castro to take time to focus locally, too.

The Castro is one of the most engaged, active neighborhoods in the vibrant city of San Francisco. It has great restaurants, nightlife, delightful locally-owned stores, original Victorians, and its very own Muni underground station. Even so, the realities of day-to-day life in our neighborhood sometimes catch up with us.

The Castro has an unusually high number of commercial vacancies — one of the highest rates of any neighborhood in the city. We have far too many unhoused neighbors, many with co-occurring mental health issues and addiction issues, who do not have anywhere to go either during the day or at night, nor sufficient localized health care, affordable housing, or other resources. We have no cohesive green space in the neighborhood at all; Dolores Park and Kite Hill are both on the outskirts of the Castro while the Eureka Valley Recreation Center complex provides almost no greenery or usable park space. Commuters who go through the Castro Muni station have frequent and significant delays nearly every day. There are so many things we can improve on and this list is only the beginning.

I am extraordinarily lucky to have a committed and passionate group of neighbors and compatriots serving on the EVNA board of directors this year. We are lucky to have our District 8 supervisor, Rafael Mandelman, who cares deeply about our neighborhood. We are fortunate to have an active and effective Castro/Upper Market Community Benefit District, the engaged Castro Merchants, fantastic Castro-based nonprofit organizations such as the GLBT Historical Society & Museum, Lavender Youth Recreation and Information Center, the Castro Street Fair, the Castro Country Club, Castro Cares, Castro Community on Patrol, the Sisters of Perpetual Indulgence, Our Town SF, and so many more.

But even with all these incredible people, groups, and resources, the Castro deserves more. The only way to achieve these goals, for a neighborhood that is safe and affordable, clean and green, is to band together. The Castro generally has a well-to-do, highly educated, and very talented population. We have a high rate of homeownership. We all have busy and hectic lives, and in a year with an extremely important presidential election, it is difficult to focus locally.

On January 23, the EVNA held our first public meeting of the year and the decade. Over 30 neighbors came out and spoke with Mandelman about myriad issues facing the neighborhood — everything from dirty streets to new speed bumps to the ever-elusive S Castro Shuttle. We then spent nearly an hour creating a vision for the Castro. Dreaming big, without placing judgments or constraints on people's ideas. And I was amazed at what people came up with. The energy is great and continuing to build.

My vision for what the EVNA can achieve in the years ahead is limited only by the willingness of Castro residents to participate in making our neighborhood better. People advocating at City Hall for what our neighborhood needs and deserves. People volunteering for neighborhood cleanups, park restorations, outreach projects, and beautification efforts. I'm proud to be in a position to help lead this effort, but I ask each Castro resident reading this column to think of something they would like to see change and commit themselves to volunteering some amount of time to making that proposal a reality. I promise that dozens or hundreds of other neighbors want to see the same changes — they tell me so every day.

Some of the proposals from our January 23 meeting include: a revamp of the Eureka Valley Playground/Rikki Streicher Field; centralized dispatch for Muni underground trains; an architectural integrity initiative; creation of a "hummingbird" center for drop-in mental health services; taking a new survey of commercial vacancies and engaging with the landlords; and many more.

In order to make any of these ideas into a reality, we need Castro residents to step up to the challenge and make a commitment to making these feasible, inspired ideas a part of their day-to-day life. I am proud to lead these efforts to make the Castro a better neighborhood for all.

If you have another idea or simply want to join this movement, email me at alex.lemberg@evna.org. A happy and successful 2020 to you all!

Alex Lemberg is a gay man and the new president of the Eureka Valley Neighborhood Association. For more information, visit http://www.evna.org